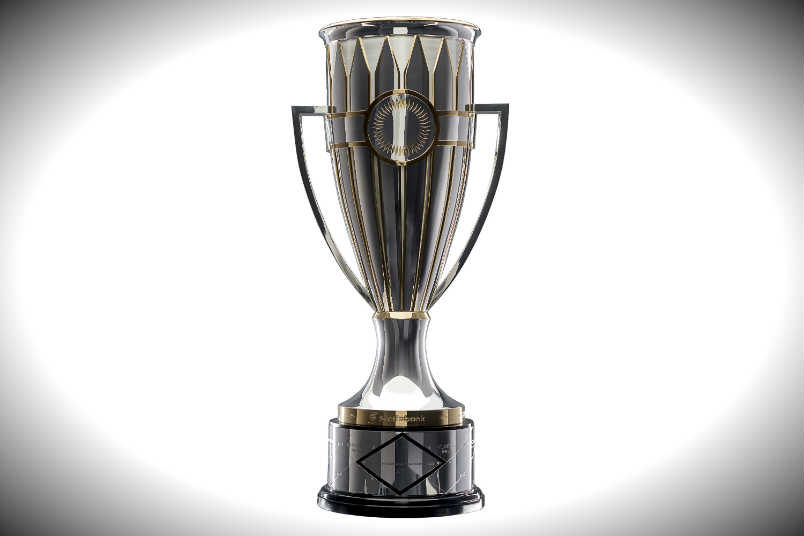 By Luis Bueno – RIVERSIDE, CA (Apr 24, 2019) US Soccer Players – Monterrey and Tigres UANL play their respective home games less than 10 miles from each other, practically rubbing elbows in the process. Such a local rivalry though is not only for the locals to enjoy. In fact, this one is for everybody.

Monterrey and Tigres opened the two-leg final of the Concacaf Champions League on Tuesday, with Monterrey landing the first blow. The bitter rivals will square off at Monterrey’s Estadio BBVA Bancomer on May 1 to decide regional supremacy.

The first leg lived up to the hype with the two teams playing a riveting and emotional 90 minutes at Tigres’ Estadio Universitario. Fans clad in Tigres’ dark yellow chanted and marched to the stadium hours before the match, with flares and smoke bombs punctuating the excitement. Monterrey for its part counted on thousands of its own spectators who made a presence in their blue-and-white striped jerseys.

All that hoopla and fanfare makes sense. Tigres and Monterrey have a heated rivalry made great by not only the clubs’ respective successes in recent years but also the proximity to one another. The teams’ ever-present fight for the city of Monterrey has become the top rivalry in Mexico.

Chivas vs Club America’s Clasico Nacional, or National Derby, is generally considered the top rivalry in Mexican soccer. Tigres and Monterrey’s Clasico Regio is better, both in the quality of matches it produces and what is usually at stake. Both Tigres and Monterrey have won Liga MX championships in the last decade. Tigres have won four and have reached six finals while Monterrey have won two and reached five finals overall since 2009.

Tigres, however, has not yet claimed continental glory, at least not in recent history. With this season’s appearance, Tigres has reached three of the last four Concacaf Champions League finals. Tigres has never won a Concacaf title in any of its previous iterations. Monterrey meanwhile is trying to get back to its regional dominance. They won three consecutive Concacaf titles, from its 2010-11 win over MLS club Real Salt Lake through the 2012-13 win over Santos Laguna.

This will establish which team is the best in the confederation but it will also help one team gain the upper hand against the other. With Monterrey’s win on Tuesday, the all-time series is even at 40 wins apiece for each side and another 37 matches in finishing in draws.

Of course, this might only be temporary. With two weeks remaining in the Clausura 2019 season, Tigres sit in 2nd-place in the overall table on 33 points with Monterrey 3rd on 29 points. A postseason meeting then is a possibility, but not a novelty. Tigres beat Monterrey in the Apertura 2017 final, a spirited series that Tigres won by a 3-2 aggregate score.

Of all the other rivalries, though, this kind of success is what sets the Clasico Regio apart. Chivas and America have combined for four league titles and one Concacaf title apiece.

This series should catapult this derby into the top derby in North America, if it is not already, and one of the top three in the Western Hemisphere. It is not at the level of Boca vs River, which may be a good thing. Boca vs River were in the same situation late last fall when the two Argentine giants met in the Copa Libertadores. So heated was the final that River Plate supporters pelted Boca Juniors’ team bus prior to the second-leg, scheduled for River’s home grounds, shattering windows and injuring players. After a postponement, the game ended up played in Spain.

Tigres vs Monterrey has thus far avoided such hostilities while keeping the passion. If that passion does happen to spill over between supporters of either side, law enforcement will be there to quell it quickly. Between state and regional forces, private security and stadium personnel, there were around 3,600 security forces in place Tuesday both in and around the stadium to keep the peace.

Things did appear to be close to spilling over earlier Tuesday. Police and security forces banned marches from supporters’ groups from both teams, but neither side complied. Monterrey supporter group La Addicion announced early in the day that such a march would take place. That was despite the government of Nuevo Leon, Monterrey’s state, reminding both sides that a ban on such marches has been in place since 2017. Unlike September though when one Tigres fan was severely injured after a stabbing in a pre-match brawl, there were no reported major incidents.

On the field, a Monterrey win would catapult the team back to the top of Concacaf and give the club some great momentum for success in the Liga MX postseason. Tigres meanwhile needs to put a stamp on four years of sustained success in this tournament. That means once again seamlessly turning its Concacaf success into league success, as it has done in recent years.

Whether it’s a preseason friendly or the greatest stage in Concacaf, this derby is always meaningful. Now that it’s also drawing international interest, perhaps this is the next step for the Champions League.