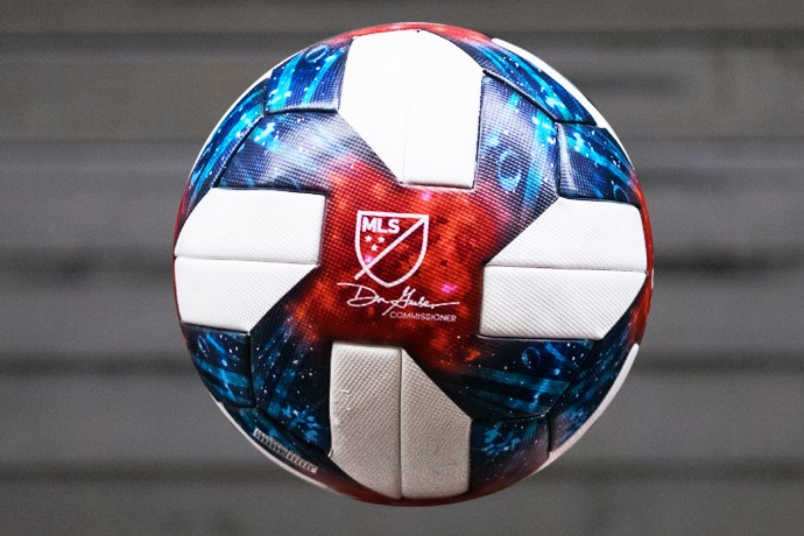 By Charles Boehm – WASHINGTON, DC (Apr 19, 2019) US Soccer Players – Major League Soccer dropped two hefty pieces of news after its Board of Governors meeting in Los Angeles this week. The first was no great surprise, official confirmation that the league will expand further, to 30 teams, in the coming years. The second was a bit more dramatic.

MLS said it will now collect as well as pay training compensation and solidarity payments for young players exiting and entering the league and its academies. Citing its millions of dollars of investment in the youth space in recent years, the league announced its desire to gain greater return on the rising tides of professional prospects produced by that system.

This is a sea change from the past, when MLS and the US Soccer Federation spent significant time and resources arguing against the implementation of such a system in the United States. Those efforts ran all the way up to the halls of FIFA, where a case involving DeAndre Yedlin’s 2014 transfer from the Seattle Sounders to Tottenham Hotspur is still under review by the governing body’s Dispute Resolution Chamber. A ruling could come at any time.

Yet, the league’s announcement isn’t exactly a surprise. A decade of steadily-increasing involvement in the academy system has also had some prominent departures for Europe like Weston McKennie and more recently, US youth internationals Alex Mendez and Uly Llanez. In those cases, FC Dallas and the LA Galaxy felt stuck with the bill, as top prospects from their academies signed with German clubs upon turning 18.

Commissioner Don Garber signaled the shift last year when he explicitly stated his desire to make MLS more of a selling league. In doing so, it is finally joining the world soccer market to an unprecedented extent, aiming to become a thoroughfare for talent instead of just a cul-de-sac for older star names. In the long term, it could potentially help American players and clubs, and thus the national teams, immensely.

As is so often the case, however, there’s a catch.

MLS made clear that it is only embracing TC/SP for its own member teams. For now at least, it’s not overseeing or advocating for a holistic solution that involves all clubs, from youth-only organizations to lower-division leagues like USL. That includes leaving be the chaotic current reality in which youth players can move freely from club to club with no official system of compensation for those who play significant roles in their development, are often “poached” by bigger, stronger clubs and sometimes move thousands of miles away from their home communities in pursuit of pro opportunities.

Nor, it seems, is the US Soccer Federation. This week we also learned that after convening a 2015 summit of relevant parties on the TC/SP issue, USSF found the matter knotty enough to effectively throw up their hands and try to avoid it altogether. ESPN’s Jeff Carlisle reported that the Fed has since then “maintained a position of neutrality on the issue of training compensation and solidarity payments” and “will not be a party to enforcement of those regulations,” though it will “continue to pass through any claims made by clubs as required by FIFA regulations.”

It’s a pretty surprising stance for the sport’s national governing body to adopt. It’s USSF’s job to administer and enforce FIFA regulations in the United States, yet it’s MLS announcing this landmark change in policy. That’s likely to cause further suspicion and resentment from many non-MLS entities in this space who already see a conflict of interest in the two organizations’ interwoven ties.

On that list is the MLS Players Association, which has long opposed TC/SP on the grounds that it is a de facto tax on overseas transfers and thus restricts the movement of American players seeking the advance their careers. The union quickly released a statement of disapproval after MLS’s announcement, noting the league’s selective approach towards this and other FIFA policies, and said it would explore all options at its disposal.

That only drives home the unfinished business in this situation. MLS adopting TC/SP is good for MLS and most stakeholders within the league. If USSF really does stay on the sidelines here, it might turn out to be a negative development for many others.

Even as it continues to expand, MLS is only able to maintain a presence in a fraction of this enormous country’s overall youth soccer environment. Promising players have for decades fallen through the cracks, whether by lack of access to quality coaching and competition or falling out of the reach of MLS and USSF talent-identification scouts. This has made the US and Canada something of a “gold rush” situation for talent hunters from abroad. It’s no secret that part of that is because little or no compensation due to domestic clubs to sign them.

This week’s news sets up a scenario in which MLS – as it has in other respects – marks off its share of the turf, but still leaves a vacuum further down the pyramid. Thousands, perhaps millions of players could still be ripe for the picking, but only if they’re not yet claimed by an MLS academy. Conversely, players would face a tough tradeoff: Join the MLS system and gain access to top infrastructure and exposure while forced to accept the single-entity system’s centrally-suppressed salaries and tight control over movement.

So then what? We’d have a new version of the same old chaos in which coaches, agents, and informal advisors can hustle for a piece of the action with little to no regulation or oversight, while kids and their families must navigate it all as best they can with limited resources. MLS teams would very quickly have to wade into that muck even more deeply than they already do, setting the stage for more power plays and more bad blood all around. It hardly provides a clear path towards finally maximizing the nation’s unfulfilled soccer potential.

MLS has made admirable progress on the player development front, and TC/SP is a key aspect of that. Without clear, principled leadership from the US Soccer Federation, we’ll only get partial solutions.