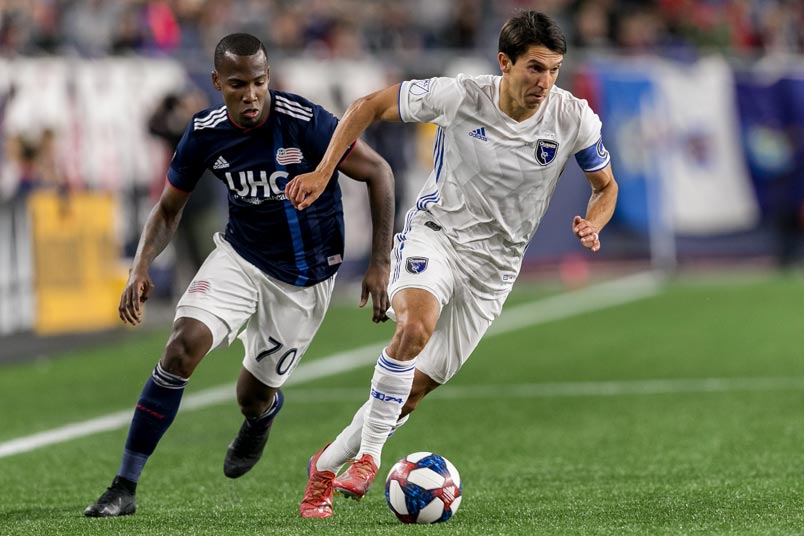 A day after the New England Revolution announced that they were "parting ways" with longtime general manager Mike Burns, the club announced the hiring of Bruce Arena as coach and sporting director. The move was hinted at shortly after the club fired Burns, with that following last week's dismissal of head coach Brad Friedel.

“Bruce is one of the most successful coaches in American soccer history," New England investor/operator Robert Kraft said in the press release announcing the hire. "We feel his commitment to excellence, track record of winning championships in Major League Soccer, as well as his success at the international level, makes him the best person to bring the Revolution back to MLS Cup contention. We have known Bruce dating back to the advent of MLS, and we have full confidence that he will raise the level of our club to the standard we all expect and demand."

Arena takes over a team that is last in the Eastern Conference, tied on points with FC Cincinnati. The club lost 6-1 at Philadelphia and 5-0 at Chicago prior to the coaching decision. Under interim coach Mike Lapper they beat San Jose 3-1 at home on Saturday. That's an indication of just how fluid results in this league have been this season, with the potential for any club to turn things around or head in the wrong direction in the short term. As it stands, the Revolution are five points out of the playoff picture with the worst goal difference in the league at -17.

What they get in Arena is a coach who knows how to operate in control of the technical side. He held duel roles with the LA Galaxy before leaving for the USMNT job following the 2016 season. That Galaxy team made it to the Western Conference semifinals.

Also in the soccer news, USMNT forward Gyasi Zardes became the first MLS player originally signed as a Homegrown to get a Designated Player contract. The Columbus Crew announced the move with team president Tim Bezbatchenk saying, "Gyasi is a player who truly understands the culture of the Columbus Crew and whose work ethic is second to none. Over the last two seasons, Gyasi‘s production as the top American goal-scorer in MLS is commendable and so we are pleased that we were able to reach this multi-year extension that reflects how pivotal he is to our continued success."