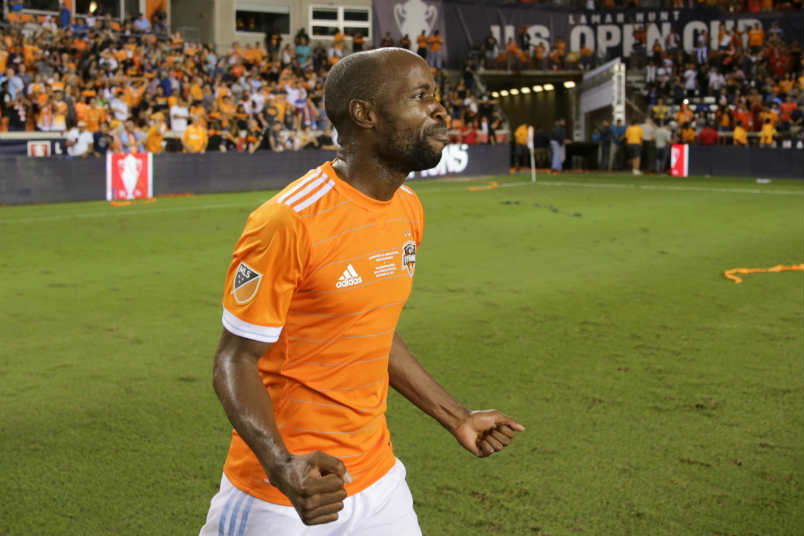 The soccer news starts with DaMarcus Beasley announcing that 2019 will be his last season in pro soccer. Beasley turns 37 on Friday and has been playing professionally since 1999 when he joined MLS as a member of the LA Galaxy.

Traded to Chicago the following season, he quickly became a key component of one of the best teams in MLS and the USMNT. By 2004 he was in Europe with stops at PSV, Manchester City, Rangers, and Hannover 96. Beasley several years in Liga MX with Puebla before returning to MLS in 2014 as a member of the Houston Dynamo. He has 126 appearances with the US National Team, playing in four World Cups.

He’s part of a generation of American players that found success with the 2002 World Cup squad. That team advanced to the quarterfinals with a round of 16 win over Mexico, pushing the game’s popularity with new American fans happy to stay up late to catch games. Beasley is the last member of that team still playing professional outdoor soccer.

Moving on, Tuesday has one of the oddities of European soccer available on ESPN+. It’s the second-legs of the first round of the Europa League playoffs in the Netherlands. If that sounds cumbersome, consider what we’re describing. The clubs that finish 5th through 8th playoff home and away to determine who takes the final qualifying spot.

Why it should take an additional four games to determine whether the team that finished in 5th-place really deserves a Europa League qualifying spot is a solid question the Dutch don’t seem interested in asking. The reward is a place in the second round of Europa League qualifying, meaning games that counts on July 25 and August 1 with a total of six games to make the group stage. The 2019-20 Eredivisie season begins on August 9.

Keir Radnedge’s look at what’s happening with the proposed changes to the Champions League. Inside World Football’s Paul Nicholson on the likely voting procedure for World Cup expansion at next month’s FIFA Congress. The Guardian’s Sid Lowe explains the Garath Bale situation at Real Madrid. World Soccer’s Paddy Agnew with the coaching situation at Juventus.