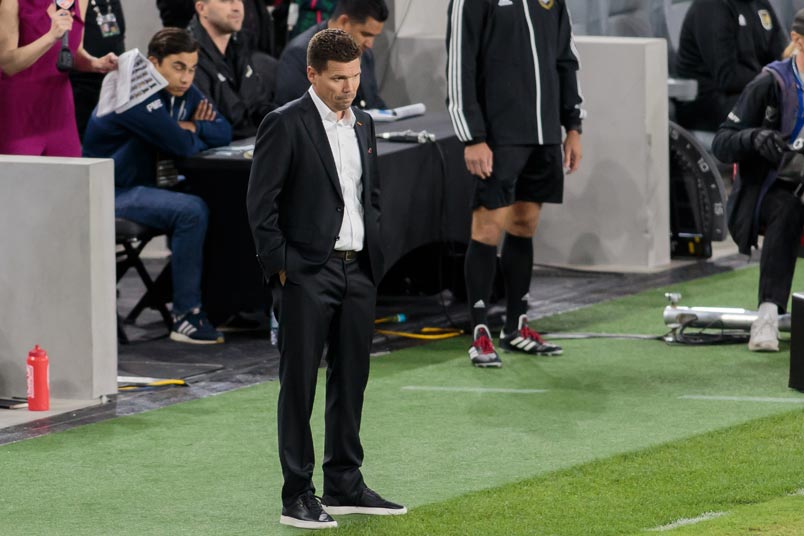 By Jason Davis – WASHINGTON, DC (May 8, 2019) US Soccer Players – Let’s not pretend that FC Cincinnati’s decision to fire head coach Alan Koch 11 games into their MLS expansion season wasn’t a surprise. Although their record of two wins, two draws, and seven losses was among the worst in MLS and the club hadn’t scored a goal in 600-plus minutes, dumping Koch this early in the campaign was still shocking.

There are a couple of reasons for that, the biggest being that as expansion side that ramped to top division soccer on a short timeline, expectations were low. No one would have blamed Koch if FCC finished well out of the playoff places in the Eastern Conference. LAFC and Atlanta skewed the data for expansion teams in recent years, but those clubs remain the first year exception, not the rule.

Koch’s dismissal dropped via a blistering press release issued by the team. President Jeff Berding pulled no punches in describing why Koch was no longer in charge in southern Ohio, taking pains to explain that it wasn’t results that saw Koch fired.

“After a series of recent issues and a team culture that had deteriorated, we determined that it’s time to make a change to return a club-centered focus to the team,” Berding said in the press statement. “This decision is not driven by recent game results themselves, but rather the underpinnings that have led to those results. We have not come close to maximizing the talent we have in the dressing room this year, nor have we seen a foundation being built that will set us up for success this year and into next year. Our whole locker room is committed to our club goal of earning an MLS postseason bid, and we need to put them in the best position to do so.”

Whatever Koch might have done to lead to his dismissal, criticizing the quality of the roster following a loss to the Union in Philadelphia on May 2 probably played a part.

Far from a broadside at the leadership of FC Cincinnati, the comments were nonetheless a passing-of-the-buck by Koch. Koch’s words rang extra loud in the ears of MLS observes because Colorado head coach Anthony Hudson lost his job last week following similar, if slightly more pointed, complaints. FC Cincinnati’s leadership could have taken Koch’s statements as a plea for help and backed the coach. They chose a different path.

Head coaches get a disproportionate amount of the credit when things go well. They also get a disproportionate amount of the blame when they don’t. Trying to apportion blame between coach and front office doesn’t make much sense. What matters is that Berding has the power. He executed that power by firing Koch and made no bones about his belief that the team has enough talent to perform significantly better.

“We just need to have an identity. We don’t have an identity yet,” Adi said in comments to the Cincinnati Enquirer. “Of course, we’re a new team and a bunch of new players but we change formation and, you know, it’s no good. We just have to have an identity and that’s what is missing right now.” We have quality players, good players enough. Obviously, we’re playing a lot of players out of position and this is something we need to identify. We can’t play guys out of position and expect them to be excellent in those positions where they don’t play.”

Once again, it’s worth looking at FC Cincinnati’s press statement. Whoever wrote it thanked Koch for his work at the USL level but conspicuously left out any mention of his time in MLS. Often, coaches get the kindness of flowery language to describe their stint with the club. The release announcing Koch’s firing explicitly mentioned that FC Cincinnati has scored the fewest goals in MLS in 2019. It doesn’t take reading-between-the-lines to surmise that the relationship looks broken.

For now, 29-year-old Yoann Damet will assume the controls as FC Cincinnati’s interim head coach. The club will get a nice PR bump off Damet’s age, but there will soon be a reckoning over the next permanent hire on the Ohio River. FC Cincinnati has broken the seal on coaches, but more importantly, broken the magical spell that comes with being a first-year expansion team in the top division.

Enthusiasm won’t carry the club all on its own anymore. The next head coach of FC Cincinnati will not only need to be better than Koch in terms of results, but his resume will also have to pop off the page. By firing Koch and tacitly admitting that there were internal problems, Berding and the club’s owners have ratcheted up the pressure on themselves.

Something went wrong in Cincinnati. It would be hard enough to fix it if the club was in it’s fourth, third, or even second season. This, however, is year one. It’s a new era for the league’s newest club and that doesn’t necessarily bode well for the immediate, or intermediate, future.