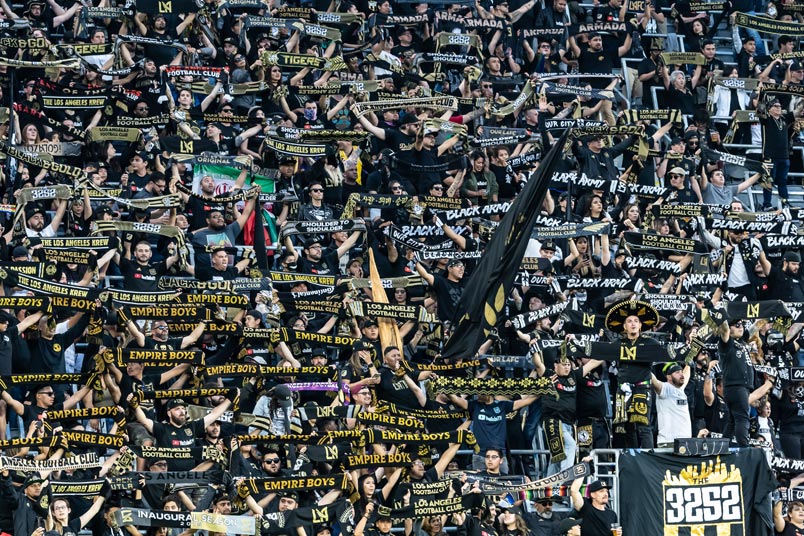 By Charles Boehm – WASHINGTON, DC (May 10, 2019) US Soccer Players – The first 10 weeks of Major League Soccer’s 2019 regular season are now in the books. Though 24 rounds remain over the next five months, it’s a good time to take stock. Here’s a rundown of what we’ve seen so far.

Goals and Greatness: Just a few months ago Josef Martinez completely smashed the single-season scoring record of 27 goals that dated back to the league’s inaugural year, a mark shared by Roy Lassiter, Chris Wondolowski, and Bradley Wright-Phillips. Now the Atlanta United striker’s new milestone of 31 goals is already under threat.

The Los Angeles-based star duo of Carlos Vela (11g/5a in 11 games) and Zlatan Ibrahimovic (9g/2a in 9 games) are on track to challenge Martinez’s record, averaging around one goal per 90 minutes as they lead their table-topping teams. Worth noting: Though he’s missed time with an injury, Jozy Altidore (5g/2a) is scoring at a higher rate than both of them, with 1.21 G/90min to date.

Vela and Ibrahimovic spearhead a trend of aggressive attacking play that’s exemplified by LAFC and the LA Galaxy. They’re not the only ones. Philadelphia, Toronto, Seattle, and Sporting Kansas City are scoring at or above the impressive rate of two goals a game. This is all good news for a league hungry to differentiate itself on the world stage and capture North American fans of other sports with lots of scoring and open, fluid action.

Young Yanks in Key Roles: For many years it was more or less MLS conventional wisdom that the domestic player pool was generally most useful for finding role players: Goalkeepers, center backs, perhaps fit, athletic wide players. Though occasionally creators, finishers, and tempo-setters showed up close to home, teams preferred to shop overseas for those sorts of “difference makers.”

Slowly but surely, that seems to be changing. The maturing academy system is a major factor.

USMNT U-20 midfielder Paxton Pomykal has been a revelation, shining in an all-action advanced central role for FC Dallas. Brenden Aaronson has made a powerful case for minutes in a comparable spot in Philadelphia, even with the offseason arrival of Mexican playmaker Marco Fabian. After some ups and downs earlier in his MLS career, Houston Homegrown Memo Rodriguez has taken a huge step forward as a dangerous complement to teammates Alberth Alis, Mauro Manotas, and Romell Quioto.

It’s equally promising for USMNT fans to see the slightly older duo of Sebastian Lletget and Joe Corona working together to good effect alongside Jonathan Dos Santos as the beating heart of the LA Galaxy midfield. Similarly, Cristian Roldan has confidently grown into a highly influential #8 for the Seattle Sounders.

Our neighbors north of the border can take heart from LAFC’s Mark-Anthony Kaye proving that his breakout 2018 was no fluke. Jonathan Osorio and Samuel Piette have grown into influential leaders on their respective MLS clubs.

MLS 1.0 Problems: It’s well documented by now that for every encouraging expansion success story, there’s a long-standing member of the league struggling for attendance, market relevance, or even still just a soccer-specific home of their own. Attention to their problems is inevitable, while at the same time providing an unwelcome distraction from the action on the pitch.

Old-line franchises in Chicago, Colorado, Columbus, Dallas, Houston, New England, and New York all face some version of this. Some are well-run organizations overall but have not connected with their fanbases to a corresponding degree. Others look more like basketcases.

Long the “sick man” of MLS, the Chicago Fire has for years been grappling with a poorly-located stadium, lack of traction in a crowded sports market, and questionable executive management. There are signs of hope, however. The club has brought on wealthy new investor Joe Mansueto, made some intriguing front-office hires, and moved to buy out their cumbersome lease with the Village of Bridgeview and return to downtown Soldier Field starting in 2020.

Much the same things apply to the New England Revolution, without that last sentence. The Revs have made clear that they want to move out of their hulking exurban NFL stadium and into a soccer-specific facility in Boston’s urban core. They’re in no great rush, though, probably because the Kraft family owns Gillette Stadium lock, stock, and barrel. That’s just one example of the Revs as the Patriots’ red-headed stepchild. Until that part changes, the general vibe around the club likely won’t, either.

Woeful Defending: To some extent this goes hand in hand with the attacking quality. In their dogged determination to invest only the bare minimum required on salaries, MLS investor/operators have created a system in which big contracts skew disproportionately towards high-caliber attacking players. That can lead to individual mismatches and lopsided results.

The San Jose Earthquakes conceded 14 goals in their first four games, all losses, as they adapted to new coach Matias Almeyda’s unconventional tactical system. Among their seven wins to date, league leaders LAFC have posted scorelines of 4-1, 5-0, 4-0, and 4-1 en route to a +18 goal differential.

At the other end of the spectrum, New England lost 3-0, 6-1, and 5-0 in recent weeks with a wild 4-4 draw at Sporting KC thrown in as well, and have posted just one clean sheet in their 12 games thus far. The last-place Colorado Rapids have lost seven straight games, leaking 21 goals over that stretch.

It’s probably not a coincidence that the Revs and Rapids are two of three teams to have already fired their head coaches. Which brings us to…

More Pressure, Shorter Leashes: For a long time MLS was a place that gave head coaches time. Too much time, in some cases, though other cases of coaches figuring things out and finding belated success lent credibility to the idea that patience was key. The concept of a “three-year plan,” which would be unheard-of for coaches in many countries, was relatively common here.

Things appear to be changing rapidly. Colorado and New England conducted lengthy coaching searches less than two years ago, settling on Anthony Hudson and Brad Friedel, respectively. Yet the clubs did not hesitate to pull the plug this month when a season-and-a-quarter’s worth of results did not meet expectations.

More spending, more ambition, and owners from a more diverse set of backgrounds are factors here. It was once common to hire respected ex-players and allow them to learn the coaching trade on the job. Those scenarios are now quite rare in MLS.

There might also be an age-old sports phenomenon at work, that of higher-ups making coaching changes to distract from deeper organizational problems. North America probably won’t become like Brazil or Mexico, where it’s common for coaching changes as regularly as water filters, overnight. Still, it’s moving in that direction.

Is that a good thing? It depends on the specific circumstances. Considering how MLS’s salary and contract structures allow for clubs to move players very quickly, it’s probably fair for coaches to feel the heat just as quickly as the ones they’re leading.

Attendance and Ratings: MLS games in Seattle, Atlanta, and Cincinnati continue to draw large crowds. Minnesota United just opened a gorgeous new stadium of their own. Columbus and Chicago are making moves to improve their situations. May is a bit early to be comparing gate numbers and television ratings.

All that said, attendance is down across the board in MLS. 8% according to Soccer Stadium Digest. Some of the stats are alarming even before considering the widespread practices that inflate the numbers. It’s a trend also found in baseball and other major US sports. MLS, however, depends on ticket sales for a bigger chunk of its revenue than most.

Is there something bigger at work here? Some have suggested that the league has overestimated its growing appeal and thus jacked prices up too much, too quickly. Others caution that each geographical setting has its own story and circumstances. If you take that tack, big-market problems in Chicago, Dallas, New England, and New York should be particularly sobering. Empty seats and quiet crowds are also extra troubling for a sports product that uses passionate fan participation as a point of differentiation.

The league continues to struggle to attract respectable TV viewerships, even in cases of prime placement on Fox and ESPN’s top channels. This is an age-old challenge, affected by the ongoing upheaval in the TV industry in general.

What are the answers here? If there were easy solutions, they would’ve already happened.