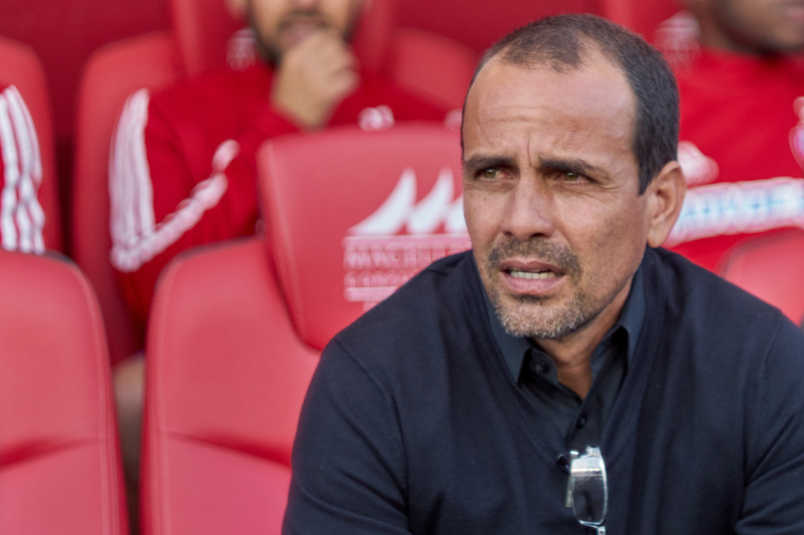 By Luis Bueno – RIVERSIDE, CA (May 8, 2019) US Soccer Players – When he made the leap from MLS to Tijuana, Oscar Pareja took a risk. Never before had a coach made such a move, joining Liga MX after having coached solely in MLS. Pareja survived until the end of the regular season which is in itself an accomplishment. Nine teams, half of Liga MX, fired its coaches during the Clausura 2019 campaign.

Now another opportunity has presented itself. Pareja finished the regular season with life and so too did Tijuana. The club reached the playoffs and is now set to square off against Leon in the Liga MX quarterfinals. While this is a great opportunity for Pareja, it also represents a chance for MLS to continue shining. If Pareja can win a championship, it would be a great accomplishment for a former MLS coacj.

MLS has produced and exported many talented players who have gone on to win in other, more challenging leagues. The league has not had many coaches in the position that Pareja is now. There are fewer still who have found the kind of success that Pareja could potentially have in just a few short weeks.

Tijuana will play Leon in the Liga MX postseason, which is a difficult matchup. Tijuana teetered on the brink of the postseason and qualified as the 8th and final seed. Leon meanwhile had a masterful season, finishing as superlider atop the table with a 13-2-2 record and 41 goals scored. Still, despite all of its successes, Leon fell to Tijuana. Also, Tijuana was the only team to hand Leon a shutout this season, beating the Panzas Verdes at Camp Nou by 1-0 on January 20.

For all of the positive steps Tijuana took this season, though, Pareja has not exactly come in and worked wonders. Nor has he taken Tijuana to new heights. Tijuana finished as superlider for an entire year. Xolos had the most points in each of the Apertura 2016 and Clausura 2017 seasons.

Those teams though did not go as far as expected in each season. Tijuana could not get past the semifinals in the Clausura 2017 season and crashed out in the first round of the Apertura 2016 postseason, ironically to Leon who finished as the 8th-seed that year.

Since then Tijuana has been all over the place. They’ve reached the playoffs just once in the three seasons before Pareja arrived. The club had a 16-20-15 record over that span and did not score more than 20 goals in any one of those seasons.

Pareja started this season off slowly, losing the first two games and finishing January with a 1-3-0 record. That may not seem slow, but in Liga MX coaches have a ridiculously short shelf life. The margin for error is slim. Pareja had to turn around the season quickly. For instance, Pachuca sacked manager Francisco “Paco” Ayestaran following a 1-2-0 start to the season. Ayestaran had been on the job since the start of the Apertura 2018 season.

Tijuana weathered the early storm and got on track after the rough start, winning four and drawing one in its next five games. Overall, though, the season was a bit of a roller coaster. Tijuana took big wins against Leon, Monterrey, and Tigres but dropped games against struggling sides like Pumas and Lobos BUAP. Had Tijuana bested one of those two non-playoff sides, the club could have had a much better standing in the playoffs.

Still, Tijuana’s 8th-place finish was better than last season, which is an improvement, and puts the club into the postseason, which provides hope. Tijuana was a bit rudderless. Now the club has their chance in the playoffs. As Tijuana learned when it finished as superlider twice in a row, getting to the postseason is the only thing that matters. Regular-season records are meaningless and only provide for positioning once the playoffs begin.

The challenge for Pareja though will be much different than what he faced in MLS. When coaching in MLS, Pareja endured an eight-month regular season followed by playoffs that lasted six weeks or so. The focus then was, from the start of the season, to go about building the team up and getting in a good position for the stretch run. Then it was about securing the team’s playoff spot once the team gets into late summer and into fall. Once the postseason began, the focus was about managing the playoffs. The format was seemingly never the same and presented quite a different set of challenges.

This time around, the focus is and has been simple. Win as much as possible by any means possible and do not take time to breath. This Liga MX 5K sprint is much different than the MLS marathon. Pareja must adjust to that.

Part of this sprint is quick turnarounds. Tijuana will host Leon on Wednesday and will play the return leg on Saturday. In MLS the time between legs was twice that at least, if not more. So instead of the days, Pareja will now have hours to make adjustments to the lineup or his tactics and to prepare for all possible scenarios.

During his time in MLS, though, Pareja showed his value as coach. He led the lowly Colorado Rapids to the postseason in 2013, his second and final season there. Colorado has been to the postseason just once in the five seasons since Pareja’s departure. With FC Dallas, Pareja took the club to the playoffs in four of his five seasons, taking the club to the Western Conference final in 2015. Pareja also won a US Open Cup with FC Dallas.

The Liguilla will require Pareja to magnify his skillset. Tijuana could seal its own fate in the first leg. A poor start and Tijuana will have a canyon to climb out of on Saturday. Or, a convincing win could mean playing defensively on Saturday will be enough to get through to the next round.

Whatever happens in this postseason, having an MLS-bred coach guiding a team into the Liga MX postseason is exciting. So too is the prospect that more doors would open for MLS coaches in the future because of it.