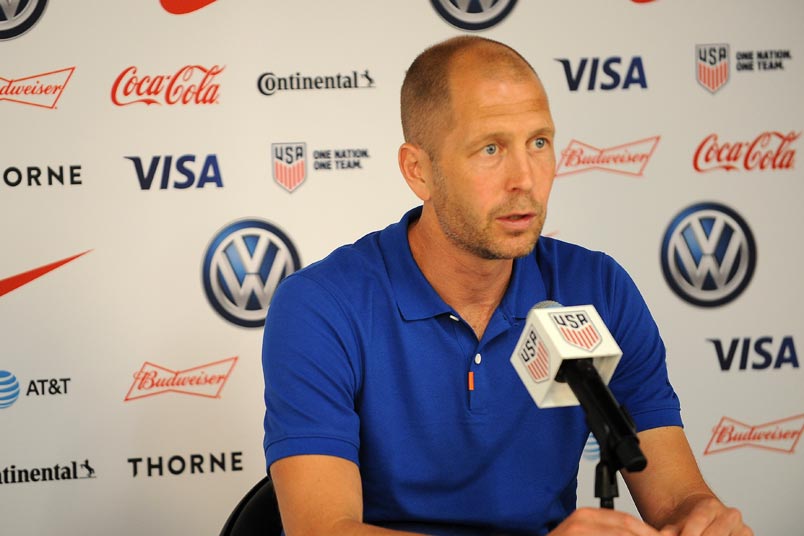 Update: Djordje Mihailovic replaces Duane Holmes due to injury. Tyler Adams is out of the Gold Cup squad with a groin injury. Reggie Cannon is added to the roster.

The soccer news starts with the announcement of the USMNT's 2019 Gold Cup roster. USMNT coach Gregg Berhalter picked 13 players without previous Gold Cup experience. That includes Christian Pulisic who has never played in the regional championship. As the US Soccer press release points out, nine players on the squad have won the Gold Cup.

"As always, there were some difficult decisions to be made for this roster and I’m extremely pleased with how the players have shown so far this year overall," Berhalter said in a press statement. "We've had a chance to look at the player pool for the last six months and we feel great about the group that will take on the task of trying to win the Gold Cup. This is only the start of the journey. Our ambition is to progress as a team throughout the tournament and put ourselves in a position to be playing July 7 in Chicago."

There was one MLS game on the Wednesday schedule with Montreal coming back to beat the Seattle Sounders 2-1 at home. Victor Rodriguez converted a Sounders penalty in the 64th minute. Montreal's Saphir Taider equalized from the penalty spot in the 74th and scored again in the 78th minute.

"Well the guys have worked too hard, they've come too far to allow that game to slip out of their hands," Sounders coach Brian Schmetzer said. "What I said to them was when we went up 1-0 you need discipline without fear. We need composure without fear."

MLSsoccer's Matthew Doyle on the USMNT loss to Jamaica. ESPN's Jeff Carlisle with Berhalter's post-game comments. American Soccer Now's Brian Sciaretta's look at what happened at Audi Field. SI.com's Brian Straus on the USMNT vs Jamaica. Pro Soccer USA's Joe Tansey with what we saw from Berhalter's plan B. Goal's Ives Galarcep's take on what experimenting meant for the USMNT in DC. The Washington Post's Steven Goff asks about objectives in the run-up to the Gold Cup.

The NY Times reports that NY Cosmos owner Rocco Commiso is the new owner of Serie A club Fiorentina. BBC Sport on CAF's decision to replay their Champions League final second-leg and Esperance having to return their winners medals.

Tough loss without a doubt. But I just want to say thank to everyone who’s supported me on this https://t.co/j7yA47AUBM wasn’t an easy one. The road was long but we made it happen. Thank you to everyone who watched and everyone who came out, I love y’all! ❤️