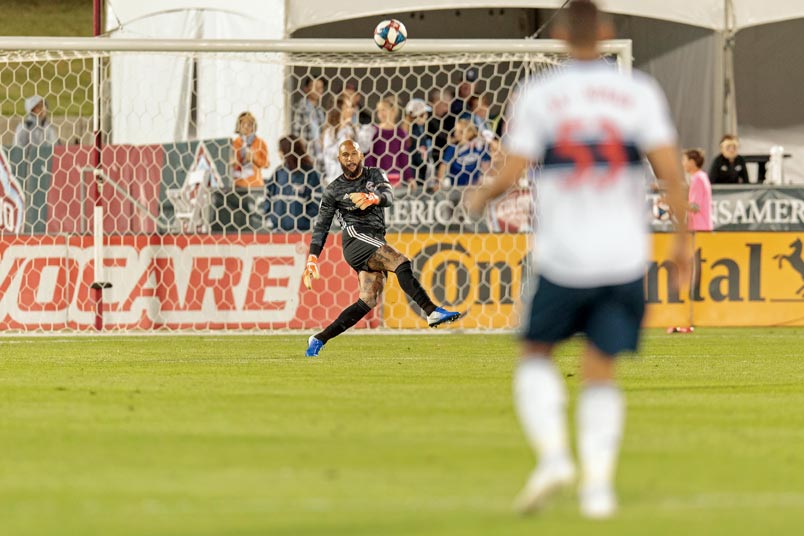 By Clemente Lisi – NEW YORK, NY (June 3, 2019) US Soccer Players – Longevity is something every soccer player hopes for but few find. Italy’s Dino Zoff was 40 when he led his country to the 1982 World Cup title. He would retire a year later. Others have not. Dutch striker and 1992 World Player of the Year Marco van Basten retired at 28 following a recurring ankle injury.

Some of MLS’s oldest players have also been among the best to ever play in the league. These players aren’t just regularly taking the field each week, but they are also producing at the highest levels. How these players train, stay fit, and recover from injuries remains a key to their longevity.

In an age of heart-rate monitors and GPS trackers, the health and conditioning of players is closely monitored. The area of sports science has come a long way in the past decade alone. It has allowed MLS teams to employ sports physicians and fitness trainers capable of extending careers. During the winter, players focus on physical fitness in the weight room with an emphasis on endurance, stamina, and diet. During the season, they supplement that with regular training sessions and playing games.

The league does have a number of players who appear unaffected by age. Colorado Rapids goalkeeper Tim Howard is the oldest at age 40. Howard has already announced that he will retire at the end of this season. The former USMNT star is followed by fellow shot-stopper Nick Rimando of Real Salt Lake at 39 years and 11 months, who is also calling it a career at the end of 2019. LA Galaxy striker Zlatan Ibrahimovic at 37 years, and seven months. Rounding out the top five are RSL midfielder Kyle Beckerman and Houston Dynamo defender DaMarcus Beasley at age 37. Beasley, too, recently announced that this would be his last season.

Another thing these five players have in common? All spent time, either at club or National Team level, with trainer Pierre Barrieu. The Frenchman, currently the director of high performance for the Galaxy, was the head fitness coach for the USMNT from 2002 to 2006 under Bruce Arena and again from 2008-2012 when Bob Bradley served as coach. Over that time, he’s spent time with Howard, Rimando, Beckerman, and Beasley.

“It’s no surprise,” Barrieu said of the five oldest players currently in MLS. “It’s a mix of different factors. All these players are physical specimens, in different ways, who have wonderful abilities and take care of their bodies.”

These ages far exceed the team averages this season, according to an analysis by MLSSoccer.com. FC Dallas’ roster averages 24 years in age, while Seattle Sounders FC, at the other end of the spectrum, is the oldest at 27. Generally, field players are fortunate if they play until age 35. Goalkeepers tend to stretch their careers longer, largely due to not having to run nearly as much as field players.

At the same time, the MLS season can be a real grind. Barrieu said playing on different surfaces, with long travel in between and having to deal with jet lag can be a lot for players to handle on a weekly basis.

“The challenges of MLS has made it harder (for these players),” Barrieu said. “You definitely learn more as a player as you get older in training and during competitive matches.”

Nonetheless, playing smarter can be an asset. Beasley went from an attacking player to left back in 2009. In doing so, he helped to extend his career another decade by becoming a better reader of the game. Beasley is set to return this summer after undergoing arthroscopic surgery on his left knee in March.

Similarly, Jeff Larentowicz, who is 35, helped Atlanta United FC win the MLS Cup last season. The defender was actually a midfielder when he won the MLS Cup with the Colorado Rapids in 2010. At age 32, he made the move to defender while at the Chicago Fire. He ultimately signed with Atlanta and became a key veteran in the back.

Playing smarter also goes for goalkeepers. Barrieu called Howard “an incredible athlete” who once played basketball in high school. Howard’s ability to play more than one sport while growing up and his embracing of alternative methods, such as meditation as part of his pre-game ritual, have also helped him excel later in his career.

“The position requires leadership, more than any other position on the field, and the importance of being an organizer,” he said. “The mental side is huge.”

Beckerman, who serves as RS L’s captain, has also had plenty of endurance. When coach Mike Petke wanted to rest him last season, Beckerman refused. This season, Beckerman has played in all of the team’s 10 games, starting in nine.

“Kyle is somebody that’s invaluable to me because not only does he work the hardest, he’s the hardest worker on a daily basis – he leads us,” Petke told The Salt Lake Tribune last year. “But he knows what’s best for the team, and he’s going to be the extension of me on the field.”

The only outlier from this quintet may be Ibrahimovic. He’s a striker who’s spent most of his career in the hyper-competitive environment of the European game. Forwards tend to have the shortest careers, likely because they take a beating at the feet of opposing defenders. The Swedish striker, however, is credited with prolonging his career with the use of a personal trainer and plenty of work off the field. A regular regimen that includes using the treadmill, lifting weights. and doing martial arts has helped Ibrahimovic.

“He’s a physical specimen. He works a lot,” Barrieu said. “No one can have a career that long without hard work. He does martial arts and as a result has incredible strength. How many players are like him? None. There’s only one.”