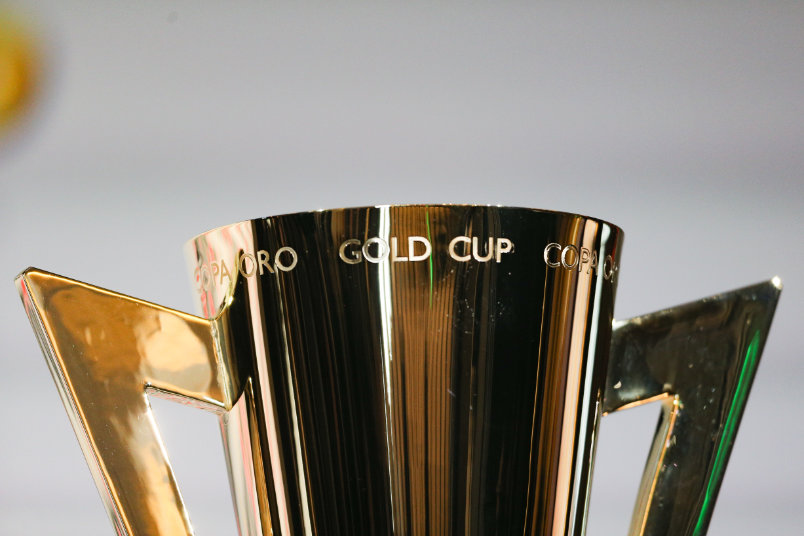 By Jason Davis – WASHINGTON, DC (June 14, 2019) US Soccer Players - Starting Saturday, Concacaf will add its semi-annual championship to the pile of international summer soccer already underway. In Group A of the 2019 Gold Cup, Canada faces Martinique in Pasadena in the first game of the day, with Mexico opening its quest to reclaim the Gold Cup title against Cuba in the second game of the doubleheader.

It's a new era for the Gold Cup. For the first time, group stage matches will happen outside of the United States. FIFA's cancellation of the Confederations Cup also means that one of the prizes for the Gold Cup winner, a shot at a spot in the pre-World Cup tournament, is off the table.

The Canadians might have their best team in years. Hope are high north of the border that this is the summer that the only team to lift the Gold Cup besides to the United States and Mexico can climb its way back into contention.

The United States is favored to make the final, even as the team develops under head coach Gregg Berhalter. His first competitive tournament as the USMNT boss is an opportunity to jumpstart the program ahead of the new Concacaf Nations League in September and the start of 2022 World Cup qualifying.

Mexico and the USMNT's status doesn't mean the final is set before the tournament even begins. History says it will be difficult, but the rest of the field brings plenty of talent and storylines with them. Let's take a look at a few of the second-tier contenders.

The new hope rippling through the Canadian men's national team program largely stems from the sudden arrival of some talented young players. 18-year old Alphonso Davies of Bayern Munich heads the list. He's a gifted athlete that is a terror with the ball at his feet and green space in front of him.

19-year old Jonathan David of Belgian side Gent is not as heralded as Davies. He's another dynamic attacking player who will help make Canada tough to defend on the counter. Canada head coach John Herdman also has a pair of experienced strikers playing their club soccer at high levels in Junior Hoilett (Cardiff City) and Lucas Cavallini (Puebla) available up top.

Canada's biggest issues are at the back. The group will rely on Mark-Anthony Kaye of LAFC to shield a cobbled together back four. Projected starter Doneil Henry (Vancouver Whitecaps) arrives at the tournament fresh off an injury and veteran David Edgar (Hartlepool United) will miss out altogether.

Herdman swapped the Canadian women's team for the men's team by flexing his muscles with the CSA. So far he's 5-0-0, but not one of those wins came against an opponent ranked in FIFA's top 100. He still has plenty to prove with the Canadian men.

Getting drawn into Mexico's group means Herdman's group is playing for 2nd-place. That would likely mean a meeting with Costa Rica in the quarterfinals.

The Ticos have never won the Gold Cup, but they're a force in the region. That's thanks to a strong showing at the 2014 World Cup and finishing second to Mexico in World Cup qualifying for 2018.

For this Costa Rican team, goals are a problem. In their last four friendlies, they're 1-3-0 with a single goal scored. The trusted names of the past like Joel Campbell and Bryan Ruiz have struggled to score for their clubs in recent years and arrive at the Gold Cup short on confidence.

The Ticos are massive favorites in a group with Haiti, Nicaragua, and Bermuda. The chances of reaching a final for the first time since 2002 or winning the tournament rest on their ability to compete with the better teams in the region in the knockout rounds.

Costa Rica won't have world class goalkeeper Keylor Navas who begged off national team duty this summer to sort out his future at Real Madrid. That's a blow to the defense, as Navas is good enough to win games on his own. The Ticos are more than a dark horse, but less than a clear-cut favorite.

Jamaica has reached the last two Gold Cup finals only end up disappointed on both occasions. In 2017 the Reggae Boyz shocked Mexico 1-0 in the semifinals and fell to the US 2-1 in the final. Two years prior, it was the United States that Jamaica managed to oust in the semis only to lose to El Tri in the championship game.

Making a third straight final might be too much to ask of this version of Jamaica. However, there is a new name on the team sheet that has everyone dreaming big: Leon Bailey. The 21-year old Bayer Leverkusen winger is a flash of lightning with ball skills to match. He immediately makes the Reggae Boyz decidedly more dangerous on the attacking end of the field.

Bailey finally turned out for Jamaica after putting off the nation of his birth for several years. A belief that he might be eligible for England through his grandparents played a role in the delay. When Bailey was declared ineligible for the Three Lions, he committed to Jamaica.

Jamaica first group stage match against Honduras in Kingston will likely determine the group winner. Fail to top group C, and Jamaica will likely face the USMNT in the quarterfinals.

We finish with Jamaica's competition in Group C, Los Catrachos of Honduras. The Hondurans missed the World Cup in 2018 thanks to an inter-confederation playoff loss to Australia. Back in 2017, they reached the quarterfinal stage of the Gold Cup where they were knocked out by Mexico 1-0.

The current version of the team arrives at the Gold Cup lacking anything resembling momentum. A warmup friendly against Brazil on Sunday ended in a 7-0 humbling that killed any confidence earned from goalless draws against Paraguay and Ecuador in two previous friendlies.

The star of the show for Honduras is Houston Dynamo attacker Alberth Elis. Elis may be set for a big move to Europe, but for now, he's a dynamic goalscorer who can kill opponents on the counter. Dynamo teammate Romell Quito is also a threat and could combine with Elis at the Gold Cup.

FC Dallas man Bryan Acosta is the anchor in the midfield. The veteran presence at the back comes from Celtic fullback Ezequiel Izaguirre, who has 102 caps for his country.

Honduras's chances at a semifinal berth and perhaps a shock run to the final, hinges on the opening group stage match against Jamaica. A win in Kingston is almost a must.