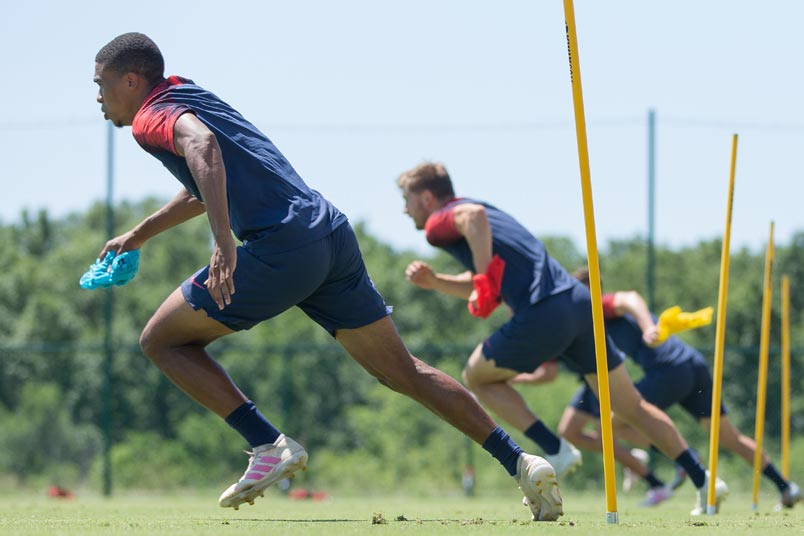 The USMNT closes out group D play at the 2019 Gold Cup against Panama on Wednesday (9pm ET – FS1) at Children’s Mercy Park in Kansas City. The USMNT raised expectations with a confident 6-0 shutout of Trinidad and Tobago on Saturday. They enter the group D finale tied on points with Panama but with a +10 goal difference to Panama’s +4.

What the USMNT showed against Trinidad and Tobago was the beginnings of coach Gregg Berhalter’s tactics and positional play coming together. Proving that can work in games that count is part of the point of this Gold Cup, as well as the confidence building that goes along with winning a trophy under a new coach. With that in mind, here’s what we’re looking for against Panama on Wednesday.

It’s important to close out the group stage on a high. That’s not a cliche in tournament soccer, with enough teams showing what can happen when a final group stage game doesn’t go their way. Mexico didn’t dominate against Martinique as expected, raising questions about their approach that overshadow nine points from group A. The USMNT will finish first in group D with a draw or a win, and ceding that spot to Panama would be a letdown after quality play over the first two games. Advancing as group D winners means playing Curacao in Philadelphia on Sunday.

Christian Pulisic’s play in the second-half against Trinidad and Tobago should encourage all USMNT fans that this group has turned the page. It wasn’t just Pulisic, but his ability to change a game was readily apparent. Building up to another big opportunity with new club Chelsea, Pulisic is demonstrating why his transfer carried such a high price. There aren’t many players in Concacaf capable of changing the tone of a game the way he can. If that keeps happening as the USMNT progresses through the rounds, the USMNT only gets better.

The defense is still an issue

Welcome to 🇨🇦! Only a bit more than 24 hours until game time. Travel sure is fun sometimes 🙄🥴 @MLSPA #VoiceOfThePlayers pic.twitter.com/fUVipBmtM0