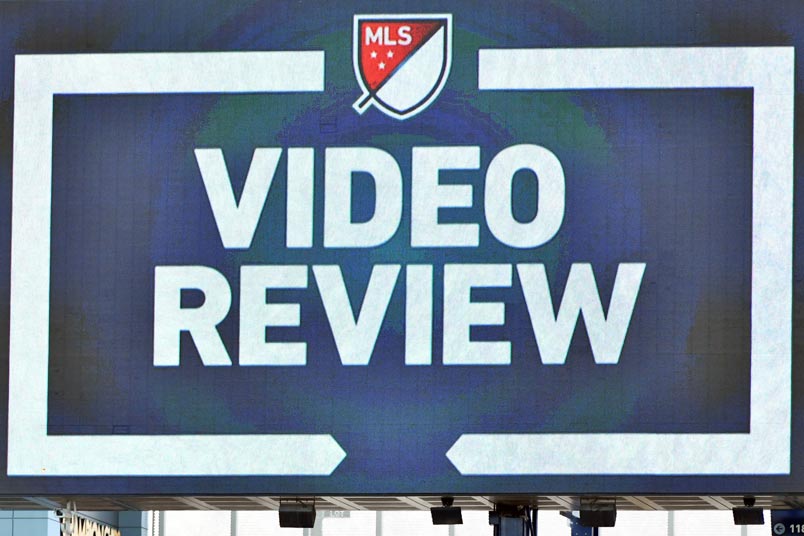 The soccer news starts with the instant replay problem. The 2019 Gold Cup isn't using the video assistant referee system, saving us from at least some of the angst now associated with instant replay. As a system, it's already caused enough issues to make most of us wonder why we ever thought it was a good idea. Call it a global beta test, but the current version is the kind of thing that will only make a game worse.

Every time a referee makes the VAR motion, it's a safe assumption that we'll have some time on our hands. The referee considers what happened in real time from a few unrealistic perspectives, makes that motion again, and it seems like more often than not complicates things. The inadvertent handball has become the obvious point of contention. If it takes slow motion replay and multiple angles to decide their might have been the slightest of contact, maybe it's worth considering the broader message. If the officiating crew can't catch it in real time, maybe it shouldn't end up under review.

The recent podcast series Against the Rules had Moneyball and The Big Short author Michael Lewis considering the referee in modern life. The first episode is about NBA officiating and their review system headquartered in the New Jersey suburbs. The quick takeaway is reviews push against bias and make things fairer. Yet there's still the old perceptions that the specificity of instant replay isn't enough of an answer. The NBA is demonstrating that, and soccer is following right along with both sports running into the unintentional comedy of trying to follow the rules.

If the rules specifically say… and then we're all staring at replays trying to decide if the ball slightly changed direction or a player's foot was half a step offside. It can get silly quickly, and that's becoming one of the loudest complaints about the video assistant replay system. It's not offering enough clarity and certainty. Without those two things, what's the point of revisiting the in the moment decision?

FIFA received criticism for instituting VAR at the earliest opportunity during last summer's World Cup. Now, it's an across the board question for what it would take to make this system better. What's in play right now isn't building the kind of consistency and authority it needs.

SB Nation's Andi Thomas on a recent VAR decision and what it says about the game. Eurosport has more issues with instant replay. Quartz's Musa Okwonga looks at perhaps the biggest VAR controversy yet, the second-leg of the CAF Champions League that will now be replayed after VAR stopped working. Forbes' Steve McCaskill with the Premier League's approach to instant replay that starts this season.

ESPN's Kristian Dyer's preview of the fourth round of the 2019 US Open Cup. MLSsoccer's Tom Bogert on what to watch in the Open Cup. The LA Times' Kevin Baxter with what the Galaxy and LAFC face in the Cup. The Salt Lake Tribune's Alex Vejar sees an opportunity for RSL. The Athletic's Sam Stejskal explains what the MLSPA is doing with international players.