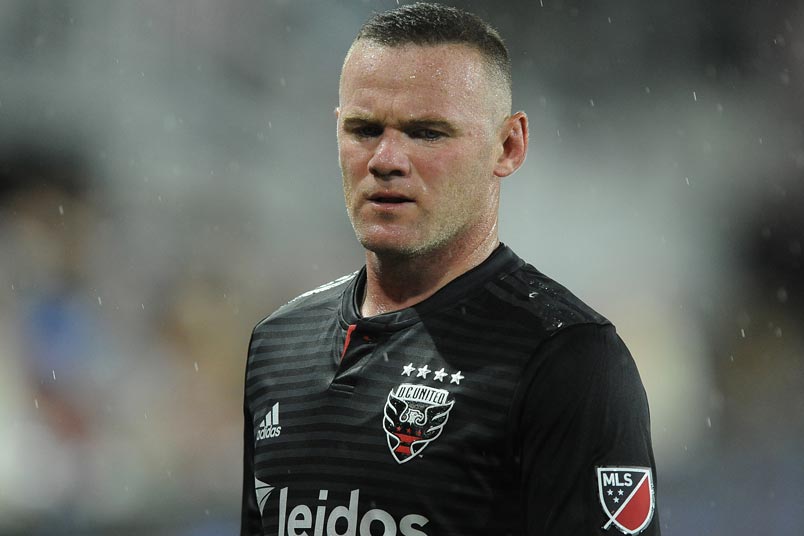 By Charles Boehm – WASHINGTON, DC (Jun 13, 2019) US Soccer Players – The fourth round of the 2019 US Open Cup unfolded this week. It’s traditionally one of the most followed phase of the tournament, when MLS teams enter to mix it up with lower-division sides. Except that this year there wasn’t all that much mixing, considering that MLS teams are just 21 of the 84 teams in all who are taking part.

MLS made up 65% of the fourth-round field. 10 USL Championship teams and just one non-professional side, Orange County FC of the NPSL, advanced to this point. That meant that only one team from outside the top two levels of the American soccer pyramid was among the 32 participants. That added up to five of this week’s 16 matches being all-MLS affairs.

Widespread home field advantage surely helped. Of the 11 MLS-vs-lower-division match-ups this week, the MLS teams hosted eight of them. Add another with Atlanta vs Charleston moved to Fifth Third Bank Stadium due to field conditions at MUSC Health Stadium.

Compared to past years, MLS has gotten less exposure to the risk of the giant-killing magic that makes the Open Cup and other events like it so compelling. It’s a strange but perhaps unsurprising development in the very year in which the 106-year-old tournament finally gained a new broadcast deal with ESPN+.

That partnership made every Open Cup game available on the widely-used streaming service. Fans welcomed the move as a sign of the allure that had led to a couple of prominent national Open Cup ESPN broadcasts in recent years. Most notably, FC Cincinnati’s 2017 run in front of huge home crowds was a significant step in that club’s march to MLS membership.

Naturally, cup results vary from year to year. The timing of the international window is shaping this particular edition. While some MLS teams have lost players to national-team duty, they’ve also been relieved of their usual league tempo due to the Gold Cup break. So in general, many coaches have been able to field stronger lineups than in past seasons. Some also see American soccer’s grand old dame losing some luster in 2019.

“Portland and Seattle don’t need to be playing each other. Real Salt Lake, LAFC don’t need to play each other,” said retired pro and ESPN analyst Taylor Twellman in a halftime segment shown during this week’s broadcasts. “You need to have those teams playing on the road. Quite honestly, it’s a round too late. I think the MLS teams need to come in a round sooner. I also believe every MLS team needs to be on the road, because you’re growing the game.”

This year is a far cry from 2012, when 16 MLS teams entered in the third round of the Open Cup and half of them lost to lower-level opponents, most notably Cal FC over the Portland Timbers. It made for a compelling spectacle, if perhaps an embarrassing one for MLS. It didn’t change the outcome, with just three non-MLS teams reaching the quarterfinals and none advancing to the semifinals. That year, 16 MLS teams comprised 25% of the total Open Cup field, same as this year. MLS made up half of the remaining field when the league’s teams entered in the third round, then half the round of 16 before their quality overwhelmed the field.

This year true romantics may have to settle for the story of OCFC, who win a $25,000 prize for being the furthest-advancing amateur side this year. Or USL League 2’s Forward Madison, who advanced the furthest among third-tier teams. Credit is due to USL Championship franchises New Mexico United, who hit the road north with a couple thousands fans in tow to knock off the Colorado Rapids after extra time and a penalty-kick shootout, and Saint Louis FC, upsetters of the Chicago Fire at a small college stadium in St Charles, Missouri. They’ll likely be the only chances at a real Cinderella story in 2019.

That leaves the US Soccer Federation in a strange spot as it tries to balance all factors to get the Open Cup right. With MLS more dominant than ever both on the field and in the federation boardrooms, the lower divisions look less likely to win the tournament, but also more essential to the event’s appeal as an entertainment product. Fans seem to want to see the top pros tested by others on the pyramid, not just among themselves. Twellman’s idea would maximize that aspect. The status quo does not.

As we’ve all heard a million times by now, a non-MLS team has won this tournament just once since the league’s inception in 1996. That fact is usually read as a sign of the league’s strength. This year’s proceedings may also point to another factor, the straightforward road to the final typically provided to members of the nation’s top flight.

“You’ve got a responsibility as a federation to grow the game,” said Twellman, “and this is the way I’m talking about. Because you don’t have promotion and relegation, you have this [the Open Cup]. And you give those fans in those markets that don’t have MLS teams an opportunity to see quality competition but also to have the gate, to raise money. You’re growing the game in that nature.”

Some lower-division teams are unable to host due to facilities and scheduling issues, especially with the rise of USL teams based in baseball stadiums. Others, however, can benefit enormously from playing Open Cup games at home, whether it be via a bumper crop of ticket sales and exposure or simply the chance to avoid paying travel costs, which can often be horrendous. In England’s FA Cup, lower-division teams can make seven figures off hosting Premier League sides, in some cases enough to move their annual accounting slates from red to black with just one match.

It’s tough to compare England’s disparity between its soccer haves and have-nots to North America’s. A straight line can be drawn more easily in terms of the dangers facing the grassroots. Everyone knows that David-beats-Goliath stories are the most endearing and marketable aspect of the Open Cup, and offer a real hand up to the little guys. Yet it seems that not everyone is interested in exposing their own interests to the downside of that equation.

Sharing a little more of the spotlight could pay dividends for MLS, without endangering their hold on the trophy. Will anyone at league headquarters, or Soccer House for that matter, be able to identify with the underdogs?