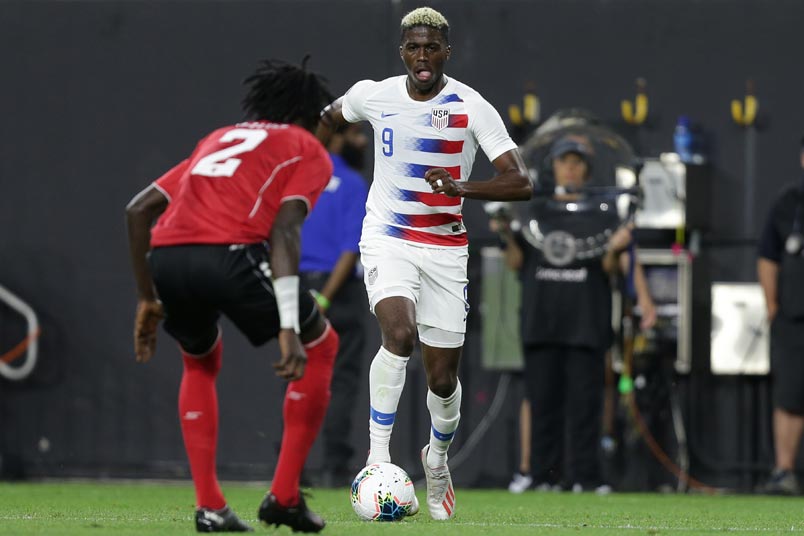 The soccer news starts with the USMNT putting together a team performance against Trinidad and Tobago in game two of the Gold Cup. The win served at least two purposes. It qualified the USMNT for the quarterfinals and it reminded everybody how fun this team can be.

It’s far too early to tell if Gregg Berhalter’s project is the est way forward, but for at least one night in Cleveland it was easy to see the components coming together. Berhalter’s responsibility driven approach means Aaron Long opening and closing the scoring makes a lot of sense. The defense has offensive responsibilities. The players know their roles. That’s the individual commitment that’s been on repeat in interviews. “Process” is a loaded term in pro sports, but what we’re seeing is buy-in and accepting that responsibility.

This is already showing in interesting ways. Gyaszi Zardes’s second goal in particular. He was in the right position to catch a defense and the goalkeeper in transition. It was exciting soccer.

“We were elite today,” Zardes said immediately following the win. “We executed our game plan and that’s momentum going into the next round.”

Meanwhile, Mexico’s 3-2 win over Martinique in Charlotte closed out group A as predicted, bot not how anybody expected. Mexico never trailed in the game and responded quickly to Martinique’s 56th minute equalizer. Still, this isn’t what a team needs on its way to the quarterfinals. It’s also probably not all that helpful that Mexico now has until Saturday to think about it.

That’s how the schedule favors the USMNT. Whatever happens against Panama on Wednesday, they’ll be back at it on Sunday in Philadelphia. That should keep the momentum going with Concacaf’s extra day between games in the group stage creating an interesting scenario for the group A teams now waiting to play.

MLSsoccer’s Matthew Doyle on the USMNT’s win in group D.

The Athletic’s Paul Tenorio highlights Christian Pulisic’s game against Trinidad and Tobago. American Soccer Now’s Brian Sciaretta looks at what the USMNT got right in Cleveland.

Also in the soccer news, Rafa Benitez will no longer the manager of Newcastle United. The club released a statement reading in part, “It is with disappointment that we announce manager Rafael Benítez will leave Newcastle United upon the expiry of his contract on 30th June 2019. We have worked hard to extend Rafa’s contract over a significant period of time, however it has not been – and will not be – possible to reach an agreement with Rafa and his representatives.” FourFourTwo’s Neil Wood on what this might mean for the Premier League club.

Sky Sports on Milan moving ahead with a new stadium for the city’s two Serie A clubs to replace the San Siro.