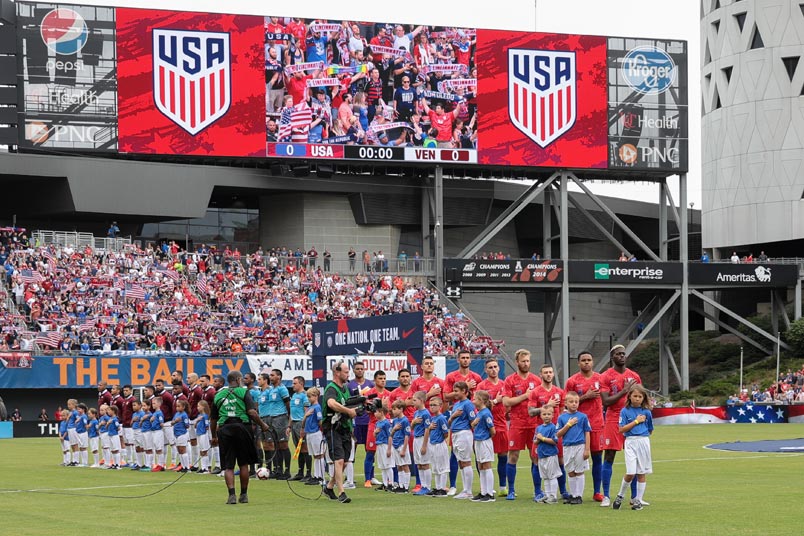 The soccer news starts with the USMNT losing both of their Gold Cup warm-up friendlies and raising a lot of issues for fans and pundits. Namely, if this is coach Gregg Berhalter's plan for the Gold Cup, how will things change this quickly?

It's a fair question, but so is asking what the friendly results might have looked like with his first choice lineup. Berhalter's lineups were part of his experimentation. In the opening friendly, he tried out players that weren't on the 40-man Gold Cup roster. Once he set the final roster, he held out players that most would expect he would have in his preferred starting eleven for games that count.

During Fox's broadcast, their USMNT-centric Gold Cup commercial focused solely on that. These are the first games that count for the USMNT since the 2018 qualifying cycle and there is plenty at stake for all involved. Berhalter, of course, is well aware of this. His decision to keep his bigger ideas in place over the course of 180 friendly minutes is part of that. It also immediately raises the stakes for the 2019 Gold Cup.

MLSsoccer's Bobby Warshaw on the USMNT's loss in the final warm-up friendly. SI.com's Brian Straus with what the friendly losses could mean for the USMNT in the Gold Cup. ESPN's Jeff Carlisle has USMNT coach Gregg Berhalter's post-game comments.

The USMNT exited the U-20 World Cup 2-1 to Ecuador on Saturday in the quarterfinals. Ecuador went ahead through Jose Cifuentes in the 30th minute. Tim Weah equalized in the 36th. John Espinoza scored Ecuador's winner in the 43rd. Ecuador advances to play South Korea on Tuesday in the semifinals. Ukraine faces Italy in the other half of the bracket. Goal's Ives Galarcep's look at what the USMNT learned from the tournament. American Soccer Now's Brian Sciaretta looks back USMNT coach Gregg Berhalter's post-game comments.">at the cycle for this U-20 USMNT squad.

The Miami Herald's Douglas Hanks reports on the stadium site search in Miami.

The Guardian's Barney Ronay with what the Nations League got right in its first season. Yahoo Sports' Leander Schaerlaeckens on the value of winning the UEFA Nations League. Football365's Sarah Winterburn takes issue with instant replay. Inside world Football's Andrew Warshaw has Spain and Portugal bidding for the 2030 World Cup.