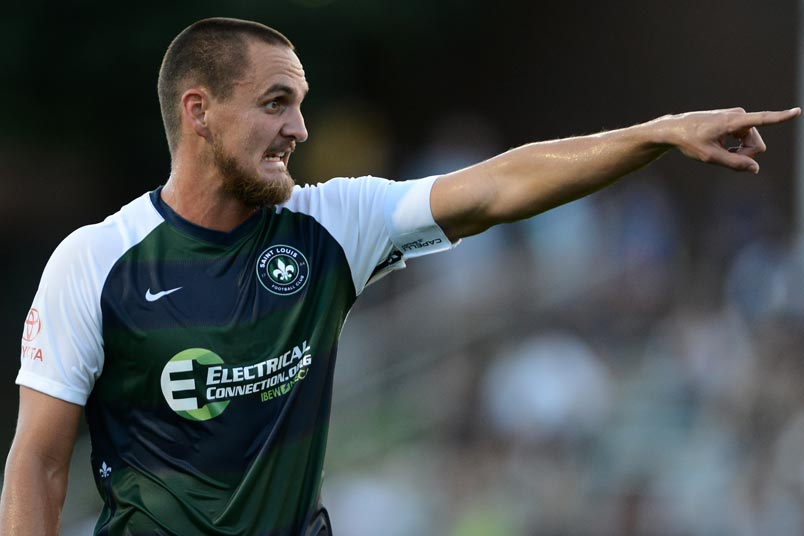 The soccer news starts with more from the US Open Cup round of 16. NYCFC knocked out DC United 2-1 at Audi Field. Wayne Rooney put DC up in the 32nd minute with Alexandru Mitrita equalizing in the 38th. Ismael Tajouri-Shradi scored for New York in the 41st minute

"First goal, the team had two chances and we had some deep runs but they did well in identifying the space in making runs and good passes," Rooney said. "It was disappointing to be down going into halftime. The second-half, they sat out and had one chance, but we weren’t threatening enough to take back the game and get the goal to tie it up so probably a fair result."

Orlando City advanced with a 2-1 home win over New England. With the game finishing scoreless in regulation, Benji Michel scored for City in the 96th minute with Tesho Akindele doubling the lead in the 101st. Justin Rennicks scored for the Revs in the 117th.

Portland moved on to the quarterfinals with a 4-0 shutout of the LA Galaxy at Providence Park. An own-goal opened the scoring in the 28th minute with Brian Fernandez doubling the lead in the 34th. Sebastian Blanco made it 3-0 in the 37th with Jorge Moreira finishing off the Galaxy goals in the 82nd minute. Timbers goalkeeper Steve Clark made four saves to keep the clean sheet.

"You know this is soccer sometimes," Galaxy coach Guillermo Barros Schelotto said. "But we gave a lot of advantage in this part of the game where Portland scored three times. We lost the mark in the set pieces. We couldn’t kick out an easy ball on the second goal. The fourth goal is again, we gave a lot of opportunity to the right back to beat us today."

In the AFC Champions League, Mix Diskerud's Ulsan Hyundai took a 2-1 lead in their round of 16 series at Urawa Reds. Trailing from the 37th minute, Joo Min-Kyu equalized in the 42nd with Hwang Il-su scoring in the 60th. The series concludes on Wednesday.

AP's Rob Harris reports on secretary general Fatma Samoura stepping in to temporarily run CAF, the Confederation of African Football. The NY Times' Tariq Panja looks at FIFA's decision to directly intervene in African soccer. Football365's Daniel Storey asks if there will be competition at the top of the Premier League.