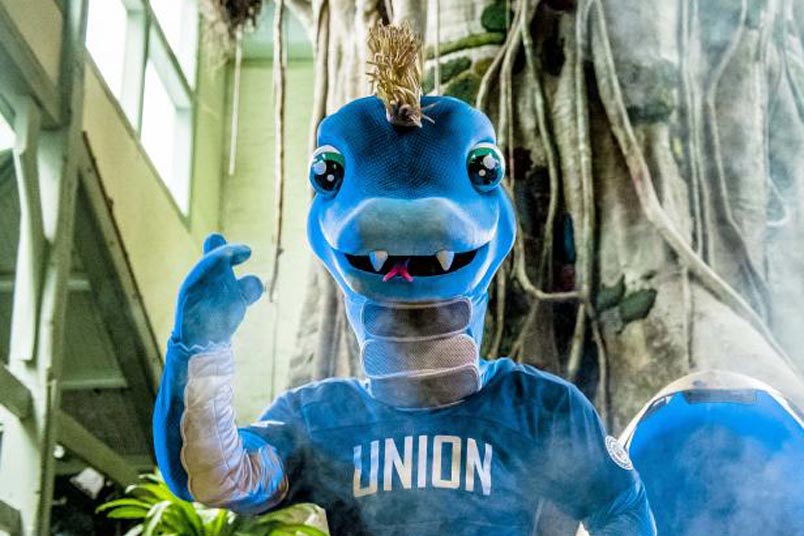 By Jason Davis – WASHINGTON, DC (June 7, 2019) US Soccer Players - Let's start with a question: What is Philadelphia? An important city on the Eastern seaboard. The fourth largest television market in the country. A professional sports hotbed, with teams bearing the city's name in the NFL, NBA, NHL, Major League Baseball, and of course, Major League Soccer. The home to the Union. When it comes to that Union and the soccer coming out of Philadelphia, they're also nobody's rival.

This comes up for a good reason this week, with the New York Red Bulls visiting Talen Energy Stadium on Saturday. The match carries plenty of intrigue regardless of any rivalry narratives. Let's count it up.

Philadelphia sits atop the Eastern Conference standings while the Red Bulls are riding a five-game unbeaten streak. Poor timing aside, with both teams are missing key contributors due to international duty intensity should not be an issue. Both clubs know that this game could play a big role in final seeding for the newly reformatted playoffs.

Union coach Jim Curtin expressed no concern over getting his charges ready to play when discussing the game following training on Wednesday.

"We don't need to motivate the players when it's a Red Bull week," he told MLSSoccer.com. "We know them very well, they know us very well. Two top teams in our league right now in very good form. Chris Armas has done a great job with their club, especially in recent weeks."

"Red Bull week" is an accurate description of this week from the Union side of the match. Curtin may or may not have said it with rival-riffic undertones.

There's no denying the Union would like it to be a rivalry. They might even be a little desperate to push that story. Meanwhile, the Jersey side and its fans generally dismiss the idea with a decided whiff of disdain.

In the buildup to the game, Philadelphia released a "viral" video (read: a video designed to go viral that might or might not actually do so) depicting Philadelphia-based YouTube comedy star Ed Bassmaster taking a sledgehammer to a red car parked in downtown Philadelphia bearing a New York Red Bulls sticker.

Union mascot Phang (a snake with arms, making him a zoological marvel) arrived shortly after the staged destruction commenced to cheer on Ed and gesticulate for the strategically placed "hidden" cameras. It was surreal when bystanders caught the club making the video and posted cell phone footage to the internet two weeks ago. It stayed that way when the Union delivered the "official" version on Monday.

Depending on how kind you want to be to the Union, it was either a thirsty bid for attention or a tongue-in-cheek attempt to spark a bit more heat between the clubs. It's difficult to imagine the Red Bulls producing anything similar when the Union travels across the Commodore Barry Bridge and north to visit Red Bull Arena.

Just by virtue of geography, it makes sense that the Union and Red Bulls would be rivals. A quick jaunt on I-95 is all it takes for fans of the two teams to take the away trip. Proximity is the chief ingredient in rivalries around the globe.

The other key ingredient is history. In both areas the Union coming up second choice for the Red Bulls. It's hardly their fault. There are a pair of impossible problems to overcome for a club without an obvious rival. History makes DC United the first rival for the Red Bulls and one that still stirs emotions. DC and New York go back to the dawn of MLS. It was the Washington outfit that played the leading role in preventing the then-MetroStars from winning an MLS Cup trophy.

The arrival of NYCFC across the Hudson River in the Bronx usurped any momentum the Union and Red Bulls were building as geographic rivals. Philadelphia is close to Harrison, but the Bronx is closer. Both the Red Bulls and NYCFC claiming New York made for an obvious turf war that, while initially lukewarm and awash in artifice, has legitimately blossomed.

There's no faulting the Union for trying, even if their efforts are occasionally a little over-the-top. Philly just wants to be hated. It's not much a problem in those other sports, so it must be a little maddening not to have a solid partner in the rivalry-rich MLS of 2019. New York has two rivals! That hardly seems fair.

While never underestimating MLS expansion, it's probably not going to get any better for the Union and their destructive snake. The future on the rivalry front is fairly bleak. If the Red Bulls remained stocked up and continue to thumb their noses at Philadelphia and DC United is content with their I-95 clash with the former MetroStars, it will take something unforeseen to give the Union a clear-cut rival of their own.

The only real path to rivalry for Philadelphia is to build a history playing meaningful matches against another club. That means not only being good in spurts but staying good enough for long enough to make games count. Play a team enough times for the right to go to a conference final or an MLS Cup and a rivalry will naturally grow.

The Union is holding up their side of that equation so far. A clear identity in Philadelphia and a team-first mentality built on the play of talented but unheralded players is paying dividends.

Ernst Tanner's early returns are good. Jim Curtin is getting the most out of his team despite injuries and other setbacks. The rest of the East, namely the Red Bulls and Atlanta, are only just waking up after slow starts. There's no reason yet to doubt that Philadelphia can maintain their place among the East's elite. The Union still don't spend money at the same levels as the league's most ambitious teams. Overcoming that issue will require an adept plan. Difficult, but not impossible.

Philadelphia can't really do anything about the fortunes of other teams, or anything to ensure that there are regular enough clashes to foster the sort of real enmity that develops into a rivalry.

Red Bulls fans swear that there is no rivalry with the Union. That may be true, but it wouldn't take long for one to sprout if Philadelphia stands in the way of Red Bulls success. Or they could just beat up more cars.

Photo courtesy of the Philadelphia Union