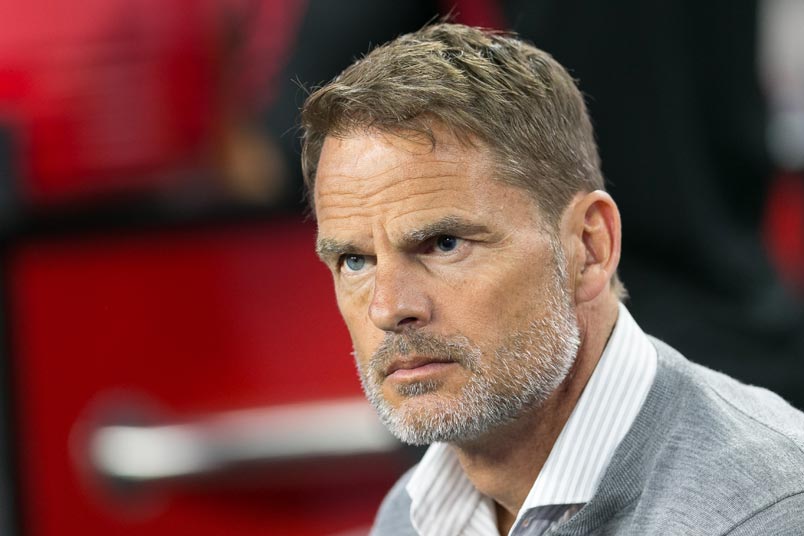 By Jason Davis – WASHINGTON, DC (June 12, 2019) US Soccer Players - It's not every season that Major League Soccer teams get a multiple-week break in the middle of their schedule. It's only every other season when Concacaf holds its continental championship. The first time MLS halted league play for the international tournament was 2017, an 11-day pause.

In 2019, the break is technically only seven days between June 14 and 21. Due to the vagaries of the schedule and the timing of the break, some teams will go three weeks between games.

Following a period thick with midweek matches courtesy of the league's revised season calendar that will move the MLS Cup final from the first week of December to the middle of November, three weeks off is a massive amount of idle time. It's more than enough time for teams to take stock and recuperate before the second-half of the campaign begins.

Some teams need the break more than others, as you'd expect. It's not just about the standings. While it's generally fair to say that clubs at the bottom of the standings need the break, a few teams are in the process of scrambling their way up the table and would probably prefer to keep the momentum going. Not FC Cincinnati, though. FC Cincinnati is good with the break.

Elsewhere in the East, meaning further up the table, is where the Gold Cup-break generated intrigue really lies. The four teams at the top of the standings all have reason to appreciate or rue the temporary cessation of hostilities.

Let's start with the defending champion, Atlanta United. Frank de Boer's settling-in period lasting longer than anyone in Atlanta wanted it to, but the club has turned a poor start into a red hot run over the six weeks. A two-game blip in late May aside, United has played winning soccer since the end of April.

Maybe the break isn't a good thing for the Five Stripes. De Boer can use the break to work further embed his system of play with the players not away on international duty, but it's not ideal to stop and pause until June 26. Atlanta arrives at the Gold Cup break just two points back of the Philadelphia Union with a game in hand. The gap between first and second can only get marginally smaller than that.

For a team that suffered through the hysterics of an early season period when de Boer's system wasn't getting results and the team struggled to score goals, sitting on the doorstep of first place is significant. Top of the East is where Atlanta and its fans expect to be. Everyone who doubted de Boer will have nothing left to complain about if and when United returns to the number one spot.

True to form, de Boer has spoken mostly about improving his team's defensive structures over the break. Even though it's the attack that looked slow and ineffective in the initial stages of the season, de Boer's focus remains on solidifying the platform from which his team can play. This makes sense when you consider that Atlanta has more than enough attacking talent to find the goals that will win them games.

United plays three games in eight days when play resumes. The break might have been ill-timed for their quest for first. However, it does give the club time to prepare for a tough run of games that includes trips to Toronto and Chicago sandwiching a home tilt against Montreal.

Atlanta is chasing the Union in the East. Philadelphia entered the break feeling very good about themselves. Jim Curtin's team took down a weakened New York Red Bulls before getting a chance to regroup.

These are heady times for the Union, a team that has never had an extended run in 1st-place in its history. Atlanta is bearing down, but there's enough confidence in Philadelphia to think that the Union can remain near the top of the division post-break. The spotlight has turned to Jim Curtin, painting the head coach as a maturing presence along the sideline who is coming into his own.

Curtin deserves the praise, but there's another interesting dynamic at play: The Union, sans oft-injured designated player Marco Fabian, are a "starless" team winning games with contributions from across the roster. Ilsinho's single-handed destruction of the Red Bulls on Saturday after subbing in is a good example of how timely work by a variety of players is helping the cause.

Like Atlanta, the Union has its own run of three games in eight days when the break ends. They're on the road against New England, NYCFC, and Orlando. If Philly is still standing atop the Eastern Conference when that run ends, there will be no reason to doubt the club's staying power.

Atlanta and Philadelphia carried good form into the break. DC United did not. The 3rd-place team in the East arrived at the Gold Cup intermission on a five-game winless run. While it could have been worse, there are plenty of questions worth asking about the Black & Red. It's not that United has lost the ability to score, it's that DC hasn't been able to turn those goals into victories.

United has a few players off on international duty, Paul Arriola and Junior Moreno chief among them. The break is really about getting a few crucial names healthy for the second half of the season. Starting centerback Steve Birnbaum and starting defensive midfielder Russell Canouse left DC's 1-1 draw against San Jose last Saturday with injuries. Olsen has some cover for Canouse in the form of US U-20 youth international Chris Durkin, but multiple missed games by Birnbaum would be disastrous.

The play of the team was troubling enough for star Wayne Rooney to speak out following the draw with San Jose. "We've been fortunate where we are in the league. This is a big wake-up call, this last month. If we don't wake up on the pitch... we won't improve."

Improvement in the standings won't be difficult just because of Philadelphia and Atlanta, the two teams ahead of United. Two New York clubs lurk just behind Washington and appear ready to make a post-break charge.

The Red Bulls loss to Philadelphia took some steam out of their league form. Chris Armas's club was five games unbeaten before that setback. There are questions in New York, namely around the forward line. Kaku is turning in good performances and the club has navigated a period beset by injuries and absences.

This is not last year's record-setting Red Bulls team. That doesn't mean they aren't good enough to make the playoffs or even climb the table in the East. The break for New York is mostly about getting healthy and hoping a few important pieces return early from national team duty.

Behind the Red Bulls is an NYCFC team that hasn't lost since March. In fact, the March 29 defeat to Toronto is NYCFC's only loss of the year. Rarely has Dome Torrent's side looked dominate or one of the league's elite outfits, but the consistent ability to earn points is a testament to their ability to stay in games.

Heber has fit right in. City is getting strong play from the likes of Alexandru Mitrita and Maxi Moralez. All three scored in a 5-2 win over Cincinnati heading into the break. No one will point to that win as an indicator of anything great for NYCFC in the future, but it's a fine way to head into the Gold Cup break.

NYCFC needs to turn more draws into wins, as indicated by the standings. The first test of their ability to do so comes directly following the break when they host the Union at Yankee Stadium on June 29.