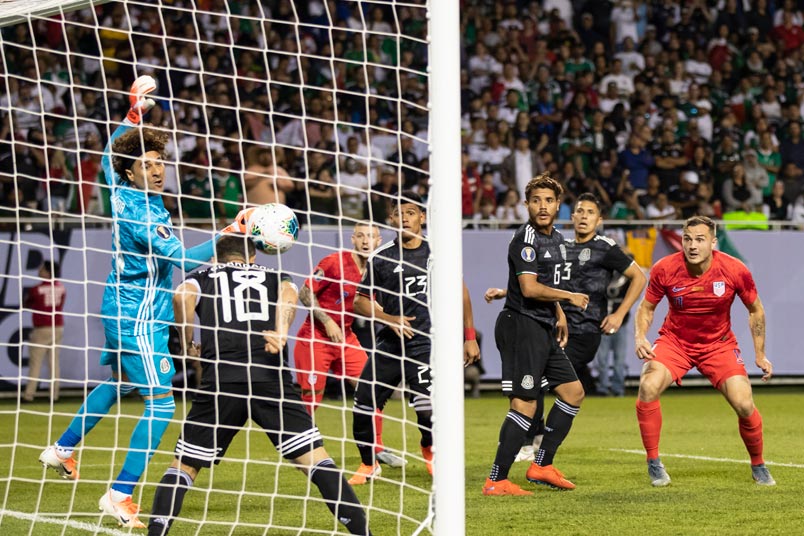 The soccer news starts with Mexico lifting the 2019 Gold Cup after beating the USMNT 1-0 in Chicago. The game hinged on Jonathan dos Santos’s goal in the 73rd minute. The USMNT had its chances, coming close to taking the lead in the first-half. It’s the 8th Gold Cup title for Mexico, giving them momentum in their latest era under Tata Martino. Here’s what we saw from the 2019 Gold Cup final.

Mexico out shot the USMNT 20 to 11 putting five of those on goal to the USA’s three. That doesn’t necessarily speak to the quality of the chances. Mexico shot more, but the USMNT can look back on a couple of near misses that on their own changed the complexion of the game. Mexico was well aware of how close they came to trailing at the half, regrouping and reestablishing a tactical approach that in the end only had to work once.

Concacaf’s decision not to use VAR makes a statement about their stance on instant replay. It’s easy enough to support that decision looking at how VAR does and doesn’t work in other tournaments and leagues. Still, VAR is part of the modern game and part of how referees should expect to do their jobs. Instead, it was an old school tournament for Concacaf, sometimes used as Concacafed to describe what can happen to teams. On replay, a USMNT appeal for a handball in the 50th minute during a sequence that started with Jordan Morris’s shot was cleared off the line by Mexico’s Andres Guardado may not have held. In practice, it was certainly worth taking a look.

Both coaches played down any carryover from their MLS days, but part of this final was always going to be Tata Martino vs Gregg Berhalter. Martino’s team lifting the trophy tells the story. What he got right was his adjustments in the second-half. The sequence that led to the game’s only goal started with Mexico holding the ball in midfield and getting a look at the USMNT defense before launching the only successful attack. Dos Santos’s goal was certainly special, but the spacing was tactical and required multiple players filling their roles. The USMNT went out on a quality shot that required team play to create. What this means for either team moving forward is still an open question. Martino needs his strongest available squad and the USMNT needs more time to get in sync with Berhalter’s tactics.

The Cincinnati Enquirer’s Pat Brennan reports on the coaching situation at FC Cincinnati. Goal looks at the commercial flight issue in MLS. WHYY’s P Kenneth Burns asks about the situation in Chester after a decade of Philadelphia Union soccer.

The Guardian’s Jonathan Wilson recaps the Copa America final with Brazil beating Peru for the title. World Soccer’s Tim Vickery has his takeaways from the Copa America. Reuters relays Adidas CEO Kasper Rorsted’s comments about the amount of soccer on TV.