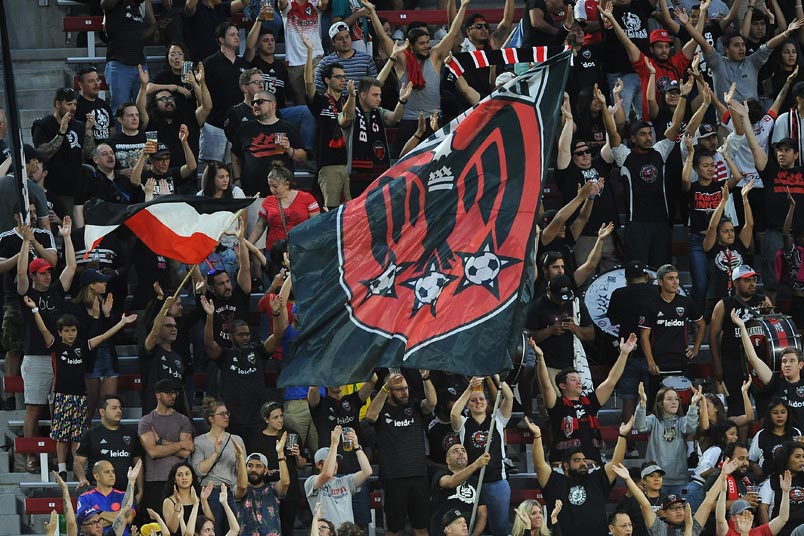 The soccer news starts with New England Revolution coach Bruce Arena asking a question about Audi Field. Why isn’t their more references to the history of the club he turned into the league’s first dynasty? Considering DC United now controls their environment, it’s certainly one worth asking.

“I should see Marco Etcheverry and Jaime Moreno in the rafters somewhere,” Arena said. “This club had a great tradition. That tradition you should see every time you walk in the stadium. That’s just my opinion.… It’s just what I think. You walk into stadiums in any sport around the world, they celebrate their past. They should be celebrated a little more. What do I know, I’m not up with the millennials. They don’t know who… anybody was anyways.”

Arena is certainly due his viewpoint, but it’s worth remembering that nostalgia has come and mostly gone as a sports business trend in the US. Blame throwback everything in the 90s and 2000s. Without the idea that reviving something old results in more revenue, it’s tough to make the case for the past. In a league that’s oldest clubs are playing in their 23rd season, MLS needs a lengthier history before we know how they might honor it.

That’s not an excuse for doing next to nothing, and many have already stressed what clubs do with their city’s soccer history. That doesn’t necessarily weaken Arena’s point. He’s talking about tangible history available for anybody on any given match day. For the most part, he’s right about its absence.

Celebrating old NASL teams is nice, but it’s not likely to resonate the same way. FC Dallas now has the National Soccer Hall of Fame, but that’s a one-off in a league under continual expansion. It’s also not about MLS when considering the inability for an MLS player to win election.

Rather than trying to disprove what Arena is saying about Audi Field in particular, it might be worth it for MLS teams to see it as constructive criticism. MLS and its teams are in the position to tell their own stories. Why not take full advantage of that?

MLSsoccer’s Matthew Doyle reviews week 19 in MLS. SI.com’s Avi Creditor also looks back at week 19. The Philadelphia Inquirer’s Jonathan Tannenwald explains what Jamiro Monteiro means to the Union. ESPN’s Tom Marshall reports on Club America winning the Campeon de Campeones on penalties over Tigres and moving on to the Campeones Cup against Atlanta on August 14.

The Liverpool Echo’s Daniel Storey’s take on how the club will use its younger players. The Guardian’s Jonathan Wilson reports from the Cup of Nations with Algeria advancing to play Senegal in Friday’s final. World Soccer’s Tim Vickery looks at the situation for coaches in Brazil’s club soccer.