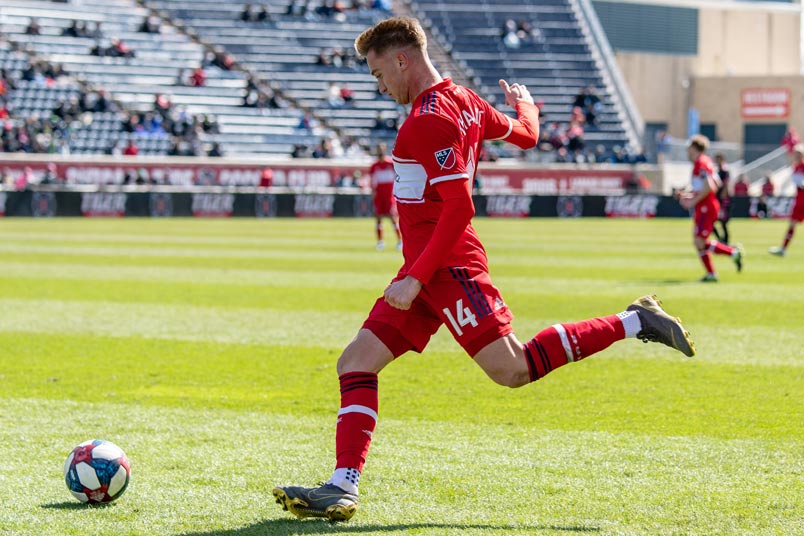 The soccer news starts with the Chicago Fire making at least one step in their attempt to reestablish themselves in their local market official. The club announced a deal with the village of Bridgeview to play games elsewhere in the Chicagoland area. Reports have the team returning to Soldier Field and potentially rebranding for the 2020 MLS season.

Bridgeview gets $5m to develop the area around Toyota Stadium and an initial $10m from what will become $60.5m over the course of the Fire's existing lease on the stadium through 2036. The club will train in Bridgeview. That clears the way for the Soldier Field move with The Chicago Tribune's Jeremy Mikula reporting that as of yet there is no deal for the team's return to the NFL stadium.

"We are grateful to Mayor Landek and the residents of Bridgeview for our partnership," Chicago Fire investor/operator Andrew Hauptman said. "We’re glad we are able to strengthen our relationship while exposing even more fans to our club and world-class soccer in a more centrally located Chicago stadium. Today marks the next chapter in the growth of the club and the opportunity to play for more fans than ever in one of the world’s great cities."

Soldier Field was the original home of the Fire when they debuted in MLS in 1998. The club had to find an alternate stadium due to the reconstruction of Soldier Field. After a lengthy search that included a plan to build a modular stadium, they eventually settled on North Central College in Naperville, IL for the 2002 and most of the 2003 season before returning to Soldier Field. The Fire moved to Bridgeview at the outskirts of Chicago for the 2006 season.

In 2012, NBC debuted Chicago Fire, their drama about firefighters in the city. The success of that show is a marketing issue for the club, easily seen by doing a search for "Chicago Fire".

Whether or not this is a transitional moment for an earlier version of MLS remains an open question. The Fire might become the first team to leave a stadium built in the first boom of soccer-specificity. What that means for the other clubs playing in similar venues outside of city centers is market dependent. The suburban version of MLS might not be ideal, but it speaks to that market reality for those clubs that made those choices back in the mid-2000s. While acknowledging the specificity of the Fire's situation, we now have some idea of the cost for an MLS club when they decide that they're better off adapting a version of the newer MLS model.