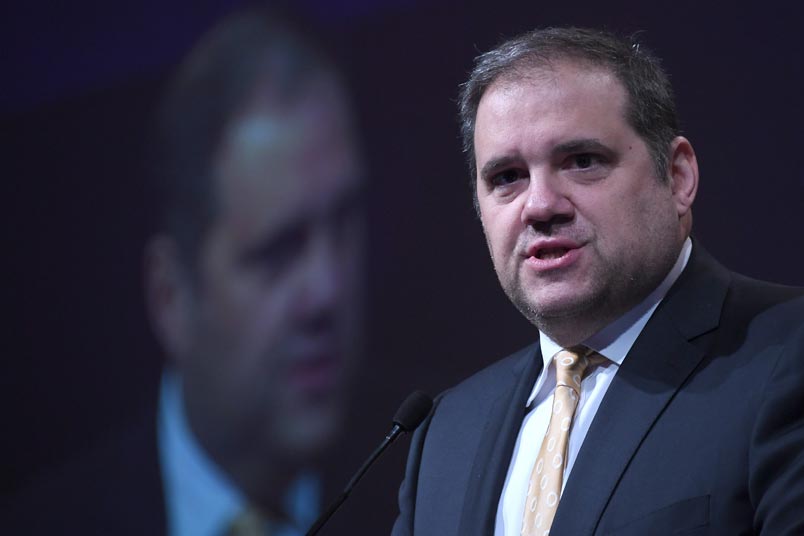 By J Hutcherson (Jul 9, 2019) US Soccer Players – The final of the 2019 Gold Cup highlighted exactly what the organizers seem to want by design. Mexico vs the USMNT in a packed NFL stadium that ended with both teams looking like they could’ve taken the trophy. That it was the first time since 2011 that the bracket worked to advance the two biggest teams in the region is a success. So are all the other teams that emerged during the tournament. This is what Concacaf wants for itself, making moves like Gold Cup expansion that seems to benefit the entirety of the region. That’s their job, after all.

For Concacaf, this is coming at a time of change throughout world soccer. There’s an oddity of a World Cup scheduled for November and December of 2022. The delay in deciding whether or not to expand it means we still don’t have a World Cup qualifying schedule. UEFA’s Nations League led Concacaf to do the same, taking out four friendly slots from the six on the schedule this fall. That too is a risk, with no real feel for how the elite teams might approach a tournament with no status other than Concacaf putting it on the calendar.

Then there’s the club game. Concacaf seems to have no hesitation in making drastic alterations to the Champions League. There used to be a group stage for everybody, now MLS and Liga MX clubs start in the knockout round. There are still complaints about the schedule not favoring MLS and the Liga MX dominance with the expectation that Concacaf isn’t set on how the tournament should work. Meanwhile, Liga MX and MLS have their new Leagues Cup and year two of the Campeones. What that means when the Champions League exists is a question that Concacaf has every right to ask.

Hanging over all of this is 2026 when three Concacaf teams jointly host the first expanded edition of the World Cup. With the expectation that those three teams won’t have to qualify, Concacaf faces a one-off qualifying cycle without the North American zone that features its two biggest draws. If Concacaf does as they’ve suggested and modifies World Cup qualifying for 2022, we may not know what the new standard for making the World Cup is until the 2030 cycle.

Right now, a big part of Concacaf’s job is navigating all of this uncertainty. They have control over a few things, but almost all of it is in concert with other entities that may have different ideas.

World Cup qualifying has a bit of a buffer because the tournament doesn’t start until mid-November 2022. Still, having no clear idea about how qualifying might work or dates on the schedule is a bit much. Concacaf seems to always talk about changing the model before the start of each cycle, usually reverting to what we know. Play-in, group stage, Hexagonal round. That’s what produces some of the best games in the region, with all the World Cup pressure coming to bear. It’s that intensity that does the best job creating the types of teams that have a chance of succeeding at World Cup level. It’s also a potential problem now and in the 2026 World Cup cycle for Concacaf.

Now, the issue is simply deciding on a format and announcing it. FIFA holding off on deciding on World Cup expansion until their congress the first week of June did the Confederations no favors. The Nations League already takes up the international calendar through May 2020. How that might work with qualifying is just another unanswered question.

The 2026 cycle and the likelihood that the North American zone won’t be playing means two things. First, the rest of the region won’t be testing itself against the best teams in Concacaf. Good news in theory, but it takes away a valuable measuring stick. For the USMNT, Mexico, and Canada, it’s trying to figure out the best way to get games that sort of count on the schedule. That’s as much a Concacaf problem as it is an individual soccer federation problem and it needs addressing sooner than later. Easy enough to write when we don’t have any answers about the 2022 World Cup qualifiers.

Liga MX and MLS’s rekindled friendship at club level is another issue. Sitting at the apex of the club game in the region, they look determined to benefit each other outside of the Champions League structure. Taking teams from two leagues and putting them in a knockout format is not a new idea in the wider world of soccer or for Liga MX and MLS. Which stresses why now is a good time to try it again? Concacaf’s Champions League hasn’t exactly cracked the problems with its regional tournament, one that’s obligatory. Why would leagues running something similar be any different?

Where this leaves Concacaf is an issue for club and country. As the regional governing body, they should be the ones taking the lead. The Nations League might be a borrowed concept from UEFA, but it was a direct response to Europe partially shutting its doors for international friendlies. Nations League games also count more in the FIFA Rankings, something that could eventually matter for World Cup seeding. Concacaf doesn’t have the luxury of waiting, something that they showed by adopting the Nations League. That should mean something for everything else on their to-do list.