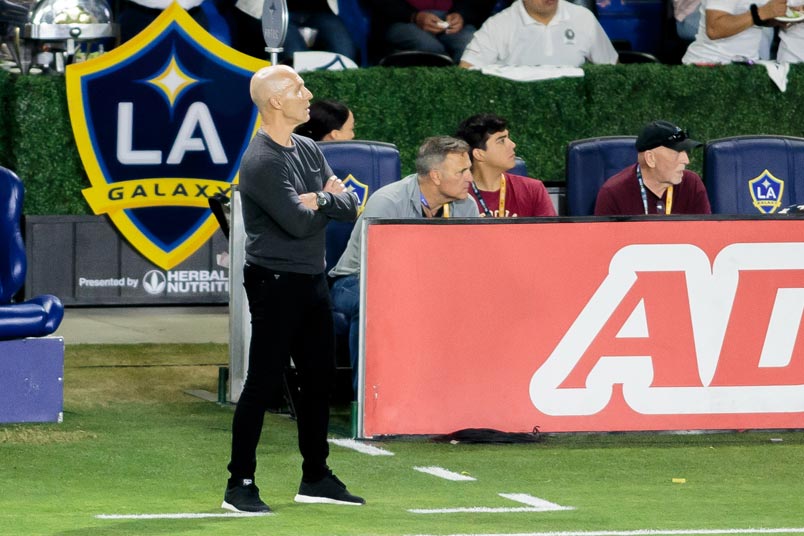 By Luis Bueno – RIVERSIDE, CA (Jul 31, 2019) US Soccer Players – Heading into the summer stretch in MLS, both LAFC and the LA Galaxy have shown signs mostly signs of strength. LAFC leads the league with a 15-3-4 record, good for 49 points. The Galaxy is one point out of 2nd-place place on 37 points and beat LAFC earlier this month.

Lately though the clubs have hit a bit of an inconsistent spell. LAFC looked vulnerable in its defeat at the Galaxy and, after starting out with one loss through June 1, has a 4-2 record since the end of the Gold Cup break. The Galaxy meanwhile has alternated wins and losses since the end of May, with four victories and four defeats since then.

Now is the time for both clubs to try to stay on course. The summer transfer window is rapidly closing. The LA teams need to solidify deals each side has in the works to have the best chance of success come playoff time.

Despite both sides growing stronger through the course of this season, standing pat is not an option now. With one solid move apiece, LAFC and the Galaxy would improve considerably. LAFC would all but wrap up the Supporters’ Shield title. The Galaxy would go from solid playoff contender to potential challenger to LAFC for a spot in MLS Cup.

With few holes in the attack, LAFC could use some help defensively. The team has allowed six goals in the last two games, although LAFC still has the league’s stingiest defense overall with just 23 goals allowed this season.

However, LAFC is looking to bolster the frontline with the addition of Uruguayan youth international Brian Rodriguez. LAFC and Uruguayan side Penarol are reportedly in talks about a deal that could send him stateside. LAFC reportedly is set to pay $11.5 million for Rodriguez’s services.

The move might seem puzzling at first. LAFC leads the league with 59 goals and can seemingly score at will. The club scored 20 goals in five games in July. That is more than half of what the second-highest scoring Western Conference team San Jose has scored all season.

Enter Rodriguez. The 20-year-old would give LAFC another attacking option. He could slide into one of the flanks as wide midfielder appears to be his most comfortable role to play. Rodriguez, who scored twice for Uruguay in the Under-20 World Cup held earlier this year, is also drawing interest from Italian side Udinese.

If LAFC is the one to land him, it might seem like overkill. LAFC already has two players with double-digit goals (Carlos Vela 22 goals, Diego Rossi 12) and another (Adame Diomande) on seven. The team counts on Latif Blessing and Christiam Ramirez for offense as well. They also have players like midfielders Mark-Anthony Kaye, Eduard Atuesta, and Lee Nguyen around as well.

Making a move to add Rodriguez to the team could spark competition and make an already competitive unit even more so. That increase in competition could help the club. There are also the rumors that Rossi could be on the move. Rodriguez’s arrival could give the club more flexibility to move Rossi now or in the winter.

Rodriguez does not fill a hole for LAFC, but it speaks well of the attitude that persists within the team. 1st-place on 49 points and 59 goals is not good enough to pass on the chance of making improvements to the team. The club has created a culture of winning and success in a short amount of time. That only bodes well for the future.

GALAXY LOOK FOR HELP FROM ARGENTINA

Coming into the season, the Galaxy needed defensive help badly. The club still has flashes of its 2017-18 defense which was one of the league’s worst during that stretch. Galaxy officials did bring in the likes of Diego Polenta and Giancarlo Gonzalez to help shore up the backline as well as Favio Alvarez to boost the midfield.

It’s the attack that will either keep the Galaxy back or propel it forward. Zlatan Ibrahimovic is one of the best players in the league, but he can’t do it alone. Right now the club is asking him to do just that. Ibrahimovic has scored 16 goals. The next closest player to that total is Daniel Steres with three goals. That’s problematic since Steres hasn’t scored since May 8 and that he is a center back.

The Galaxy is keen to bring in a striker. They’re interested in Cristian Pavon of Boca Juniors, the same club where Guillermo Barros Schelotto coached before joining the Galaxy. The Pavon-to-Galaxy rumors have played out through social media like a bad South American soap opera. At one point, reports had the Galaxy simultaneously making what would be a league-record $18 million offer for Pavon and also making an offer that would be nowhere near that amount. The latest rumors out of South America indicate that Boca Juniors rejected an $18 million bid from the Galaxy but countered with a loan deal with an option to purchase.

Where this leaves the Galaxy right now is Pavon or bust, at least if the rumors hold. It’s a big get if they can land Pavon, whether it’s on a loan or a full transfer. Pavon, 23, was on Argentina’s 2018 World Cup roster and has 11 caps for Argentina. Pavon would instantly give the Galaxy one of the league’s top front lines and would more than adequately fill the club’s second striker spot.

Pavon’s arrival could catapult the Galaxy toward the top of the Western Conference. The club would need to improve quite a bit more to dethrone LAFC as the favorites to reach MLS Cup out of the West. With Pavon and Ibrahimovic in the attack, the Galaxy could approach that level though and make a legitimate title run once the postseason arrives.