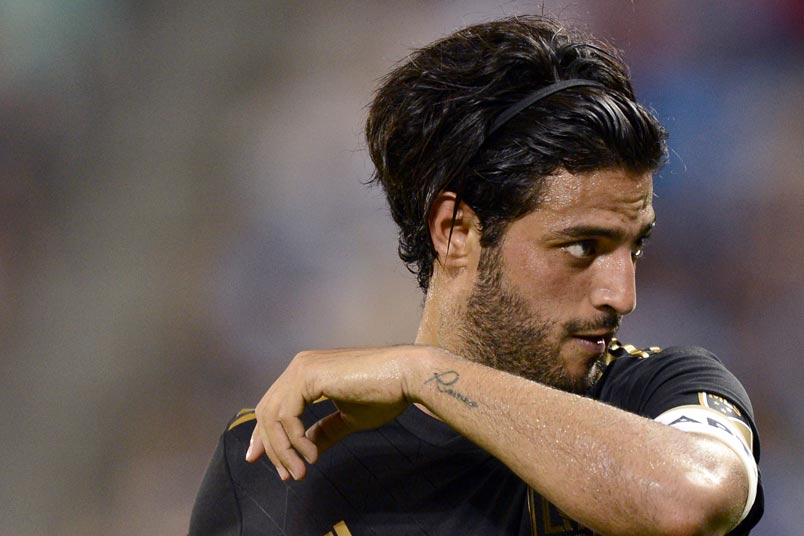 By Luis Bueno – RIVERSIDE, CA (Jul 17, 2019) US Soccer Players - As more teams enter MLS, the league has adjusted its schedule accordingly. More teams to play means fewer games against the same opponent if the league wants all of its teams to play one another. Consequently, Friday will be the first of two meetings this season between budding rivals LA Galaxy and LAFC. The teams will meet up in a nationally televised match at Dignity Health Sports Park before closing out the season series on August 25 at Banc of California Stadium.

There is already quite a bit of hype surrounding this game, and understandably so. These are teams in contention. The fan support is there. It's the template for an MLS derby. On the eve of the first LAFC-LA Galaxy meeting of 2019 though one thing must be kept in mind.

This is not a rivalry.

No matter the circumstances leading up to this match, the proximity of the two teams to each other, or the rabid support behind each side, this series has not yet become a rivalry. You can't manufacture a rivalry. They are organic, spawning and growing on their own.

At most, what we're watching are the beginnings of a rivalry. That's all anybody can reasonably expect at this point. Things need to happen before the LA derby joins Seattle vs Portland, DC United vs New York Red Bulls, and LA Galaxy vs San Jose Earthquakes as one of the league's great rivalries.

First and foremost, LAFC must win a match. Before this can even be the tiniest of rivalries, LAFC needs a victory. The Galaxy picked up a win over its crosstown opponents the first chance it had. They overturned a 3-0 deficit to beat LAFC 4-3 in Zlatan Ibrahimovic's first-ever match in MLS. The March 2018, 2018 result was a rude welcome for LAFC and set the foundation for the Galaxy controlling of the series.

LAFC did not do as poorly in the other two meetings last season. The clubs tied 1-1 at the Galaxy's place and 2-2 at Banc of California Stadium later that year. The lone game at LAFC's home was almost a disaster. LAFC did its best to turn a 2-0 lead into a loss.

The Galaxy is threatening to make this a lopsided rivalry. The team takes pride in being the original Los Angeles soccer club in MLS. LAFC is quick to point out that the Galaxy is based in Carson, and therefore not an actual Los Angeles team.

That would be a valid point for the Dodgers vs Angels rivalry. The Angels play in Orange County and not Los Angeles County. Angel Stadium of Anaheim is 31 miles away from Dodger Stadium. Carson is in LA County and just 12 miles from Banc of California Stadium.

Regardless, the Galaxy's pride in being an original club with a history of success does come into play. It means the new upstart club needs to show they can play. If LAFC cannot get past that, then this rivalry will not take off this year, certainly not on Friday.

Simply put, this rivalry needs a game that really counts. That almost happened last season. The Galaxy had a 2-0 halftime lead over Houston, a scoreline that would have set up a Galaxy at LAFC winner-take-all playoff match. Instead, the Galaxy gave up three second-half goals, lost 3-2, and missed the playoffs.

It's that sting of defeat that can force teams to do better, to rise to the next challenge and atone for past mistakes. Postseason meetings are what have helped the Galaxy and San Jose create one of the league's top rivalries. Each side has memorable playoff wins. The Galaxy knocked San Jose out of the playoffs en route to winning MLS Cups in 2012 and 2005. San Jose's epic comeback of 2004 and MLS Cup 2001 win over the Galaxy are also legendary.

This season, getting that playoff encounter once again depends on the Galaxy. The Galaxy started the season off strong but has been fading in recent months. Entering Friday's match, the Galaxy sits in 3rd-place on 34 points, one ahead of Minnesota and three in front of hard-charging San Jose.

LAFC meanwhile is the class of the league so far. They're top of the Supporters' Shield table with 46 points, ten better than anyone else in the league. There's also the whopping 53 goals and +37 goal difference. If the Galaxy can hang around in the playoff race, then a Galaxy-LAFC playoff meeting would be a possibility. It's one that would favor LAFC on paper.

To be taken seriously, the rivalry's name must be serious. Consider other rivalries around the league:

Then there are some storied rivalries outside the league:

Then there's the El Traffico, the unnecessary exercise in cleverness for the Galaxy vs LAFC. It gives off the feeling that this budding rivalry is not serious.

Rivalries typically include a geographic element. With such rich geographic features in Los Angeles, there were plenty of features that could have been part of the rivalry name. Potential names: the West Side Derby, the I-110 Derby (to get from one stadium to the other, one simply needs to hop on the 110), the Golden State Clasico, the Southern California (or SoCal) Clasico or just the LA Derby or LA Clasico.

All those names speak to geography. The term "clasico" incorporates the rich Latino tradition that helped found and continues to be part of Los Angeles. A hipster-ish name could be the Porciuncula Clasico as the original name of Los Angeles was El Pueblo de Nuestra Senora la Reina de los Angeles del Rio Porciuncula, or "The Town of our Lady the Queen of Angels of the Porciuncula River." That was what the Spanish explorers who founded the town in 1781 called it. The Porciuncula River is now known as the Los Angeles River. As strange as that name would be, it would have some history unique to Los Angeles. That's the point, after all. The uniqueness of what happens when these two teams meet. Otherwise, it's just another game on the schedule.