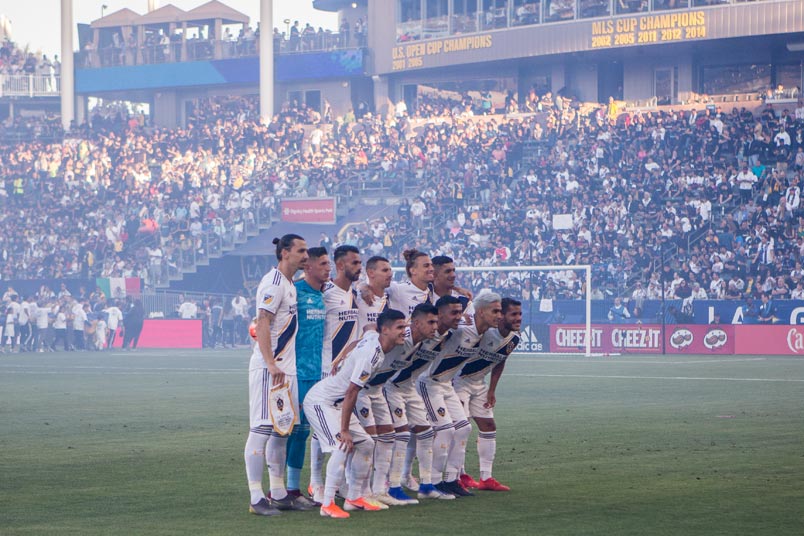 It took Major League Soccer the day before the debut of the Leagues Cup to pull an MLS. While Liga MX confirmed that they will use first choice lineups and treat the new tournament seriously, MLS is relying on coaching discretion. No surprise, that means teams that did nothing to get to this tournament other than accept an invitation are responding accordingly.

The LA Times’ Kevin Baxter reported that the Galaxy will be treating their game with Tijuana with the same importance most MLS teams treat the early rounds of the US Open Cup. Baxter quotes Galaxy coach Guillermo Barros Schelotto saying exactly what we now expect across the league.

“We’re going to try to win. What’s important for us now is to get to the playoffs and for sure we’ll be saving some players for the game Saturday.”

Those saved players are Zlatan Ibrahimovic and Jonathan Dos Santos, aka the primary reason people pay to see this version of the Galaxy. Houston coach Wilmer Cabrera has also decided to test the depth of his roster and use three players from their affiliate Rio Grande Valley FC in the Leagues Cup. His reasoning should sound oddly familiar.

“No matter what, whoever goes on the field, they’re going to try to win,” he said.

It almost makes you feel sorry for MLS, putting together an opportunity for its clubs that at least one of them is treating like an unnecessary obligation. They’ll try to win, but they won’t put out their strongest lineup. That needs saving for the next crucial league game, begging the question if the league of parity really has crucial games in July.

What this also raises is the limits of coaching discretion. There’s no coach on this or any other planet who wants less discretion. Nor do the other members of the technical staff in the era of technical directors and GMs regularly getting a say. Everything becomes crucial if it means denying a team an option. Meanwhile, there are the basic optics of treating a new tournament as anything less than important.

LA and Houston made a choice here, and it’s not the best one for the league. It puts them in a strange situation where advancing sends the wrong message. MLS teams don’t need encouragement to take anything that isn’t a league game less seriously. That’s the default setting right now. It’s one that needs to change for the good of the league, but that’s been true for years.

There was an old response to this sort of thing playing out in the US Open Cup and prestige friendlies. Why doesn’t MLS as a single-entity get their coaches and technical decision makers in a room somewhere and stress what’s really important to that single-entity? It’s a safe assumption that the league’s new tournament would be high on that list.

Instead, MLS is a single-entity when it comes to restraining the options and pay for their players. Otherwise, it’s 24 individual clubs making interesting decisions. The Galaxy and Houston aren’t the first, they won’t be the last, and it’s MLS looking like they’ve created another problem for clever coaches to choose to work around with the same old rationale. League first in MLS.