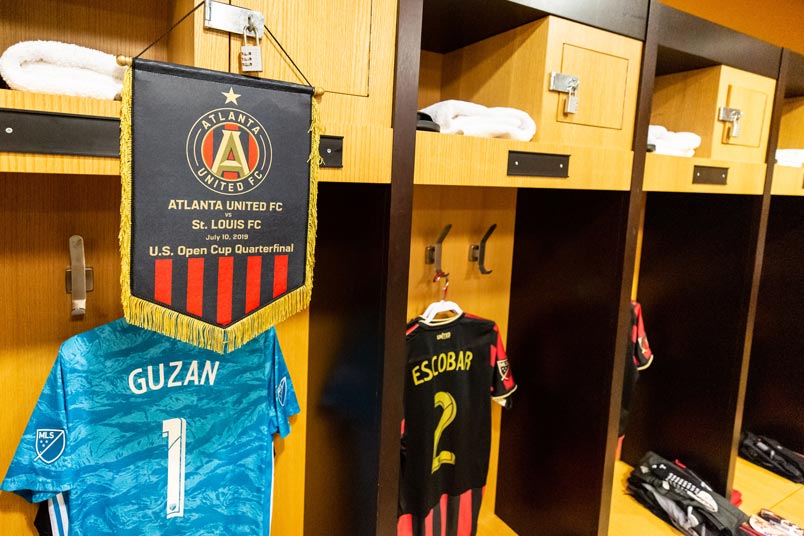 The soccer news starts with the quarterfinal round of the 2019 US Open Cup. Atlanta knocked out St Louis FC 2-0 at Fifth Third Bank Stadium. Emerson Hyndman assisted on Gonzalo Martinez's opener in the 52nd minute with Josef Martinez converting a stoppage time penalty. Brad Guzan made three saves to keep the clean sheet.

Orlando and NYCFC finished 1-1 with Orlando advancing 5-4 on penalties. Chris Mueller put Orlando up at home with Maxi Moralez equalizing six minutes into stoppage time. The 1-1 score line held during extra time. Moving to penalties, NYCFC failed to convert on their first attempt and Orlando did the same in the third round. Orlando goalkeeper Adam Grinwis saved NYCFC's penalty in the sixth round for the win.

Minnesota United needed a comeback to beat New Mexico United 6-1 at home. Santi Moar scored for New Mexico in the 7th minute with Angelo Rodriguez equalizing in the 10th. Darwin Quintero put Minnesota up for good in the 16th with Rodriguez scoring again in the 18th. Jan Gregus made it 4-1 Minnesota in the 23rd and Rodriguez finished off his hat-trick in the 45th minute. Miguel Ibarra scored for Minnesota in the 62nd.

Portland shutout LAFC 1-0 in front of almost 19,000 fans at Banc of California Stadium. Jeremy Ebobisse scored in the 84th minute with Steve Clark making one save to keep the clean sheet.

"I think they’re a good counter-attacking team," LAFC defender Walker Zimmerman said. "They’re a team that, once it gets cleared, they have the ability to play some one-touch passes to break you down and get in behind. We were aware of that and probably honored that a little too much at moments, being a little deeper than we would have liked. But at the end of the day, I don’t feel like we had that many counters that got in behind that led to chances. Just one of those nights where you look at how the goal was scored, that’s football sometimes, just kind of a ridiculous goal."

The Canadian Championship also had games with York9 and Montreal drawing 2-2 at York Lions Stadium. Omar Browne put Montreal up in the 62nd minute. Ryan Telfer equalized for York9 in the 83rd with Rodrigo Gattas scoring in the 88th. Saphir Taider equalized from the penalty spot two minutes into stoppage time.

Calvary and Vancouver drew 0-0 in Calgary. Montreal had 3 shots on goal to Calvary's 2.