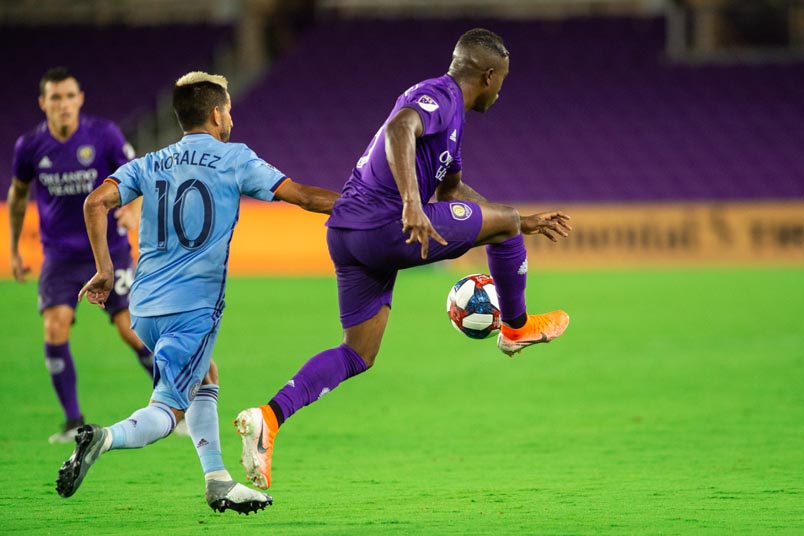 By Clemente Lisi – NEW YORK, NY (Jul 29, 2019) US Soccer Players – There are many metropolitan areas throughout this country that can claim to be thriving soccer centers. It’s what happens after two decades of MLS fan growth and team expansion. The professional club game has become a regular part of the daily sports diet of millions of people. It isn’t surprising that youth clubs, academies, and high schools have upped their game when it comes to developing players.

With the MLS All-Star Game coming to Orlando, the spotlight is back on Central Florida and the success the game has had there in recent years. In general, Florida has always been a soccer hotbed. While the Miami Fusion and Tampa Bay Mutiny failed nearly 20 years ago, the game had enjoyed plenty of success years earlier during the NASL. Immigration to the area, primarily from the Caribbean and South America, and youth players developing into professionals has seen an explosion of talent emerging from the Sunshine State.

A lot has changed since 2002 when MLS left the Fusion and Mutiny behind. With the league’s annual showcase coming Wednesday to Orlando City Stadium, the game against Spanish club Atletico Madrid is a chance for the region to highlight what a hotbed of youth soccer it has become in recent years. Spearheading this development is Orlando City.

Orlando has two players on the roster for the annual MLS Homegrown Game. Goalkeeper Mason Stajduhar and striker Benji Michel. They will join Orlando’s academy director Marcelo Neveleff, who will coach the side made up of the league’s best young players from the United States and Canada. The game, scheduled for Tuesday against Mexican club Chivas de Guadalajara’s Under-20 team, is set for the ESPN Wide World of Sports Complex near Orlando.

While FC Dallas has become the American model for the development and signing of youth players, Orlando City is inserting themselves into that conversation. They have already made a series of decisions that will ensure the team doesn’t miss out on the pipeline of talent developed in its region. Orlando City B, the team’s development academy which plays in the third-tier USL League One, trains with the MLS team at Osceola Heritage Park as of this season. This gives younger players plenty of experience with the pros. Orlando relaunched the USL team this season with the sole purpose of helping to develop players, believing in the league’s mantra #Path2Pro.

Orlando City has only been around for five seasons as an MLS team. In that time, they have signed five Homegrown Players. The 21-year-old Michel is the latest. The forward is what Orlando is seeking in future Homegrown talent, both for how he came up the ranks and how he is thriving in MLS. Born in Orlando, Michel played for the Orlando City U-18’s before spending three seasons at the University of Portland.

“Central Florida is one of the top areas in the country in talent, and we as a club need to focus on grooming players like him to make sure they have a pathway in their professional careers,” Orlando City executive VP of Soccer Operations Luiz Muzzi said this past January when Michel signed a Homegrown contract. “Benji is an exciting player. We could not be any happier to have him come back home.”

Orlando City hired Muzzi away from FC Dallas. He is a big believer in signing young players. In a meeting with reporters before the start of the season, Muzzi said the team has to invest in youth players and change the development culture.

There’s a reason for this. Orlando City has had mixed results with past Homegrown Players. For example, defender Tommy Redding, a former U.S. Under-18 player, was the team’s first Homegrown Player signing. Redding, who was highly touted by several European clubs at the time, grew up in the town of Oviedo, outside Orlando. The then-17-year-old center back played three seasons with Orlando where he received limited playing time during a spell marred by injuries and one with the New York Red Bulls. Redding would go on to become part of the 2018 multi-player deal that brought Sacha Kljestan to Orlando. Redding, who was a Columbus Crew trialist earlier this year, is currently out of contract.

While Orlando City struggles this season, the team’s front office is currently paving the way for the future. By investing in youth soccer as young as age eight, the club is building future signees through Orlando City Youth Soccer Club. In operation since 2011, the organization could start bearing fruit over the next few years as many of those children enter their late teen years.

“The point of (Orlando City B) should be, everybody playing for OCB needs to have potential to play for the first team,” Muzzi said. “There’s no point in having a 31-year-old playing for OCB because we want to be champions of USL League One. I don’t care if we win the title. It’s great to win titles… but at the end of the year, how many of those players are going to go to the first team? Is it three or is it nobody?”