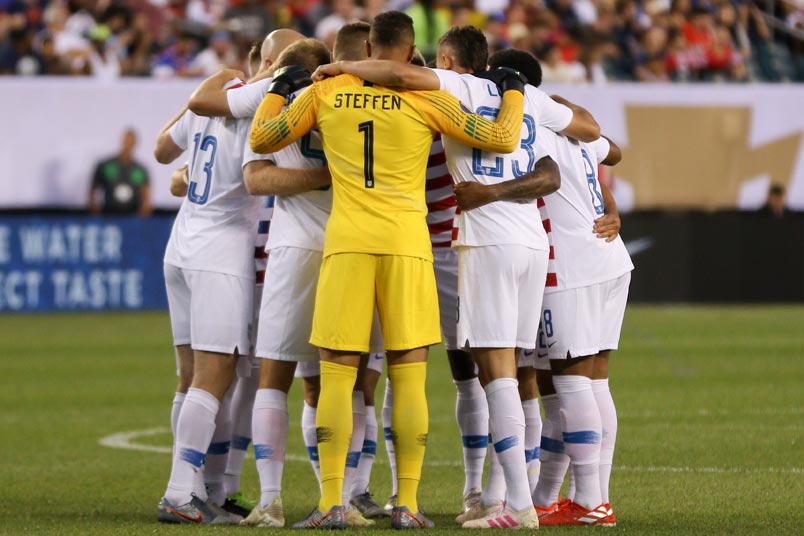 The USMNT plays Jamaica on Wednesday night in the 2019 Concacaf Gold Cup semifinals (9:30pm ET – FS1) with another opportunity to show progress. This has been an interesting tournament for all of the teams with that in mind. Mexico needing extra time to see off Haiti 1-0 is just the latest example. That unexpected difficulty for a favorite followed the USMNT’s 1-0 win over Curacao to reach the semifinals.

Now, the USMNT faces a familiar opponent that they lost to in a warm-up friendly last month. Jamaica’s 1-0 win over the USMNT in DC on June 5 was a different version of the United States. USMNT coach Gregg Berhalter used that game to experiment with his lineup and players before submitting his final 23-man Gold Cup roster later that night. Just under a month later, the Gold Cup version of the USMNT has shown they can take advantage in this tournament. Here’s what we’re looking for as the USMNT and Jamaica meet in the semifinals.

Control of the ball

Perhaps the biggest takeaway from the USMNT’s 1-0 quarterfinal win over Curacao was the possession number. Curacao had more of it in the second-half with a 53% edge over the game. They also out-passed the USMNT 493 to 458, were slightly more accurate with those passes at 87% to the USA’s 85%. All of those numbers show a supposed underdog playing their game and finding success. The USMNT had 63% of possession against Panama with 536 passes at an 87% accuracy in the 1-0 win. Jamaica had only 39% of the ball in their quarterfinal win over Panama and 42% against Curacao in their 1-1 group stage draw. They’ve only had the edge in possession in one game at the Gold Cup. That suggests a team that is fine sitting back and defending. Berhalter’s version of the USMNT isn’t designed that way.

In their last two games, the USMNT had a combined five shots on goal. That’s the same number Curacao had in the quarterfinal. The US made their shots count in the two 1-0 wins, but this isn’t the expectation after pressing the offense against Guyana and Trinidad and Tobago. Panama never looked like they were going to get a goal, but Curacao had its moments. This won’t end up the tournament of the overachieving teams simply because there’s none left. What the takeaway should be for the stronger teams is that they have to be the ones applying the pressure over 90 minutes. Even that might not be enough. Mexico’s 1-0 semifinal win over Haiti turned on a penalty, not the 70% of possession, 814 passes at 86% accuracy, and five shots on goal from 27 taken. The old adage about missing the shots never taken certainly holds, but so does keeping that shot selection on frame.

The USMNT has yet to give up a goal in this tournament with Berhalter swapping out the entire starting lineup for the final group stage game. That speaks to a group mentality that shutouts matter. They certainly do in the knockout rounds. With Jamaica expected to let the USMNT have the edge on possession while waiting for opportunities to counter, the defense should have another job to do. Lading from the back can create the kind of frustration that ends up in goals. The defense could prove to be the difference for the USMNT in this tournament.