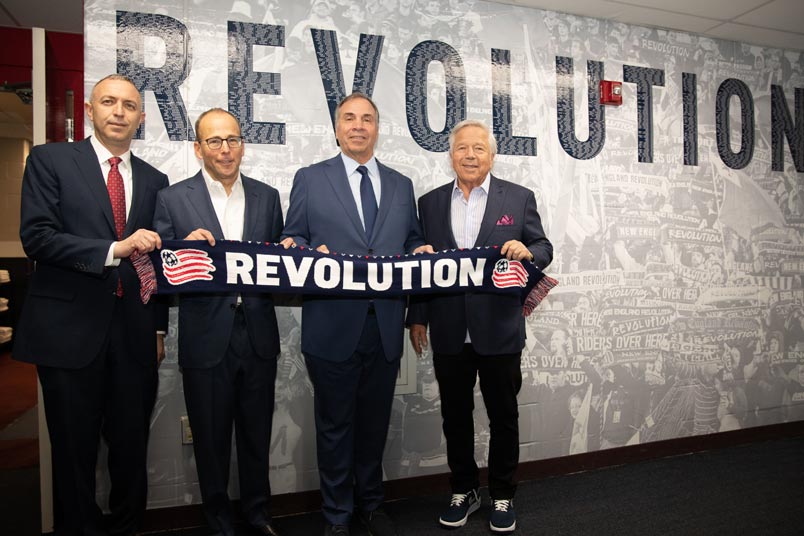 By Jason Davis – WASHINGTON, DC (Jul 10, 2019) US Soccer Players – The MLS summer transfer window opened Tuesday, with a small burst of fanfare. Only a handful of teams had deals ready to go when the day arrived. None of those deals will make a significant splash, though a few are of the Targeted Allocation Money variety. That means they involve signing players whose budget charge is above the non-DP max of $530,000 but below a total compensation of $1,530,000. There’s also a Young Designated Player arriving and a name who made waves at this year’s Gold Cup tournament will get a shot to replace the 2018 Goalkeeper of the Year in Columbus.

All of those deals involve players joining MLS from outside of the league. With the window open, teams are also able to execute trades among themselves. The Crew’s list of new names includes one acquired via that mechanism.

Columbus’s scramble for reinforcements makes sense considering the club’s position in the table. The Crew isn’t about missing the playoffs, much less residing so close to last-place. Only the expansion travails of FC Cincinnati serve as a buffer between Columbus and the bottom of the standings in the Eastern Conference.

Crew president Tim Bezbatchenko joined ahead of the 2019 season with some clear mandates. Turn Columbus into a commercial juggernaut after an ownership change ensured the club would stay in Ohio. Keep the on-field product among the best in MLS.

It’s a toss-up for which task is harder. Previous investor/operator Anthony Precourt’s attempt to move the Crew to Austin built upon an argument that the city of Columbus couldn’t support a successful team in the modern MLS. Maintaining the club’s place among the better teams in the East is more complicated by the swap in owners and a limited budget. There are other priorities in Columbus. That hasn’t stopped the effort to stay competitive in 2019.

The Crew traded for striker Romario Williams with Atlanta on July 1. The 24-year old Jamaican was drafted out of the University of Central Florida by the Impact and joined Atlanta ahead of the 2017 season. He scored a single goal for the Five Stripes and made more appearances on loan with Charleston and Atlanta United 2 than he did for the senior MLS squad.

Columbus sent $100,000 in allocation money to Atlanta for a player that will serve as depth behind Gyasi Zardes. Will all respect to Williams and his still-latent potential, that move is hardly a blockbuster. Bigger news for the Crew comes with the return of Zardes and midfield orchestrator Wil Trapp from Gold Cup duty with the USMNT.

The splashier signing, if mostly be designation if not name recognition, is Costa Rican winger Luis Diaz. Diaz joins Columbus as a Young Designated Player, meaning the club can take a minimal $150,000 budget charge for signing him from Heriadiano of Costa Rica.

Despite being just 20, Diaz has 68 appearances in the Costa Rican topflight. Whether the Crew sees him as an immediate contributor or an investment for future sale is unclear. Diaz will probably get a chance to prove himself thanks to the Federico Higuain’s season-ending injury, the necessary move of winger Pedro Santos to a central position, and the lack of production from the rest of the wide players on the Crew roster.

Toronto’s move for a TAM winger comes in below the Crew’s in the MLS budget category hierarchy, but Erickson Gallardo looks like a player expected to immediately step in and help guide the Reds to the playoffs in 2019. The 22-year old Gallardo arrives from Zamora FC in Venezuela, where he broke in as a senior player in 2014.

Gallardo can play on either wing but is decidedly right-footed. That should give Greg Vanney a few options with this roster through the balance of the season and alleviate some of the pressure on Alejandro Pozuelo to both create and score the goals for TFC.

Toronto also acquired defensive help for the second-half of the season. US international Omar Gonzalez signed a deal with Toronto last month ahead of the summer transfer window.

Gonzalez is the 2011 MLS Defender of the Year and is both an excellent emergency defender and good in the air. With Toronto’s problems at the back, largely a function of injuries to Drew Moor and Chris Mavinga plus the regression of Laurent Ciman, Gonzalez should be a massive boost. The former LA Galaxy man is a known MLS quantity and shouldn’t have any problems re-adjusting to the league.

New England made a big move on Wednesday, signing Gustavo Bou from Tijuana as a Designated Player. If reports of the fee are accurate, he’s the most expensive signing in club history at around $6-7m, a figure that wouldn’t impress other clubs in this league.

The rest, at least so far, is mostly rumor, some of it well-sourced. There’s a pretty good chance at least a few teams will make moves that involve seven figures in this transfer window.

What’s missing is a flashy, marquee-level DP that will generate headlines both in the US and around the world. Last season, the most important acquisitions of the summer window were Sounders forward Raul Ruidiaz, a quality player but one without an international profile, and Wayne Rooney, the only truly world-famous name added to the MLS rolls. Rooney helped turn around a moribund United season. Ruidiaz scored 13 goals in 15 games down the stretch for Seattle.

In 2019, several teams got their business done early. Brian Fernandez joined the Timbers in mid-May following the end of the Liga MX Clausura and already has six goals to his name. Mexican winger Carlos Fierro signed with San Jose from Morelia in June, though he hasn’t yet made an appearance for Matias Almeyda’s team.

Unlike previous years, rumors for big names are thin. Inter Miami is dominating the speculative rumor mill, but almost all of the famous names connected to the club seem to be out-of-reach in the immediate future. There’s a thrill that comes from reading that Lionel Messi or Antoine Griezmann might consider MLS one day. However, with Inter Miami’s first game still eight months away and those players still capable of playing at UEFA Champions League level, there’s no reason to bother with the rumors.

This is MLS now. It’s a league capable of attractive Rooney-level names but more likely to focus on players with resumes like Fernandez’s. Mining the young talent in South America is just smart business in MLS. The summer window provides a chance to add players who can not only make a team better but might deliver a return on the investment down the line.

For discerning observers of the league, there’s plenty to like with a number of teams signing players from Latin American locales who are under-25. The middle of MLS rosters is rapidly improving. TAM money and a rising reputation as a stepping-stone to Europe will serve the league well.

Does that mean lots of action in this window? Teams are often limited come summer because of international slots and tight budgets. This may not be the busiest summer window on record, but it’s sure to provide enough new talent to make the stretch run of the season very interesting.