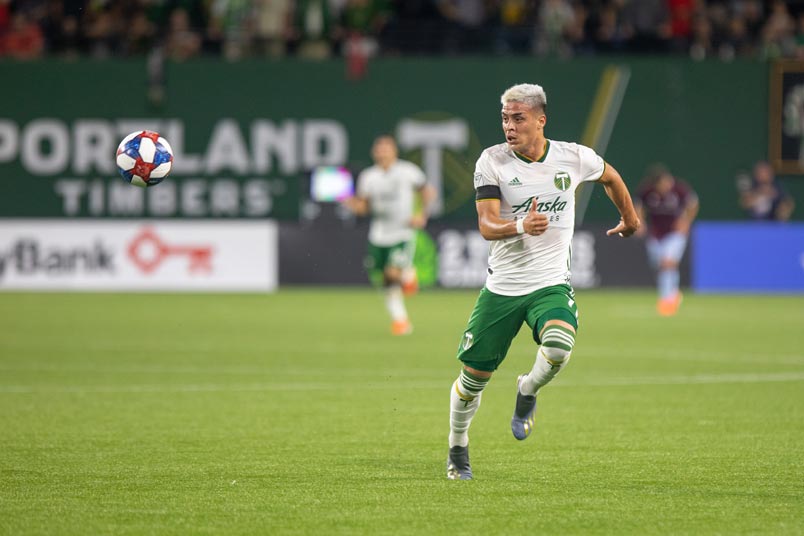 By Jason Davis – WASHINGTON, DC (Jul 24, 2019) US Soccer Players – Major League Soccer’s move to condense the 2019 schedule and finish the MLS Cup playoffs ahead of the November might have unintended, but completely foreseeable, consequences when it comes to summer signings. It only makes sense.

The shorter calendar means that the secondary transfer window will have less of an impact on the season than in years past. Pushing more midweek games into the front end of the campaign to make room for the playoff season takes regular season games away from a player joining in the summer. The window didn’t move, but the underlying calendar did.

With so few games left by the time the summer transfer window closes, clubs might not feel the pressure to make major signings. It’s harder to justify the spend in the middle of the season when a player might need some time to adapt.

That backdrop is making this summer window one of the most interesting ones in recent memory. It’s not necessarily because of the signings already made or the names floating about on the winds of rumor. Instead, it’s because of the strategy in play. It also means that teams that pushed summer moves up into the primary window that ended May 7 are benefiting.

We’re now two weeks into the summer window. The big signings are few and far between. New England acquired Argentine forward Gustavo Bou on July 10, spending a reported $6 million to bring him from Club Tijuana. A handful of lower-profile moves, like the signing of Andrew Wooten by the Union and a smattering of South American arrivals, are the sum total of the activity so far.

That doesn’t mean there won’t be additional signings, perhaps even a few marquee additions before the window closes. The arrival of Wayne Rooney in 2018 came after a short negotiation period, though he joined when the secondary window opened.

Getting Rooney in as soon as possible was crucial in DC’s ability to turn their season around and climb back into the playoff picture in the Eastern Conference. It was still a summer signing, but the club didn’t waste any time in getting the transfer done. So far in 2019, only the Revolution has shown that same sort of urgency.

Unless you count the Portland Timbers and their signing of Brian Fernandez. Portland negotiated a reportedly $10m move north for Fernandez from Necaxa back in May, before the end of the primary transfer window. That was no small feat, as the striker was scoring goals for a team entering the Liga MX playoffs at the time.

Because of the mismatched season schedule of most leagues with MLS, major moves for players of Fernandez’s caliber typically happen in the secondary window. Not many clubs are willing to sell a player during their push for trophies.

Getting Fernandez in “early” certainly paid dividends for the Timbers. After his two-goal performance in his first-ever appearance in a Cascadia Cup match against Seattle on Sunday, Fernandez now has eight goals in seven league games. He scored in each of his first five matches after arriving in MLS, setting a new record for scoring in consecutive matches to start an MLS career.

With Portland slogging through a 12-game road trip to start the season, adding Fernandez was a boost much-needed for his scoring ability and for the energy his signing represents. He’s the club’s most expensive signing ever, indicating increasing ambition for a team that reached the MLS Cup final just last season.

If the Timbers miss out on a title in 2019, it won’t be for lack of trying. Trying is the order of the day. The work that went into keeping the transfer of Fernandez alive even after the MLS season began and while Necaxa looked certain to make the playoffs wasn’t simple. The Timbers paid the extra money it took to convince Necaxa to sell before the May 7 deadline. The Timbers announced the signing on May 6 and Fernandez played his first game in a Portland uniform 10 days later. He scored in that game, a 1-1 draw with Houston.

To be fair to the rest of the League, the Timbers planned their chase for a high-priced Designated Player almost as soon as 2018 ended. It’s possible to look at the Fernandez signing as a success, but it could also look like a failure since they couldn’t get the deal done in time for the start of the season.

Barring injury, Fernandez could play 23 regular-season games for the Timbers in 2019. As a comparison, the most New England’s new signing Bou can play is 14. Bou might have a similar impact in Foxborough as Fernandez is having in Portland. However, with a smaller number of games, his ability to influence where the Revs finish in the table is more limited.

It’s easier to bring players in from abroad when summer hits and their seasons with clubs playing on a Fall-to-Spring calendar are over. Whether it be as free agents or via transfer, players become “available” in ways they typically aren’t a few months earlier. If a player is in-demand and in his prime, few clubs will sign off on a transfer with games left to play.

A quiet early part of the secondary transfer window may not mean much. Even now, clubs are out kicking the tires on possible moves to strengthen their teams down the stretch of the regular season. The new playoff format could prompt a different mentality in the race for the championship, with the penalty for finishing in the bottom three places of qualifiers a one-off playoff match on the road. The compressed season schedule could also depress late business as teams realize how little impact a player signed during this window will have on the rest of the regular campaign.

If big moves go down between now and August 8 when the window closes, they’ll be as much about 2020 and beyond as they are about this season. Only a team near-certain about their playoff chances could justify jumping through the roster rules hoops and spending the necessary money to acquire a difference-maker.

The summer approach is shifting. MLS teams are getting more aggressive in the primary window, as evidenced by not just Fernandez, but by signings like of Alejandro Pozuelo by Toronto FC. Get players in as early as possible, even if it means forcing the issue, massaging the process, or paying a premium. It could mean the difference between success and failure.