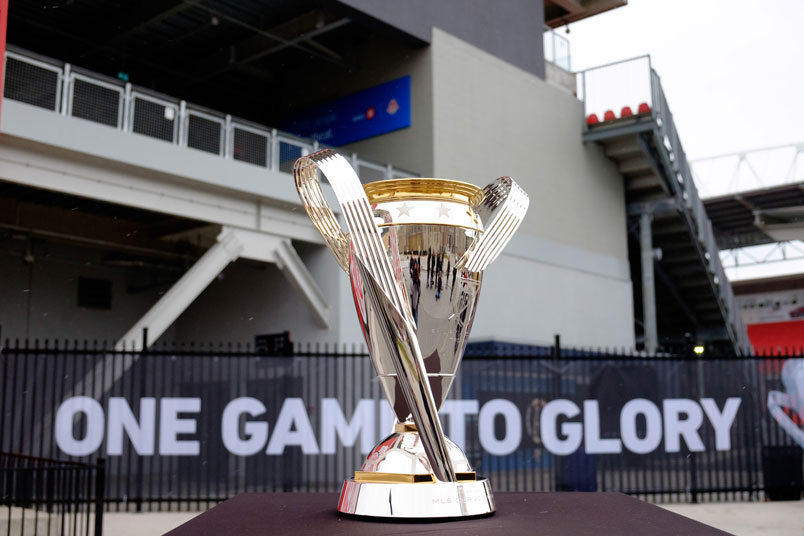 By J Hutcherson (Jul 16, 2019) US Soccer Players – Judging good and bad in MLS has long been an issue. The playoffs haven’t always helped. From 2002-04, only two teams missed out. It took multiple rounds of expansion to make the playoffs count. In 2010, half the league qualified. The league added two teams and two playoff spots the following season. MLS also couldn’t help but tinker. In a nod to the nonexistent single table, MLS made the bulk of the spots cross-conference wildcards. Nothing says playoff excitement like one conference taking the bulk of the places and playing through the other conference’s bracket. Even when common sense prevailed, using the playoffs to decide a season is a success can be difficult. This season won’t make it any easier.

MLS extended the playoff spots to seven in each conference for 2019, meaning 14 of the league’s 24 clubs make the postseason. Everybody but the conference champions play in the knockout round with each round now one game. It’s that knockout scenario that raises a tough question. How much does playing and losing one extra game count? Is it enough to salvage a season? Does making the playoffs mean avoiding the kind of fundamental changes expected from teams that missed out entirely?

This is a league that or the most part avoids the revamps we see season-to-season in Central and South America. Coaches keep their jobs. Players keep their positions. It’s not a completely new look even for teams with obvious issues. There’s a stability that can withstand a coaching change whenever it happens. It’s the idea that MLS parity allows for minor rebuilds to show success. That’s San Jose right now, a team with a new coach but much of the same personnel winning the kind of games they lost last season. If there’s an MLS ideal, that’s probably it. The adjustments to turn a bad team into one capable of holding onto a playoff spot.

Still, there’s a limit to how much value anyone should place on making the playoffs and exiting at the first opportunity. It’s that same old question about what counts for MLS success, and the league may not be giving us a better answer. Teams will undoubtedly use the playoffs to justify whatever happens over the rest of 2019. It’s almost unavoidable. Grab 7th-place and advance, and there’s an entirely different read on a team and their season. Is the same true for the 2nd-place team they’d have to beat to pull that off?

Given how we normally judge good and bad in this league, it probably isn’t. Finishing in 2nd-place is its own statement of purpose, regardless of what happens in the playoffs. Especially this version of the playoffs. Discounting 34 games because of what happened in one isn’t fair. While it’s certainly disappointing, it still speaks to a team going in the right direction. Not so much for the 7th-seed no matter how far they get.

In 2008, the New York Red Bulls qualified for the 5th and final playoff. This was in the era where six teams in a 14 team league missed the playoffs. This was also the wildcard era, meaning New York took the final Western Conference playoff spot. They knocked out the top seed Houston 3-1 on aggregate in the semifinals and beat 3rd-seed Real Salt Lake 1-0 in the single-leg Western Conference finals. Waiting for them in MLS Cup was Columbus, the Supporters’ Shield winners. Columbus beat them 3-1.

Then and now, figuring out if the Red Bulls were a good team in 2008 is difficult. Without the cross-conference wildcard, they would’ve missed the playoffs entirely. They finished last the following season with the worst record in MLS. In 2010, that single season when as many teams made the playoffs as missed, the Red Bulls were the best team in the East. They lost in the first-round to San Jose. Another example of a cross-conference wildcard taking out a top seed.

It’s easy to point to 2009 as a failure while asking serious questions about 2008. 2010, on the other hand, was a regular season success that couldn’t make it out of the conference semifinals. It happens, and it’s worth wondering if the Red Bulls get to that level and that game if they missed out entirely in 2008.

That’s the old is new again playoff problem for MLS teams. Defining success gets tricky when the playoffs are what this league is about. 2019 complicates that with single-game knockouts. There’s the likelihood that the format will give teams plenty of reasons to recast successful regular seasons as problems. The same is true in the other direction, with a playoff run overshadowing regular season issues. Seeing past both of those scenarios may be the biggest obstacle for long term success in this version of Major League Soccer.