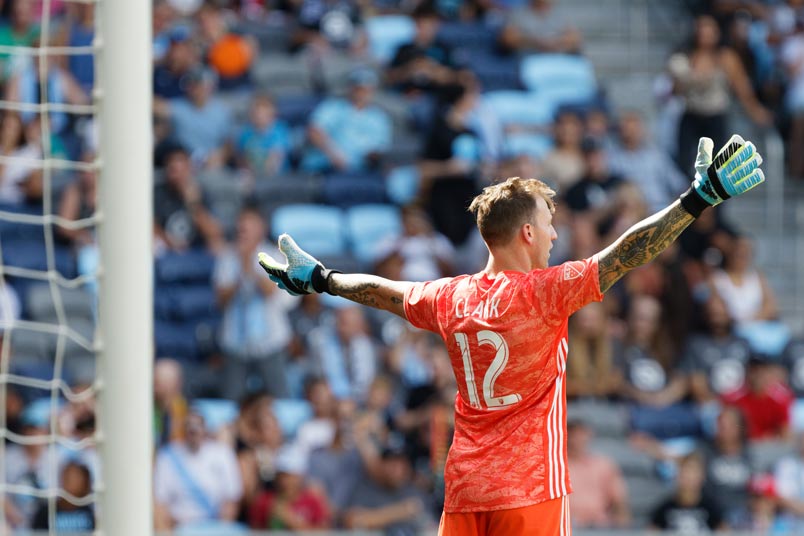 The soccer news starts with an oddity in MLS. Three teams tied on points with another a point behind and all on 23 games played. That's spots 2nd through 5th in the table, and it's Minnesota United leading that group.

Minnesota's 1-0 shutout of Portland, San Jose's 1-1 draw with Columbus, and Seattle's 3-2 loss to Sporting KC along with the Galaxy losing in Atlanta reset the teams theoretically chasing 1st-place LAFC. In reality, LAFC now has a 14-point lead at the top of the table.

The Galaxy's 3-0 loss at Atlanta drops them from 2nd to 5th, the kind of swing normally associated with an unbalanced schedule. Instead, it's how close this group of teams really are to each other in early August. Minnesota might be the unlikeliest of that group, but they're on a seven-game undefeated run. That started after losing three games in a row, showing that this team can shake off disappointment. They also have a relatively week set of games over the rest of the month before playing LAFC twice in September. There's certainly an opportunity for United to stay in the 2nd-place picture.

It's Seattle with the biggest issue coming out of the weekend. Of all of these results to reshuffle 2nd through 5th in the West, losing at home to Sporting KC stands out as the problem. Seattle never equalized in that game, down 3-1 from the 58th and pulling within a goal in the 82nd.

"Our conference is really super tight," Seattle coach Brian Schmetzer said. "It’s going to be a dog fight all the way to the end, it’s six point swings all the time, you cannot give away stuff at home. We know it’s hard to win on the road although we’ve won three. I was looking at the other teams in the league, OK, LAFC has won more, but we have to win a couple more of our road games, but we must absolutely get results at home."

Moving to the Eastern Conference, Ron Jans is the new coach of FC Cincinnati, with the club making the announcement on Sunday. Jans officially takes over on Tuesday. He was previously the technical director at Groningen in the Eredivisie. He last coached PEC Zwolle in 2016-17.

"This club has drawn a lot of attention in Europe and football fans are very interested in the progress of the club, which is why this opportunity is so exciting," Jans said in a press statement. "My challenge is realizing our immense potential and I am really looking forward of being part of that development and making the fans even prouder to support FC Cincinnati."

Also in the soccer news, Erik Palmer-Brown will spend the 2019-20 season on loan at Austria Wien from Manchester City. "The brand new stadium and the whole infrastructure really impressed and convinced me," he said. "What also really impressed me when I came to visit a week and a half ago was that the players immediately introduced themselves to me during the drinking break during training - that was great, says a lot about the character of the team and the club. I'm looking forward to getting to know my teammates better and I'm ready to go to work. I want to be part of the team as soon as possible."

Our captain @AleBedoya17 making a statement. Our hearts go out to everyone affected. pic.twitter.com/sJuKxjbIOA