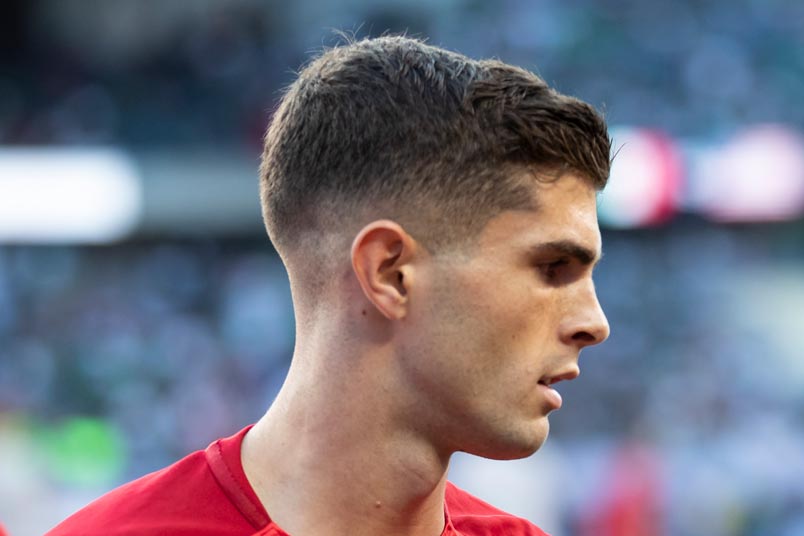 By Clemente Lisi – NEW YORK, NY (Aug 5, 2019) US Soccer Players – Despite preseason friendlies still on the schedule, the start of August brings with it games that actually matter across Europe. First up is the Premier League. For many Americans, England’s topflight has become a regular part of their mornings each weekend. Starting this weekend, many of you will get those morning routines back. Once again, there will be a cadre of Americans playing at the highest levels.

The Premier League opens Friday with Liverpool hosting Norwich City. This is an important season for USMNT players in England with Christian Pulisic’s move to Chelsea after three seasons at Borussia Dortmund. While the trend has been for Americans to gravitate towards the Bundesliga in recent years, there has been a slight shift back to England. Maybe it’s part of a potential “Pulisic effect” or the ability of trends to come and go.

More USMNT players are playing in the Bundesliga with 11 players. That number balloons to 23 if you include the second and third divisions. With so many Americans once again playing across Europe, here are five of them to keep an eye on this season.

Pulisic is an obvious one. The move to England allows the 20-year-old Pulisic to test himself against the best players out there in what many consider the best league in the world. First will be breaking into the starting lineup with a roster loaded with talent. Midfielders N’Golo Kante and Jorginho along with striker Michy Batshuayi are just a few of the attacking players Pulisic will team up with this season. Whether he plays as an attacking midfielder or on the wings is another question.

Pulisic has demonstrated he is a world-class player during his time at Dortmund and the National Team. His creativity with the ball and speed should translate well to the Premier League. Under first-year manager Frank Lampard, Chelsea will be looking for some stability. The former England international takes over as the third coach at the London club in as many years. Pulisic could turn out to be one of their best acquisitions in recent years. This is a team looking for a top-four finish. Anything less would be a bad season.

From the top flight to the second-rung Championship, Lichaj hopes to lead Hull to promotion this season. Lichaj has played in England since 2007, most notably at Championship side Nottingham Forest for five seasons. He will serve as team captain this season, an honor for the veteran defender.

Last season, Lichaj was a mainstay in the backline, making 38 league appearances. Hull, however, finished a disappointing 13th-place in the table. It might have been an indifferent campaign, but it was one that Lichaj can use as a lesson as the club looks to do better. Hull looked like a club that could finish top six at Christmastime last year. Lichaj and his teammates will need to avoid a dip in form. If they do, anything can happen.

In Germany, Adams is trying to make a name for himself. The former New York Red Bulls star joined RB Leipzig in January and is preparing to play his first full season in the Bundesliga. He played in 10 Bundesliga matches last season.

RB Leipzig is a team vying on multiple fronts once again after finishing third in 2018-19. Adams will get plenty of top-level experience since the club will also be playing in the Champions League. The 20-year-old defensive midfielder knows how to take advantage of an opportunity and meet that challenge by elevating his game. He did it in MLS, and he has the skills to do it on a much larger stage. Any personal success he achieves this season won’t only help the club, but the National Team as well.

The other big-name youngster making a name for himself in the Bundesliga is McKennie. After coming off a strong Gold Cup, the 20-year-old midfielder is entering his fourth season at the German club. Schalke needs McKennie to have a strong showing after finishing a dismal 14th and just five points from the relegation zone.

Schalke is a top-four club, and McKennie will be part of the group working to return them to that level. Last season, he made 24 league appearances and scored once. He can be useful as both a starter and as a super-sub off the bench. McKennie is still adapting to the rigors that come with playing in a high-profile league. He’s already displayed plenty of potential. This could very well be a breakout season for him.

Ajax is synonymous with the development of young talent. It should come as a surprise when the famed club sighed Mendez to a contract earlier this summer. His move from German club SC Freiburg to the Dutch champions drew a lot of attention.

Mendez played for the USMNT at the Under-20 World Cup and is an LA Galaxy youth product. A midfield maestro much in the same way as Pulisic, Mendez will go from playing on Freiburg’s U-19 squad to Ajax’s first team. It is an amazing opportunity for an American to join a club that has a great tradition of developing youth players. The experience Mendez will gain will make him a better player and give the US further depth at midfield.