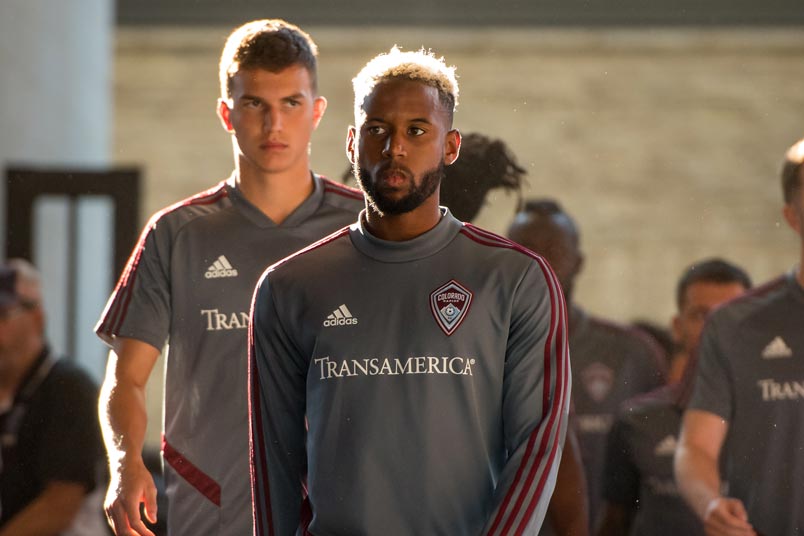 The soccer news starts with another quirk of MLS. The All-Star Game isn't an all-star break. Teams that played last weekend will play this weekend, with the midweek trip to Orlando for the league's best players as much an added obligation as anything else. Considering this is MLS, it's probably worth mentioning that they didn't schedule league games up against the All-Stars. There's not much anybody should assume with the MLS schedule.

Where this leaves the league is exactly where we left it. June was the month for resets with the Gold Cup break but without the luxury of an open transfer window. Now, the window is open as the games pile up. This is where there's little choice but to mention MLS parity and the ability of teams to come back from just about anything. San Jose and New England show that it's almost impossible to completely end all hope over the first-half of the season. FC Cincinnati's situation at the bottom of the Eastern Conference is unique for a variety of reasons. It's the bottom of the Western Conference that could end up interesting.

The Colorado Rapids are the team with the second worst record in Major League Soccer. Their 20 points from 22 games have them bottom of the Western Conference. The Rapids are currently 11 points and an unflattering goal difference out of the 7th and final playoff spot. They're also playing some interesting soccer.

As Luis Bueno pointed out in our latest MLS Power Rankings, Colorado didn't look over-matched last month in games against MLS contenders. What that means is an open question. MLS is the league of the 4-0 loss, potentially unraveling better teams as they try to figure out what really works in the league. Still, Colorado looks better under interim coach Conor Casey. There's enough time left to turn that into points. It might not be enough to push into the top seven, but it certainly could disrupt a few seasons for other clubs while the Rapids show that overlooking them is a mistake.

Again, with apologies to Cincinnati there's normally no such thing as playing for pride in MLS at least not in August. Vancouver one spot higher in the table is in a worse situation than the Rapids based solely on games played. Colorado has six games in August, starting at home against Montreal on Saturday. Their new tendency to give good teams a game could mean more points than anybody should expect this month. That's the job in front of them, showing that once again the MLS table and the league's unbalanced schedule isn't telling the whole story.

The Athletic's Paul Tenorio with the situation for the US youth players at Hannover 96. The NY Times' Rory Smith looks at Sevilla's success in the transfer market.