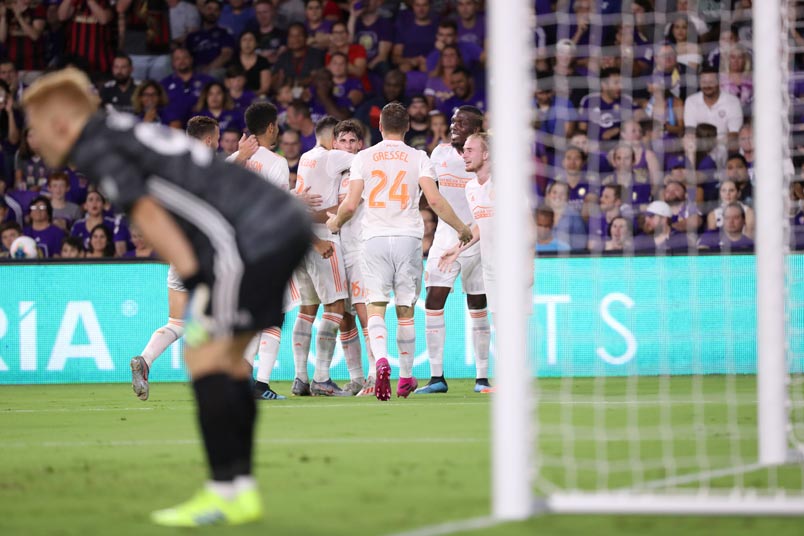 The soccer news starts with Atlanta waiting to see who they’ll play in the 2019 US Open Cup final after a 2-0 shutout at Orlando City. Eric Remedi opened the scoring in the 37th with Emerson Hyndman doubling the lead in the 78th minute. United goalkeeper Brad Guzman made two saves to keep the clean sheet.

“It’s never easy to get to a final,” Hyndman said. “It’s a knockout format and that’s never easy. In the league you can have a bad result and put it right, where as these one-off games they can be difficult if you make it difficult. I thought tonight, obviously playing away from home, we knew it was going to be a difficult game. Thankfully we scored the first goal in the first-half and could open up a little bit, good thing we got the clincher. It was a really good feeling all around.”

Staying in MLS, the announcement that this will be Wayne Rooney’s MLS swansong should resonate across the league. Rooney won’t leave until the end of the season, but it puts DC United in an interesting position right now. The Washington Post’s Steven Goff has the club’s attempt to add players as the transfer window comes to a close.

This looks like a jump start on rebuilding an attack that could be short Rooney and Luciano Acosta who is out of contract at the end of the season. Had Acosta’s proposed move to PSG worked out, DC would’ve already needed to regroup before the start of the 2019 season. Now, they’re doing it with the pressure of trying to keep up in 4th-place in the East but only four points separating them from 8th-place. It doesn’t help that 5th-place NYCFC has only played 21 games to DC’s 25 and that United is coming off of a 5-1 home loss to 1st-place Philadelphia.

What this shows is just how tenuous MLS rosters are. A big part of Atlanta United’s issues this season was trying to replace Miguel Almiron with Pity Martinez. Rumors of bids for LAFC’s David Vela would’ve put the best club in MLS in a similar situation. There’s not any depth when it comes to these types of players, something teams need no reminder of especially at this point in the season.

DC looking for answers as the transfer window closes only highlights the difficulty in MLS roster building. The moves for various versions of allocation money. The links to players that may or may not fit their style of play quickly enough. The Rooney situation itself with a star player and his family wanting to return home. This compounds the issues most clubs face even without the constraints of single-entity and MLS acquisition rules.

For MLS, depth will remain a long-term issue not just until they allow clubs to spend more across their rosters, but encourage it. That’s not the current situation in the Designated Player and Targeted and General Allocation Money era. These are stopgaps at best, unnecessary problems for clubs at worst.