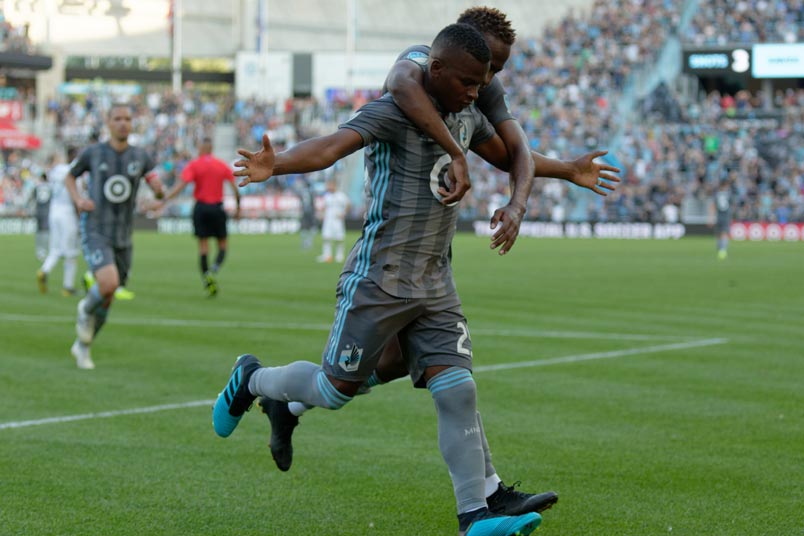 “I thought we were the better team, but the better team needs to get the job done and credit to them,” Portland coach Giovanni Savarese said. “They found a goal in a moment that they were trying to survive and that gave them spirit, confidence and then from that point on it became difficult for us to find the goal that we needed to tie the match. But you can’t only be the better team. You need to get the goals to make sure you win the game. Today, we have to give credit to them because they found a goal in a moment they were struggling. That put them on top and then they were able to hold on to that goal and now they’re going to the final. It’s unfortunate for us because we took this competition very seriously, so it feels bad, but we have to learn from it and continue to work.”

In the Canadian Championship, Toronto took the lead in their semifinal series with Ottawa 2-0 away. Drew Moor scored in the 30th minute with Tsubasa Endoh adding a goal in stoppage time. Alex Bono made two saves to keep the clean sheet. The series concludes at BMO Field on August 14. The Canadian Championship is the only way for a Canadian team to qualify for the Concacaf Champions League.

“I thought we left some goals probably on the table early in the game,” Toronto coach Greg Vanney said. “I thought our first three attacks we probably could’ve come away with at least one goal if not two.”

Montreal took a 2-1 lead over Calvary FC at Stade Saputo in the other semifinal. Ignacio Piatti put the Impact up in the 32nd and scored again in the 49th. Sergio Camargo pulled a goal back for Calvary FC in the 69th. Calvary FC went a man down in the 71st minute with a second yellow to Nikolas Ledgerwood for unsporting behavior. The series concludes in Calgary on August 14.

The Impact also announced the signing of attacking midfielder Bojan Krkic, formerly of Stoke City and a Barcelona youth product who won two Champions League titles with the club. “Bojan is a very talented player who, at 28 years old, chose the Impact to pursue his career, after having played for some of the biggest clubs in the world,” Montreal Impact coach Remi Garde said in a press statement. “His offensive ability to get others involved in the game and to score goals will be of precious help for the final stretch of the season. I welcome him to our club.”

The Guardian’s Graham Ruthven sees a bigger message for MLS in Wayne Rooney’s eventual move back to England. FourFourTwo’s Alex Hess on the big name players unhappy with their club situation in Europe. The Athletic’s Jack Pitt-Brooke explains what Spurs does to keep players in their squad. World Soccer’s Paddy Agnew looks at the transfer window in Serie A.

“The manager made it clear what he wanted to do and it was something I wanted to be apart of.”#SCFC 🔴⚪