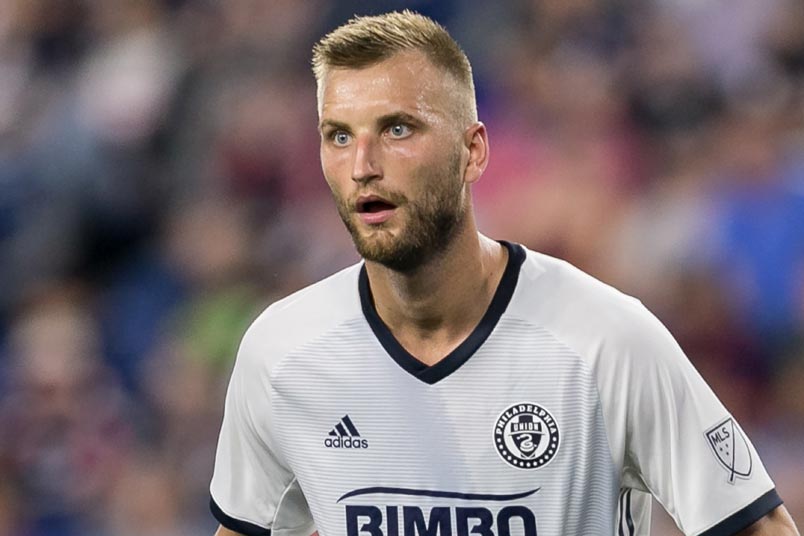 The soccer news starts at the top of the Eastern Conference with Atlanta and Philadelphia tied on points at 48. 1st-place Atlanta has the edge on total wins 15 to 14 with a game in hand 27 to 28 played. That has them in the driver's seat in the East with the chance to put points between them and the Union at Talen Energy Stadium on Saturday.

Atlanta's return to form has them on a seven-game winning streak across all competitions since losing at LAFC on July 26. That streak includes winning the Campeones Cup and the US Open Cup, with Atlanta the hottest team in the league. Philadelphia lost to Chicago on August 17 and their last three losses have been to Eastern Conference opponents. After Atlanta at home on Saturday, they don't play again until September 14 when they host Western Conference and Supporters' Shield winners LAFC.

For the Union, the time is now to show that they can stay competitive for the Eastern Conference title. Back-to-back home losses to Atlanta and LAFC would send a clear message that this is a team not up to contending this season. That might not be fair to Philadelphia, but beating Atlanta and LAFC is the obvious route to an MLS Cup. They get a preview of what that will take. Namely, stopping the two best offenses in MLS.

Philadelphia will be keeping Kacper Przybylko in the squad for another season, and for the obvious reason. He's their leading scorer in 2019 with a dozen goals, the only member of the Union in double digits with twice as many as Marco Fabian in 2nd-place. Przybylko is 6th in the league for goals scored. Atlanta has Josef Martinez tied with the Galaxy's Zlatan Ibrahimovic for 2nd at 22 and trailing LAFC's Carlos Vela leading MLS with 27. LAFC has two players in the top four with Diego Rossi scoring 14.

"From the moment we signed Kacper, he has worked incredibly hard to become a key contributor to our team," Philadelphia sporting director Ernst Tanner said. "Exercising his option was an easy decision for us as we continue to plan for 2020 and beyond while also aiming to finish 2019 strong."

There's an easy way to look at the Union's chances as going hand-in-hand with Przybylko's form, but what's kept them at or near the top of the Eastern Conference is a team effort. Philadelphia has the second-most goals and assists in the league to LAFC. They may be spreading them around more, but they're producing this season in a way that suggests a team that's figured themselves out. What that means in 2019 in a league of a handful of elite clubs with superstar players is still in play. Philadelphia needs to show is that they can give Atlanta and LAFC a game right now. That's the clearest statement of intent they can send as they move toward the playoffs.

Also in the soccer news, Romain Gall assisted on Guillermo Molins's 7th minute goal at Bnei Yehuda to win 1-0 on the night and 4-0 on aggregate in the Europa League playoffs. Malmo will play in Group B with Dynamo Kyiv, Copenhagen, and Lugano.