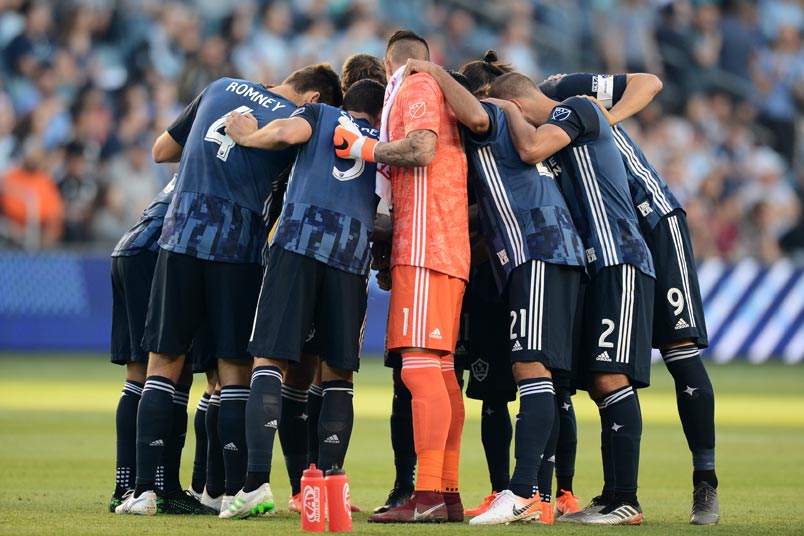 By Jason Davis – WASHINGTON, DC (Aug 9, 2019) US Soccer Players – From its origin as a ten-team startup competition organized with a unique single-entity business structure, MLS has grown to 24 teams in 22 markets with 18 purpose-built stadiums. Through that run, the league tries to balance the need to grow against managing risk.

By design, MLS is about navigating the choppy economic waters of professional soccer in America. That design is in constant conflict with the deck bosses and sailors doing much of the work to make the league successful. When the captain makes maneuvers to slow the ship down and play it safe, there are plenty of voices aboard calling for a more aggressive line.

In 2019, MLS is largely out of the storm. The challenge now isn’t survival. Charting a conservative course isn’t about keeping the league afloat, it’s about old habits dying hard and the calcification of ideas born during more difficult times.

The voices on deck pushing the league to do more include the clubs themselves. Ambitious investor/operators and club executives yanked MLS forward when necessary, starting with the Designated Player rule in 2007. It wasn’t just David Beckham’s signing that changed the league. It was what his signing represented for how MLS would treat its own roster budget rules moving forward.

Beckham, of course, joined the LA Galaxy. The people most responsible for that move led the league’s most ambitious franchise and turned that ambition into action. Twelve years later, the Galaxy is still pushing the envelope.

That Galaxy’s rep as rule-breakers is both well-earned and the stuff of mythology. For righteous-minded fans of other clubs from across MLS, the Galaxy is given carte blanche to ignore roster and budget rules because of their status as the league’s glamor club from the earliest days of MLS. Of course, the Galaxy gets away with it because MLS is loathed to smack down the league’s most famous club that plays in one of America’s most famous cities.

Beckham’s arrival in America launched the Galaxy into the role of, if not exactly rule-breaker, then rule-bender. Becoming the first team to use the Designated Player mechanism established a culture in LA that continues even to this day. A cursory look at the moves the club has made over the years that appeared out-of-bounds reveals not that the league gave LA special treatment, but that LA understood which levers to pull to force MLS to lurch forward.

The acquisition of Argentine attacker Cristian Pavon is the latest move to fit under the heading of bold Galaxy moves. The MLS club acquired the 23-year-old from Boca Juniors on loan just ahead of the transfer deadline for the balance of 2019. There’s an option to extend the loan at a price in 2020 and a purchase option on top of that.

Considering that Pavon was once rated at $20 million or more by Boca Juniors, the Galaxy’s move is a coup. With no loan fee in 2019 and a salary that will keep him under the TAM threshold, it seems amazing that Pavon is moving north to join MLS at all.

In reality, there’s not much intrigue to the deal. LA leaned on the relationship head coach Guillermo Barros Schelotto has with Pavon to grab a player unwanted at the moment by the famous Argentine club. Without Pavon’s foundering form and the connection between Barros Schelotto and the forward, there’s likely no deal.

If LA managed to get Pavon for “free” in 2019, and that’s technically how the deal is described by MLS, that’s a credit to the club. The logic suggests Boca got some guarantees from the Galaxy about payment in 2020, even if the language specifies an “option” or not. It seems circumstance, more than rule-bending, made the deal happen.

Cries of foul aside for a moment, the bigger picture impact of the Galaxy using leverage and cunning to perhaps move the guardrails on player acquisition should thrill MLS fans across the country. Like with the push to get the DP rule ratified, the audacious move to sign Beckham, and subsequent examples when the club was thought to be avoiding salary budget rules, the Galaxy force a reaction from those making the rules in New York.

Major League Soccer through its spokespeople consistently sound a refrain of wanting to be one of the best leagues in the world in the near term. The phrase “League of choice” is uttered with regularity. The league sees itself as a global player, a part of the handful of competitions around the world that will dictate the future of the club.

Too often, MLS action fails to meet that stated ambition. Restrictions on spending and players signings are just a matter of holding back the quality of play within the league. It’s also a barrier to MLS competing internationally. As long as MLS is afraid to let its richest, smartest clubs use all the tools available to bring in the most talented players possible, the league of the United States and Canada will play second fiddle to Liga MX in tournaments like the Concacaf Champions League.

Oversight from New York done in the name of parity has long outserved its usefulness for MLS. Deregulating the league’s player acquisition mechanisms completely probably isn’t the answer. Contrived budget categories and narrowly focused pools of money mean a league that wants to participate in the world market can’t do so.

If the Galaxy did break the rules, that’s good. Other clubs should take notice and try to follow suit. Maybe then the league will recognize the need for an even more progressive approach to the roster and budget rules.

With the league’s collective bargaining agreement set to expire this winter and the MLS Players Association making noise about wanting real change in the way MLS pays its players, all bets are off about the mechanisms currently in place holding for 2020 and beyond. There’s a chance the future salary budgets of MLS teams won’t involve DPs, TAM, and GAM. In that scenario, MLS may have to take off the shackles to meet the requirements of a new agreement and simplify salaries.

If MLS does hold onto its Byzantine set of rules, the Galaxy will look for ways around them. It’s baked into their DNA, and it hardly matters who’s in charge in Carson. The Galaxy gets its way. A problem for some who see it as unfair, but a boon for all if only they’d recognize that it takes more than making noise to create change on the good ship MLS.