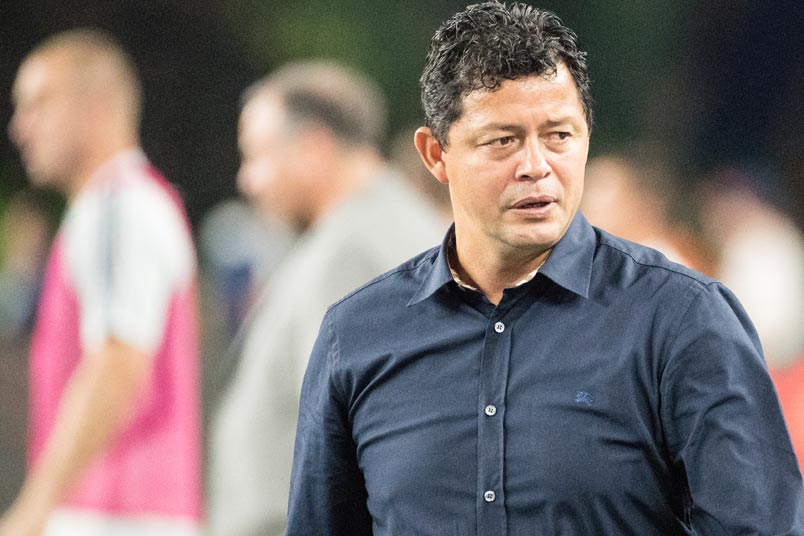 By Jason Davis – WASHINGTON, DC (Aug 14, 2019) US Soccer Players – The MLS coaching merry-go-round doesn’t stop. Not even long enough to write a story about the state of the MLS coaching merry-go-round. Between the conception of this piece and its execution, the Houston Dynamo announced that they had “parted ways” with head coach Wilmer Cabrera. Cabrera is the fifth MLS head coach to lose his job in 2019 and the second in three days. Real Salt Lake terminated the contract of head coach Mike Petke on Sunday night, a move that had nothing to do with on-field performance.

Those five coaching changes this year is one shy of the total number of changes in 2018. It’s important to say “changes” and not “firings” because two of 2018’s mid-season moves involved coaches leaving of their own accord for opportunities elsewhere. NYCFC boss Patrick Vieira departed for Nice of Ligue 1 in June. New York Red Bulls head coach Jesse Marsch left to become an assistant with the Bundesliga’s RB Leipzig in early July.

Jason Kreis, Sigi Schmid, Mikael Stahre, and Carl Robinson did not leave on their terms. Orlando City fired Kreis in June, while Schmid, Stahre, and Robinson all got the ax in September.

Based on that history, there might be more changes coming in 2019. Excluding Vieira and Marschfrom the 2018 total and Petke from this season’s, 2019 has already been just as perilous for coaches as last year. Though the tight playoff race in both conferences might save a few jobs, a late-season swoon by one or more of those teams could push ownership groups to make the same sort of September moves we saw last season.

The end for Cabrera wasn’t all that surprising. The Dynamo lost seven of their last eight games, dropping out of the playoff positions and into 9th-place over that span. The gap between Houston and 7th-place FC Dallas is just six points, nothing about its recent performances indicated the Dynamo had a turnaround coming.

Assistant coach Davy Arnaud takes over on an interim basis. At this point in the year, the thinking must be that a change at the top will reinvigorate the squad and push players to fight for their positions under new leadership. Houston doesn’t need to look farther than Denver to find a team that benefited from a change to a long-time MLS veteran will no head coaching experience.

Stretching the similarities any further would be pointless. Like Rapids interim head coach Conor Casey, Arnaud will get an audition for the permanent position. Unlike Casey, Arnaud still has a chance to get his team into the postseason. Despite the lowest payroll in the league, Houston has shown it has the talent to compete in MLS. Just competing is usually enough to make the playoffs.

Cabrera exists with one trophy to his name, last year’s US Open Cup. For a club that spends as little as the Dynamo, that piece of silverware should matter more for a coach’s job security. Criticism of Cabera is fair based on the club’s record over the last two seasons, but it would be wrong to leave out the context of the organization’s thriftiness.

Without a significant increase in investment in the player roster, the next head coach of the Dynamo won’t be in a better position to succeed. Dumping Cabrera now could either be a legitimate move to salvage the season or a signal to the fan base that the organization remains nominally ambitious. With the transfer window closed, the only moves the Dynamo can make are for free transfers. That makes the timing of the coaching change convenient. The team can make a low cost move the looks like a desire to get better without having to spend on the roster until after the season.

Cabrera follows Petke, who lost his job because of a tirade directed at the referee following RS L’s loss to Tigres in the Leagues Cup on July 24. There’s some irony in the fact that Petke eventually lost his job for acting poorly following a game he’d rather not have had to coach, but there’s no humor in what he did. So far, Petke is the only member of the 2019 class of fired coaches to leave for something other than performance.

Three teams fired coaches in September of 2018. If this year is going to deliver the same autumn massacre, a few teams will have to make surprising choices.

The leading candidate is the man on the hottest seat in the league, Veljko Paunovic. Chicago’s head coach took the club to the playoffs in 2017, its first postseason appearance in five years. They finished 10th in each of his other two seasons on the job. So far in 2019, the Fire is an also-ran, sitting in that familiar 10th-place.

Chicago is just three points back of 7th and is currently on a three-game unbeaten run. Still, the prospects of leapfrogging three teams and sneaking into the Eastern Conference playoff spot seem dim. Paunovic’s continued employment is a mystery to some fans of the Fire, who see no reason to believe he can pull the team beyond mediocrity after three-plus seasons.

Saving Paunovic, at least for 2019, are the changes coming for the Fire. The club announced an agreement to leave Bridgeview, with an expected return to Soldier Field still pending. The possibility exists that the team will rebrand as part of the move. If there is a full refresh of the Chicago MLS franchise coming, it makes sense to delay a coaching change until the offseason.

It gets more difficult to place coaches on the hot seat after Paunovic. The clubs at the bottom end of the standings in each conference have either already made changes in 2019 or seem likely to stick it out with the coaches in place when the season began.

Both Marc Dos Santos and Caleb Porter in Columbus are first-year coaches with their respective clubs. Dos Santos will get the benefit of the doubt as a young, Canadian coach working through the learning curve of his first year in MLS. Porter has an MLS Cup on his resume and is coaching a team going through a transition.

James O’Connor in Orlando isn’t out-performing his predecessor, Jason Kreis, but he does have the support of much of the Lions’ fan base. Another coaching change in Orlando further labels the club a revolving door outfit that might struggle to attract good coaches in the future.

The tail-end of the season is always good for a shock move or two. If that holds in 2019, the accelerated schedule could play a part. It’s not out of the question that a couple of coaches in this league might not make it to October 6.