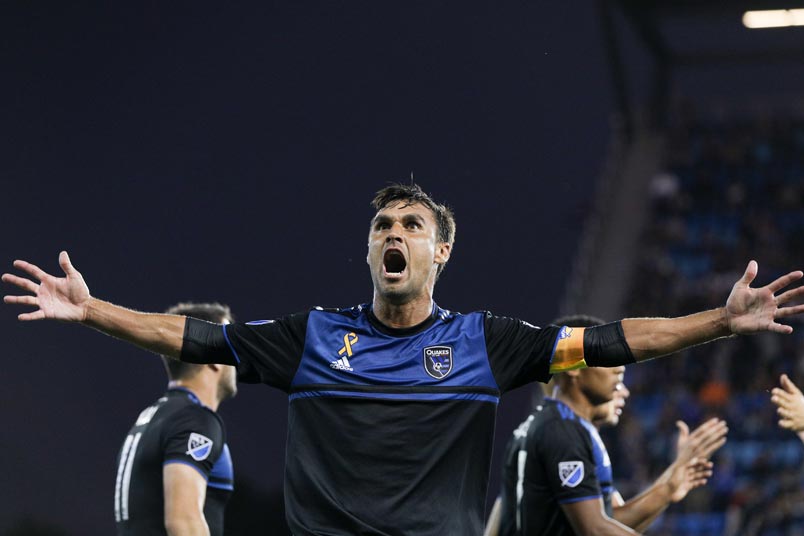 By Jason Davis – WASHINGTON, DC (Sep 6, 2019) US Soccer Players – Before we get started with a discussion of the 2019 Major League Soccer teams most worthy of the blue-collar label, a disclaimer. It’s just a coincidence that both of these clubs wear blue as their primary color.

Now to frame a discussion about what “blue-collar” means when applied to a professional soccer team. It’s a term that can sound like a tired sports trope. Simply put, it’s the idea that a team lacks a superstar player. Good teams who succeed in spite of being short on famous names get the “blue-collar” label.

As accurate as that assessment of the phrase might be, it’s also reductive. Blue-collar teams are also notable for the effort they get from across their roster. Depth is often a significant factor in their success. Sometimes, it stems from a coach who espouses a zealous commitment to team ideals.

By our reckoning, two MLS teams in 2019 check off most of the blue-collar boxes. One probably won’t be a surprise while the other might be.

The San Jose Earthquakes finished 2018 dead last across both conferences. The Wooden Spoon recipients responded to that disastrous season by investing in the head coaching position. Either because of frugality or believing in the roster already under contract, the Quakes big move in the offseason was recruiting Matias Almeyda to coach the team.

It was easy to criticize that as a half-measure, especially in a league that is taking leaps forward on player acquisition. If San Jose didn’t want to spend money to get markedly better, then they probably wouldn’t get markedly better. A move towards mediocrity is still available to any last-place club from season-to-season. Becoming a contender requires a more aggressive approach.

Almeyda is turning that idea on its head. After a rough first month as his team adjusted to his system, the Quakes steadily climbed the table in the Western Conference. Currently in 4th-place, San Jose is in a battle with several teams for the second seed in the conference heading into the playoffs.

San Jose does have at least one verified star in Chris Wondolowski. With every goal he scores this season, Wondolowski extends his career MLS goalscoring record. His star has never burned too bright, however. Not because of his play, consistent to the point of defying belief, but because Wondolowski himself is unassuming. He doesn’t get the attention or accolades he deserves.

The character of their most accomplished player trickles down through the rest of the Quakes roster. There are talented players in a squad that includes Magnus Eriksson, Vako Qazaishvili, Danny Hoesen, Jackson Yueill, and Cristian Espinoza. None of them stands out above the others for his contributions to the Quakes’ season to this point.

It’s Almeyda himself that most embodies blue-collar. The coach’s system of man-marking demands a physical commitment from the players that is unusual in the modern game. Almeyda is adept at motivating his charges to make that commitment. The upshot is that the Quakes overwhelm their opponents and win through volume shooting. This year, the club has set multiple records for shots in a game while operating in Almeyda’s system.

The words “scrappy” and “tough” get thrown about blue-collar teams. The Quakes are worthy of both of those descriptors. That doesn’t mean they play ugly. It means they’re hard to beat.

NYCFC merits those descriptors as well. For San Jose, a blue-collar identity seems natural. For NYCFC, “blue-collar” just seems wrong. How can a club based in the biggest market in the country, a team that plays in the same stadium as the New York Yankees, be blue-collar?

The era of big European stars playing soccer in the Bronx is either over or on hold. With the departure of David Villa following the 2018 season, NYCFC no longer has on its roster any of an original group of Villa, Frank Lampard, and Andrea Pirlo. Lampard and Pirlo were busts in New York, but Villa lived up to his salary and star status and helped make the New Yorkers one of the glamor clubs in MLS.

With the same ownership as Manchester City, one of the richest clubs in the world both monetarily and in terms of talent, it would only make sense for NYCFC to brute force their way to MLS supremacy. Instead, a former assistant coach under Pep Guardiola, Dome Torrent, has taken a decidedly less famous bunch of players near the top of the Eastern Conference. Torrent brought a pedigree with him from Europe when he arrived to replace Patrick Vieira, but he was hardly a notable name in his own right.

NYCFC sits in 2nd-place in the East, a single point back of conference leader Philadelphia. NYCFC has played two fewer games than the Union and has the inside track on claiming 1st-place.

A key part of why NYCFC evaded the spotlight until this late in the regular season was the schedule. Because NYCFC is behind the rest of the conference by games played, their point total was lower. It takes a peek at the points-per-game column to realize that Torrent’s team is the class of the division and could very likely end up as the top seed.

Up to and after Villa’s departure, NYCFC spent, but not on well-known players. NYCFC purchased Jesus Medina, a young Paraguayan midfielder. It brought in Alexandru Mitrita, a Romanian with little success outside of his native country. Those players joined Maxi Moralez, one of Major League Soccer’s best creative players, but not one whose star power extends outside of a narrow area. There’s no brash leader or high payroll.

The New York of the imagination might be all bright lights and big stages. NYCFC plays in the Bronx. The blue-collar identity fits.

There a couple of other candidates for the blue-collar label. New England might fit, though both Carles Gil and Gustavo Bou undermine that thought. Philadelphia can certainly claim blue collar-ness, minus a single high-profile Mexican star.

Being blue-collar might not be a badge of honor. It does usually indicate a spendthrift approach. For those clubs that adopt it, even if they use a different name, the identity can be a rallying cry. Who needs superstars, anyway?