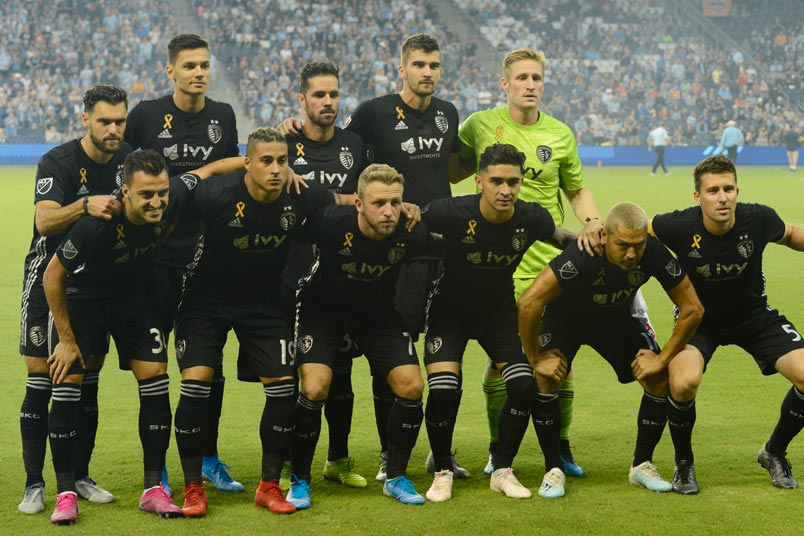 By Clemente Lisi – NEW YORK, NY (Sep 16, 2019) US Soccer Players – It’s easy to criticize the MLS playoffs. Specifically, the number of teams that make the postseason. Fourteen teams will make the playoffs, two more than last season, in a rebranded format. For critics of the league, this turns the regular season into a long qualifying tournament. Maybe it is, but that only adds to the pressure across the league with plenty of teams jockeying for a shot at keeping their seasons alive.

After week 28, Atlanta United joined LAFC, NYCFC, and the Philadelphia Union in officially qualifying for the playoffs. At the other end of the table, FC Cincinnati and the Vancouver Whitecaps are the only teams officially eliminated. Say what you will about the new format, to see so many teams still mathematically in the hunt lends some credibility to the regular season.

Another key component at this juncture of the season is momentum. History shows that finishing first or second in the conference, even capturing the Supporters’ Shield, can mean very little once the playoffs get started. It’s really all about momentum. Sneak into the playoffs. Get hot at the right time. Pull off an upset. All of a sudden, your team could very well be on its way to winning MLS Cup come November 10.

It isn’t quite that easy, but it is doable. That means that teams this late into the season can still turn things around. Only one team in each conference gets a first-round bye. The higher-seeded teams will host games, rewarding teams for their regular season success. There will also be no reseeding. For example, if the #7 seed upsets the #2 seed, they advance to play the winner of #3 vs #6.

Here’s a look at three struggling teams battling to clinch a playoff spot and what they can do down the stretch to make the postseason.

Yes, the Galaxy have been here before. And yes, they’ve failed to make the playoffs before. It was just a year ago that the Galaxy choked on Decision Day, squandering a two-goal lead in the second half against the Houston Dynamo to lose 3-2. The defeat cost them a playoff berth.

Here we are a year later, and the Galaxy again finds themselves flirting with the possibility of missing out on the postseason. The recent addition of winger Cristian Pavon has given the team some added offensive firepower alongside Zlatan Ibrahimovic, but more needs doing. Coach Guillermo Barros Schelotto has blamed international call-ups for his side’s poor showing this summer, but what team hasn’t had to deal with them?

Instead, the Galaxy, currently 5th in the Western Conference, needs to win games, especially against their Western Conference rivals. A 2-1 defeat last Wednesday to the Colorado Rapids didn’t help matters, but Sunday’s 7-2 rout of Sporting Kansas City sure did. The conference isn’t the only place the Galaxy will find competition. The team plays at home Saturday against the Montreal Impact, another team desperate for wins in search of that final playoff spot.

Like the Galaxy, Sporting KC is a team that’s had a winning past. We all know that doesn’t guarantee future success. The team got off to a slow start this season. Despite that, does anyone think Peter Vermes’s team is out of the running? Designated Player Felipe Gutierrez, who has 12 goals this season, has done all he can. The problems lie elsewhere.

One main area of concern has been the defense, conceding 47 goals entering this weekend. That, in of itself, isn’t a major concern. Seattle has given up the same amount, and they’re in 2nd-place in the Western Conference. Now, after giving up seven goals to the Galaxy, the team will need to figure out what’s not working in the back if it has any shot at qualifying for the playoffs a ninth-straight time.

The Canadian club is clinging to 8th-place in the Eastern Conference. Like all teams so close to the red line, Montreal will need to amass as many points as possible down the stretch. This past Saturday’s 1-0 defeat to FC Cincinnati dealt Montreal a blow, but this is a team that’s still hanging on.

Montreal last made the playoffs in 2016. Not being able to beat the team with the worst record in MLS certainly doesn’t help psychologically. It means that new coach Wilmer Cabrera will have to motivate his side ahead of this Saturday’s match versus the Galaxy. The team has the added pressure of having to play Toronto FC on Wednesday night at home in the Canadian Championship.

This is a team plagued by injuries for much of the summer, now 1-4-1 in their last six games. A healthy Ignacio Piatti is certain to help this team. Cabrera has said he has 24 healthy players at his disposal, but that busy schedule won’t help matters. The Impact will play six games in three weeks, four in MLS and home-and-away for the Canadian Championship.