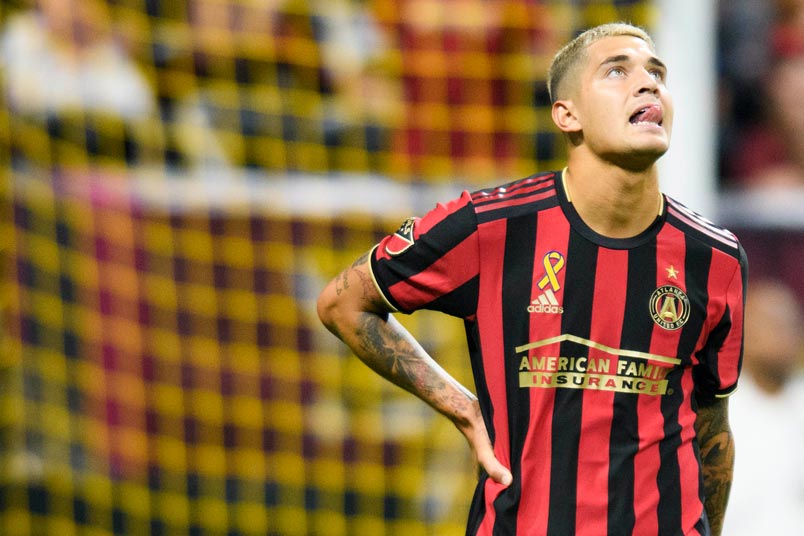 Week 28 of the 2019 MLS season resumed with NYCFC coming back to beat San Jose 2-1 to extend their lead at the top of the Eastern Conference to six points over Philadelphia. Chris Wondolowski put the Earthquakes up on the road in the 20th minute with Keaton Parks equalizing in the 40th. Alxandru Mitrita scored NYCFC’s winner in the 43rd minute.

“NYCFC is at the top of the Eastern Conference for a reason,” Wondolowski said. “They are a solid team and play a nice style, they played well. We had a five-minute lapse and got punished in the first-half. We need to start learning from our mistakes and stop making them.”

Chicago shutout FC Dallas 4-0 at home. CJ Sapong opened the scoring in the 7th minute with Przemyslaw Frankowski doubling the lead in the 16th. Sapong scored again in the 29th with Nemanja Nikolic finishing off the Fire goals in the 39th. Kenneth Kronholm made four saves to keep the clean sheet.

“We’ve been working for this game and for the remaining games,” Chicago defender Jonathan Bornstein said. “I think we have had a really positive attitude these last two weeks. We know every game is a must win for us and that’s the mentality that we are taking. Every game is a playoff game. We’re already in a must win and if we lose were out.”

Columbus came back to beat Atlanta United 3-1 at Mercedes-Benz Stadium. Josef Martinez put Atlanta p in the 19th with Gyasi Zardes equalizing in the 53rd. Luis Diaz scored for the Crew in the 60th with an Atlanta own-goal in the 85th minute.

FC Cincinnati beat Montreal 1-0 at Stade Saputo. Allan Cruz scored in the 1st minute. Cincinnati played a man down from the 88th minute with a red card to Kendall Waston for unsporting behavior. Przemyslaw Tyton made one save in the shutout.

Philadelphia and LAFC drew 1-1 at Talen Energy Stadium. Kacper Przybylko scored for the Union in the 3rd minute with Carlos Vela equalizing in the 43rd. LAFC finished with 4 shots on goal to Philadelphia’s 3.

Vancouver beat Houston 2-1 at BC Place. A Hwang In-Beom penalty gave the Whitecaps the lead in the 54th with Mauro Manotas equalizing in the 78th. Fredy Montero scored for Vancouver in the 90th minute.

On Sunday, DC United shutout Portland 1-0 at Providence Park. An own-goal in the 25th minute was the difference with Bill Hamid making four saves to keep the clean sheet.

“Tonight was a terrific result for us, especially piggybacking off the win in Montreal,” DC coach Ben Olsen said. “Before that we were in a little bit of a tough way, spiraling the wrong way on a couple losses. It’s nice to be coming out of this, I feel, at the right time. We’re a tough team to beat right now.”

Toronto FC beat Colorado 3-2 at home. Tsubasa Endow scored for Toronto in the 8th minute with Alejandro Pozuelo doubling the lead from the penalty spot in the 13th. Keegan Rosenberry pulled a goal back for Colorado in the 31st and assisted on Sam Nicholson’s 62nd minute equalizer. Jonathan Osorio scored Toronto’s winner in the 70th minute.

Minnesota United came back to beat Real Salt Lake 3-1 at game. Albert Rusnak put RSL up in the 17th with Darwin Quintero equalizing in the 20th. Quintero scored again in the 51st with Ethan Finlay finishing off the United goals in the 83rd minute.

Seattle beat the New York Red Bulls 3-2 at home. Jordan Morris put Seattle up in the 2nd and assisted on Nicolas Lodeiro’s goal in the 23rd minute. Aaron Long pulled a goal back for New York in the 27th with Kaku equalizing in the 67th. Seattle retook the lead in the 83rd through an own-goal.