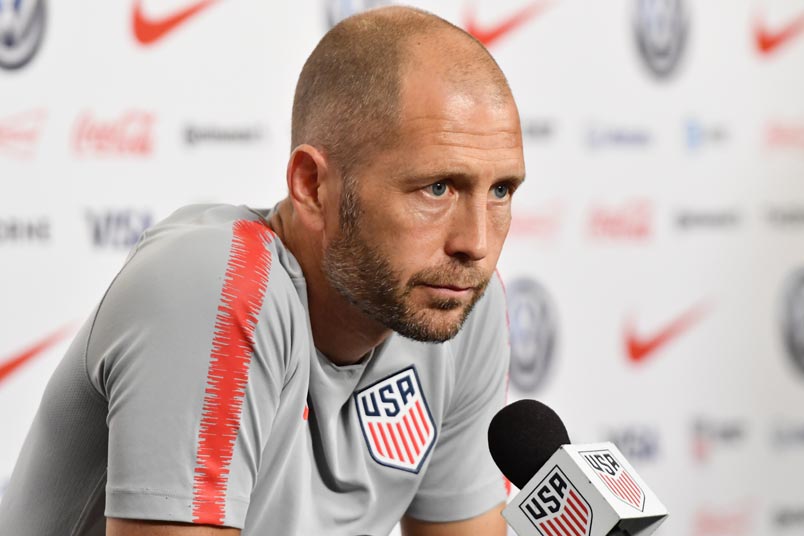 The soccer news starts with the USMNT closing out the September 2019 international window with a game against Uruguay in St Louis (8pm ET - FS1). For the USMNT, this is another opportunity to show progress with coach Gregg Berhalter's commitment to tactics. It comes after what many pundits took as a dispiriting loss to Mexico on Friday. Berhalter and the USMNT technical staff didn't feel that way, pointing to what they believe the team is getting right while recognizing the need for entertainment value.

"Listen, let’s be fair to fans," Berhalter said during Monday's press conference. "We have an obligation to the fans, and that obligation is to win games and entertain them. We’re trying our best."

Whether or not that's really a national team's obligation is an open question. Most fans balk at the idea of entertainment and would probably sub in showing progress. This is a program still in transition. That's not likely to change over the course of one friendly window. With Concacaf opting to move the Nations League final from March to June 2020, there's significant time between now and facing meaningful opposition in games that count. With the October and November windows dedicated to home and away dates with Canada and Cuba in the Nations League, the USMNT won't have the level of opponent necessary to know if their plans are working.

Berhalter made it clear that he remains committed to tactics that will eventually give his team an advantage. Against Mexico, that was playing out of the back. Against Uruguay, that could change. "Mexico is a team that traditionally high presses and we don’t expect that to be the case for Uruguay," Berhalter said.

What Uruguay represents is an opportunity to show that the USMNT can regroup and take something from the second game in an international window. That's important for all involved, since it's a tough argument that much was gained in in the 3-0 loss to Mexico. Uruguay raises the level of difficulty since they're a team well equipped to run at the USMNT and take advantage of any defensive weakness. The USMNT knows what it's like to have a stronger opponent target the weak link in the defense. Without their first choice defensive midfielder and with a back line that remains a work in progress, this could require a team defensive effort to slow down the Uruguayan attack.

For the USMNT offense, this was a window without Jozy Altidore as the target forward and now without Christian Pulisic and Weston McKennie in the attack. Berhalter's lineup choices need to protect a young group of players from a dispiriting 90 minutes against an elite squad. The USMNT technical staff is pushing back against the opinion that we already saw that happen against Mexico. It's a stronger argument if there's a clear result for the USMNT against Uruguay.

AP's Rob Harris on the rank and file European clubs coming out against proposed changes to the Champions League. The Independent's Tony Evans explains how the Premier League might be inadvertently creating a super league scenario.