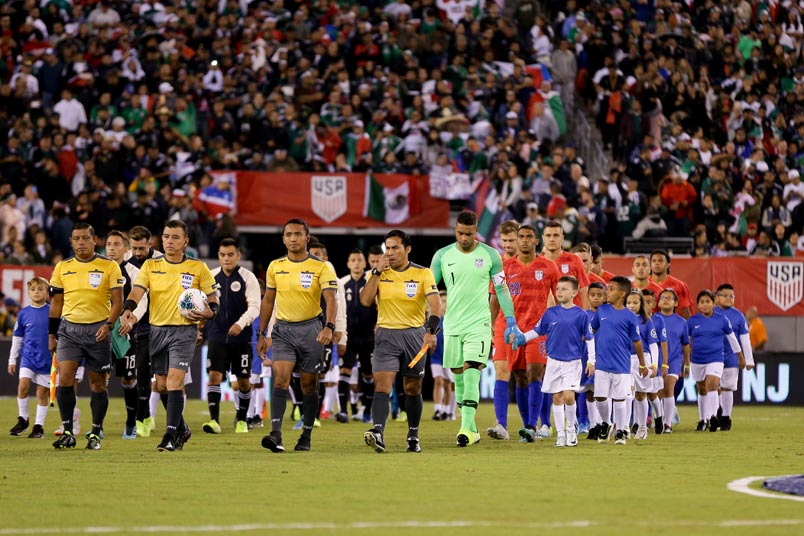 The soccer news starts with the conundrum for the USMNT’s technical staff. Gregg Berhalter is coach in part because of his plans to produce a distinct identity through tactics and strategy for this team. His plans were never about putting together a best available eleven in each window and allowing them to play to their strengths. Against Mexico on Friday night, sticking to that plan turned into a 3-0 loss.

More to the point, it sent a broader message about any national team coach trying to install a distinct tactical approach. There’s only a limited amount of time for any national team coach with a first choice group of players, and that’s showing in what the USMNT is trying to do. Though USMNT technical personnel might be pleased with the progress they’re seeing with this approach, that’s not going to mean a lot to the fans paying to see it in person or watching it on television.

What that’s creating is the latest conundrum for the program. Passing out of the back and playing the type of soccer that looks good in theory may eventually pay off for the national team, but not right now. If this were a club team, there might be time. Then again, we’ve seen creative coaches trying to do clever things slam up against an unforgiving schedule. It’s that schedule that determines success or failure.

The USMNT’s schedule has them playing the 5th-ranked team in the world on a converted baseball diamond in St Louis on Tuesday. Uruguay would loom regardless of the situation with this version of the USMNT and its technical approach. Now, it looks like another opportunity for the kind of criticism Berhalter and the rest of the technical staff are pushing against.

SI.com’s Grant Wahl on what Mexico got right in their friendly win over the USMNT. SBI Soccer’s Ives Galarcep with Christian Pulisic’s post-game comments and bigger points for the USMNT. The Washington Post’s Steven Goff on the differences between the USMNT and Mexico at MetLife Stadium. The NY Times’ Andrew Das has Mexico showing this version of the USMNT what it will take to be the best in the region. The Athletic’s Paul Tenorio questions USMNT coach Gregg Berhalter’s approach.

MLSsoccer’s Matthew Doyle looks at the abbreviated week 27 in MLS. The Sacramento Bee’s Tony Bizjak and Marcos Breton report on the next step for MLS expanding to Sacramento.