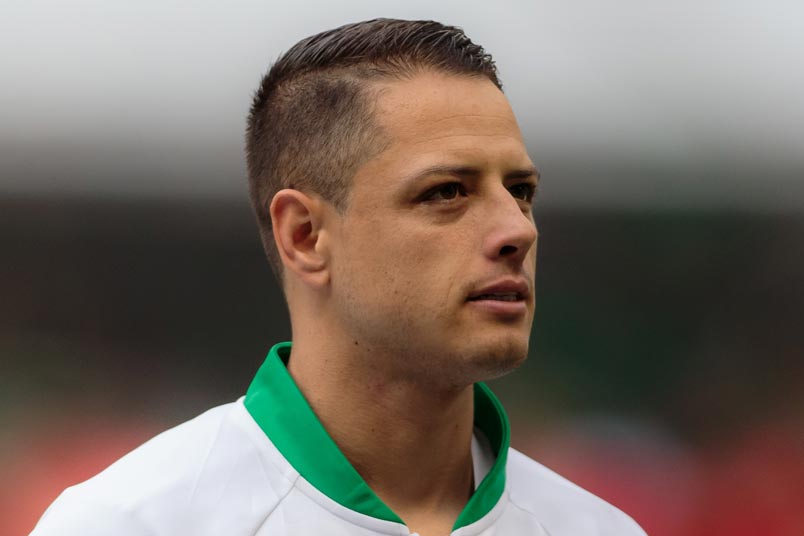 By Luis Bueno – RIVERSIDE, CA (Sep 4, 2019) US Soccer Players – As the summer winds down and temperatures begin to drop, the frenetic pace of players switching teams also slows. There was one late move though that sent a ripple through Mexico and MLS. It sent a message that at least one of the two leagues is not quite the buyer’s market that it appeared it was.

Javier “Chicharito” Hernandez bid farewell to the English Premier League and made his way south to Spain where he joined Sevilla FC on a contract that runs through 2022. Hernandez, 31, will have his second spell in La Lig. He used to play for Real Madrid, although with Sevilla he figures to be a first-choice player and go-to striker.

The move is logical, of course. An aging but productive player moving from England to Spain is not unheard of. What it also shows is that even though MLS has become much more of a coveted landing spot for in-their-prime Mexican internationals than before, there are still setbacks. The great white whale has once again eluded Major League Soccer.

Hernandez has long been a target of MLS teams. Although before, he was more of a fantasy grab than a potential transfer based on reality, the league has come a long way since he broke through in 2010. MLS is competing more and more in the transfer market as the league’s teams nab players with transfer fees with more regularity now than ever before. The league also uses transfer fees and higher salaries to entice players.

While most of those targets are young South Americans, the Mexican international is in high demand. Teams have been successful in acquiring such players, just not the most highly sought-after Tricolor player.

That means no Chicharito to LAFC to create a monster forward pairing with compatriot Carlos Vela. No Chicharito to Austin FC to act as the centerpiece for the new team when it starts play for the 2021 season.

No Hernandez now and possibly not ever. At this point, if Hernandez plays out his contract with Sevilla, he will be 34 years old. A mid-30s player looking for one last paycheck and one last hurrah is retro MLS.

Hernandez would have been a nice get for an MLS team right now. He is still quite serviceable in the Premiership. As he exits West Ham, he leaves behind a club for which he scored 17 goals in 60 official matches. Hernandez has already proven himself in Spain, having scored nine goals in 33 matches across all competitions while playing for Real Madrid in 2014-15. Between them, he bagged 39 goals in 79 games for Bundesliga side Bayer Leverkusen. Players who have had success in England, Spain, and Germany are wanted commodities in Europe. So too were Carlos Vela and Marco Fabian, both of whom joined MLS within the last two years. They made the move despite still having the chance to play at a high level in the Old World. Giovani dos Santos commanded a nearly $7 million transfer fee while LAFC brought Vela in on a deal worth nearly $6 million. Fabian joined the Union on a free transfer.

It’s an understatement to say that Vela has been worth it. He’s having himself an MVP-caliber season this year. Fabian has helped the Union contend for the top spot in the Eastern Conference and has the team poised to make a run at MLS Cup. Dos Santos had one good season but was otherwise a bust in his four seasons in MLS.

Regardless of transfer fees or their production, the league has become more of a potential landing spot for Mexican internationals. Hernández is showing that it’s not the ultimate destination for European-based Tri players quite yet.

It is getting there, though. Fabian’s move was a huge step towards that given his landing spot. Fabin didn’t go to a city like Los Angeles or Houston where there is a large Mexican contingent. Instead, he went to Philadelphia, a team that picked him up simply because it wanted a strong player with a good pedigree. Fabian fit the bill.

Vela and Dos Santos were the more familiar story. LA-based teams tried to get the jump on Mexican internationals in the hopes that it would serve a dual purpose. Draw Mexico fans and help the team win games.

That has been the tried-and-true formula since the beginning of the league. MLS used to chase after past-their-prime Mexican players like Hugo Sanchez in 1996, Carlos Hermosillo, in 1998 and Cuauhtemoc Blanco in 2005. That may sound unfair, but consider a past his prime Blanco was still one of the best signings in league history. Blanco in his prime would not have come to MLS.

Neither will Mexican players today. Hector Herrera and Hirving Lozano likely would not consider a move stateside. Neither would Jesus “Tecatito” Corona or Raul Jimenez. Those players not only can or do command a high salary and high transfer fees, but they are also off chasing dreams of playing in top European leagues and competing in the Champions League.

MLS cannot compete with that, but it can spend money. It would not be surprising to see teams throwing around eight-digit transfer fees with more regularity to players in an attempt to lure them to MLS.

The trend though is to throw that money to young South American players with upside. Miguel Almiron was a revelation for several reasons. Atlanta paid Argentine side Lanus $8 million to get him for the 2017 season, played him for two years en route to a championship, then turned around and sold him for a massive $27 million fee to English side Newcastle United. If teams can turn a profit anywhere close to that with regularity, then more MLS teams will spend the money.

Still, once MLS teams are forking over millions for transfer fees to young Mexican players straight from Liga MX, then the league will truly have evolved. Until then, the league will hopefully continue providing homes to more Mexican internationals looking to compete at a high level who have years of quality seasons left in them.