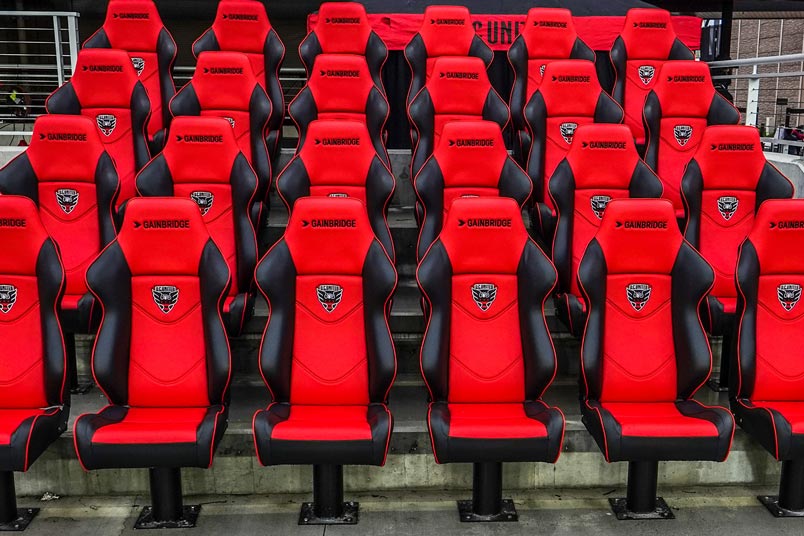 By Jason Davis – WASHINGTON, DC (Oct 23, 2019) US Soccer Players – So you made the playoffs. Congratulations! Doing so represents the bare-minimum for achieving “success” in Major League Soccer, a growing professional soccer competition that now boasts over 23 teams!

Though that number will soon grow well beyond 24 with five more teams joining over the next three seasons, the 2019 campaign delivered more than half of the league’s clubs into the postseason. It was possible this year to be nothing more than mediocre and still get a chance to play for a championship.

Playoff qualification used to be good enough. Good enough, at the very least, for coaches to keep their jobs and for clubs to try and sell fans on the notion that nothing major needed to change. From a first-round loss to a conference semi defeat, it was all okay.

Times, as they say, are a-changing. Escalating ambition, particularly among expansion teams in Atlanta and LA, has tilted the field. That puts the teams that simply qualify and nothing more in a very poor light. When Atlanta United and LAFC are chasing titles and expensive players, everybody will feel the heat.

So you made the playoffs! Sorry, we’ve changed the criteria for what constitutes “success”. If you’re not moving forward, wheeling and dealing, sending a clear message to your fans that a first-round exit didn’t meet your internal standards, aggressively marketing, maybe even springing a sudden stadium move on everyone, you’re not doing enough.

2019’s first-round losers don’t look as bad as those clubs that didn’t even get in the postseason. You’d rather be Minnesota United than San Jose. Narratives are strange, though. The general vibe around a club can be positive even when the playoffs end early, or a team doesn’t even get there.

That’s San Jose right now. Coming off a Wooden Spoon campaign in 2018, even fighting for a playoff berth in 2019 was enough to make Quakes fans happy. That’s largely because Matias Almeyda shifted the feeling around the team and committed to returning in 2020.

For teams who did make the playoffs in 2019, FC Dallas is the easy choice for a club that will be most satisfied in light of a first-round loss. First, there’s the game against Seattle itself. The Sounders were a 2nd-place team expected to see off a young, untested group who finished 7th in the Western Conference.

Nothing is easy in MLS, where parity still lurks. As these things go, Seattle appeared to be a safe bet. Instead, Luchi Gonzalez’s team pushed the perennial contenders to the brink with a spirited effort in front of a big, hostile crowd. In Gonzalez’s first year as a first-team manager, FC Dallas stayed on course well enough to get to the playoffs and nearly knocked off a more seasoned team.

That’s the kind of campaign that builds confidence. FC Dallas is young enough that there’s no need to sell fans on the future because everyone can see it. There’s a need to attract more fans, full stop, but that’s a different issue. A Dallas team built on its academy won’t suffer because they “crashed out” in the first round.

What if you’re not FC Dallas? What if your team isn’t all that young and your expectations coming into the 2019 season were just a bit higher? What if you’re oh, say, the New York Red Bulls? Can you look yourself in the mirror and say with a straight face that this year was a success?

If the Red Bulls hadn’t lost in the Eastern Conference final last year following a record-breaking season, it might be easier to swallow the pain of a first-round loss in the playoffs this season. If the Red Bulls hadn’t lost the way they did, wasting two different two-goal leads on a rainy day in Chester, bowing out in the opening match might be less deflating. If the Red Bulls weren’t constantly coming up short in the playoffs, there might not be serious questions about what comes next for one of two original MLS franchises still without a championship.

The Red Bulls’ corporate overlords are no longer willing to burn cash at a rate equal to or greater than their rivals. Far from an afterthought, New York suddenly feels like a team living on the margins. It doesn’t help that the club has taken to putting tarps over seats in a stadium purposely built to house American-sized soccer crowds.

New York won’t drift into irrelevance, not with that academy. However, the immediate future isn’t all that clear for head coach Chris Armas, club legend Bradley Wright-Phillips, or a host of key players who came up short last weekend. Making the playoffs probably isn’t good enough. Not anymore.

So you made the playoffs. Congratulations! Since you didn’t win your first-round matchup on the road in Toronto, your most famous player is on the first plane out of town. He’s headed to a place called “Derby” but pronounced “Darby” because he’s homesick-slash-wants to start a coaching career. Your grand experiment, the one that brought that world-renowned Englishman to Washington against all odds and paired him with a small Argentine player, ultimately ended in disappointment.

You’ve got a new stadium, so again, congratulations!. Unfortunately, right now no one quite knows what comes next. Is just making the playoffs a success? After a decade of hanging on for dear life as the league improved, throwing down a marker with the acquisition of Wayne Rooney seems like the type of thing that hearkens a new era.

Too bad that there isn’t another Rooney running around, looking for an American adventure. Rather, if there is, it’s not obvious who he might be. Will DC’s next step be to double-down with another chase of a big name? Or is there a reasonable argument that the whole club is due for a reboot?

The problem with treading water is that it doesn’t move you forward. “Not drowning” is hard to celebrate.

United made the playoffs. United finished 5th. Because both of those things are true and because change happened as soon as the final whistle sounded at Audi Field, it’s hard to see just getting to the postseason as an achievement. Mediocre teams make the playoffs every single season.

So you made the playoffs. Congratulations! You’ve met the minimum level for what we might agree is success in Major League Soccer. You might also be mediocre. Good luck with that.