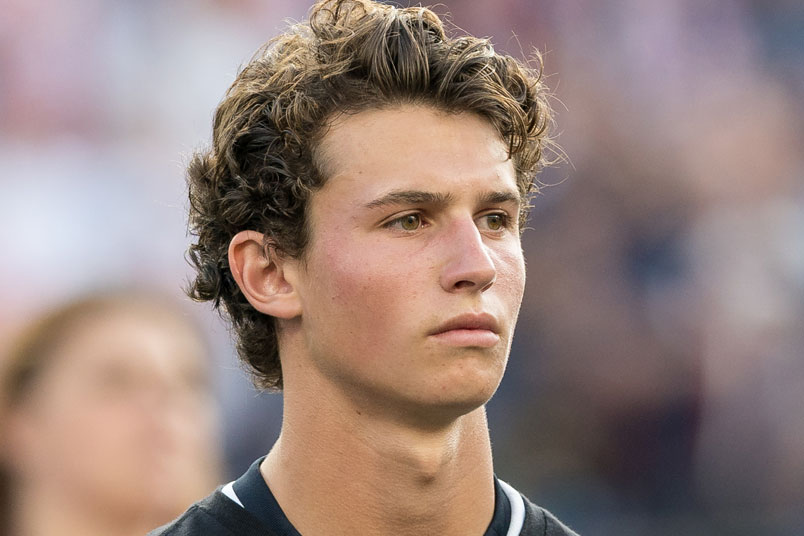 By Jason Davis – WASHINGTON, DC (Oct 4, 2019) US Soccer Players – No one said Gregg Berhalter’s job would be easy. Just the opposite. The 46-year-old coach walked into a rebuild expected to both win games and get his new team playing good soccer. If the job isn’t impossible, it stretched the definition. National team duty comes with limitations no coach would willingly choose if given the option. Case in point about just how difficult the job is: everything about it is fine lines and a distinct inability to make everyone happy.

It’s exceedingly rare when a national team coach is beyond reproach. Winning matters most. Because meaningful games are so few-and-far-between, winning games that satisfy the fan base doesn’t come often enough to satisfy that fan base.

That’s especially true when a coach has to balance introducing new faces to the player pool while also maintaining the competitive integrity to the team. Tilt too much in a young, inexperienced direction and the value of new introductions is lost in chaotic performances and bad losses. Lean heavily on the known quantity veterans with identifiable ceilings and miss out on the chance to develop new talent for the future.

In a window with only friendlies on the schedule, the balance tips to the side of getting young players minutes in the system. No one exactly knows what to make of a performance in a friendly with nothing on the line, but professional players representing their countries are rarely wont to pack it in. There’s always some level of effort. Young players often talk about the speed of the international game. That speed doesn’t disappear just because there are no stakes.

Friendlies are one thing. There’s nothing new about the discussion about their value. So what about the Concacaf Nations League? The new international competition played in FIFA windows withing the confederation to increase the number of games for the minnows of the region, many of whom can’t schedule decent friendlies? That’s something else altogether.

It’s new to start. The USMNT will begin Nations League play on October 11 when it faces Cuba in Washington, DC. The Cubans shouldn’t be much of a challenge. They got knocked around in Concacaf even before a handful of players defected during last month’s Nations League opener in Canada. It’s that second game against Canada on October 15 in Toronto that won’t be easy. The Canadians have talent, particularly in the attacking end of the field. They’re playing to improve their FIFA ranking to qualify for the CONCACAF Hexagonal starting next year.

The game in Toronto will be Gregg Berhalter’s first game as USMNT head coach on foreign soil. He didn’t pick the opponent, but there’s an extra element to the game because of the location and the competitive environment.

“This is competitive soccer,” Berhalter said when asked about the Nations League. “For us, it’s playing away games and playing home games that lead to a result in a tournament format which is important. World Cup qualifying is a crucial event, and these games will help prepare us. Any time there is a trophy on the line, we want to put ourselves in a position to win.”

Berhalter’s balance is less about the young, unproven names this time around. The opportunity to introduce new players to camp has gone, at least for the time being. There’s only one new name in the squad, Philadelphia Union midfielder Brenden Aaronson.

Aaronson has enjoyed a breakout campaign in MLS in 2019. It’s his first full year with the senior club after signing as a Homegrown Player in September of 2018. The 18-year-old midfielder has racked up 24 starts and more than 1600 minutes. All for a team that challenged for the Eastern Conference title until late in the regular season. Getting minutes in a good team with dreams of lifting an MLS Cup in 2019 is part of what caught Berhalter’s attention.

“There are two things that stand out about [Aaronson],” Berhalter said. The first thing is that he’s getting regular minutes, and the second is that he’s playing for a team that’s doing really well. We always look for that combination. He’s another case of getting a younger guy into the program, getting our eyes on him, and also letting him understand what it means to be in with the full men’s national team.”

Berhalter’s criteria are narrow, likely a product of the competitive nature of this window and a desire to further bed in a system that demands familiarity through most of the squad. While getting a slew of young players into camp is nice, balancing the progress made against that element further complicates the task.

Aaronson also serves as a guidepost for other players aiming for national team callups. Aaronson’s progress as a player is undeniable, and it occurred wholly within the first team of the Union. Accounting for the varying levels of play between nations and divisions is never easy. There’s no argument playing against grown men every week is important for a national team player.

Berhalter went on SiriusXM on Thursday afternoon and stated flatly, “It’s not our job to develop players”. That’s not a shirking of duty, but rather a fair assessment of how little time the national team head coach gets with players. Integrating new talent into the team is, therefore, less about identifying precocious potential and elevating it beyond its current status. Instead, it’s about tapping the players who have already shown the ability to play consistent soccer at a high level.

In other words, the USMNT, in a “competitive” window or not, facing a meaningful challenge or not, isn’t going to call in young players without significant time in a senior-level environment. At least not under Berhalter.

That might not satisfy the fans, but then, only winning will do that. Only a certain type of winning, a winning that comes against quality opponents in meaningful games with something on the line. Something more than the “Nations League”, whatever that is, against teams like Cuba (minnow!) or Canada (afterthought).

Berhalter can’t afford to make assumptions about the outcome of the Nations League games because that USMNT isn’t in a place to do so. The fans might not put much stock in wins against Cuba and Canada, but they would certainly scream bloody murder if either game delivered less than a win. It’s with all that in mind that the head coach of the USMNT chose his roster, called in Aaronson, all while trying to find that balance.