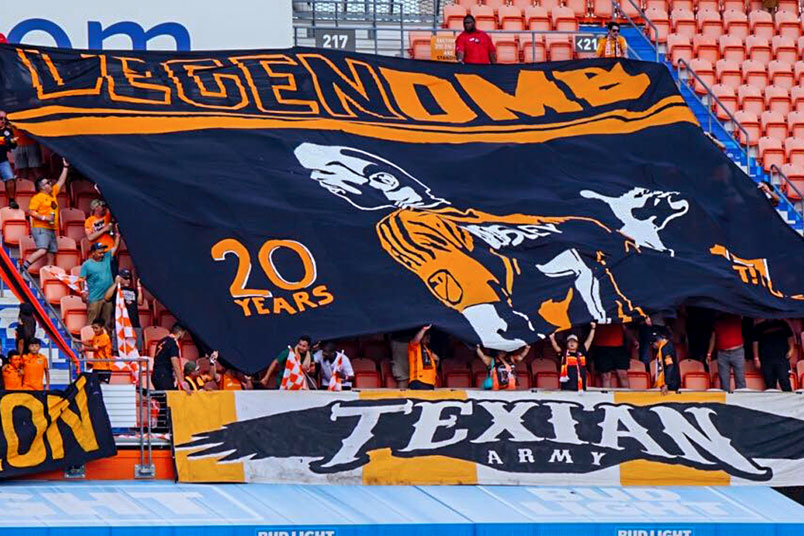 The 2019 MLS regular season concluded on Sunday with all games starting simultaneously on Decision Day. Atlanta United finished in 2nd-place in the Eastern Conference with a 3-1 home win over New England who finish 7th. Darlington Nagbe put Atlanta up in the 3rd minute with Cristian Penilla equalizing in the 8th. Josef Martinez put Atlanta up for good in the 49th and assisted on Julian Gressel's goal in the 57th minute.

"It was a great win for the team," Atlanta's Michael Parkhurst said. "We weathered some periods where they played quite well and had some chances, but we finished our chances well tonight. It’s good to go out there and set the tone for next time, we know that we’re going to face them again in two weeks. So,it was important to throw that at them and let them know mentally that we’re capable of scoring a bunch of goals on them. So to go into the playoffs on a high with a win is important and we’re pleased with that."

FC Dallas finished in 7th-place in the Western Conference with a 6-0 home win over Sporting Kansas City who finished 11th. Zdenek Ondrasek opened the scoring in the 9th minute with Matt Hedges making it 2-0 in the 12th. Santiago Mosquera added a third goal in the 51st with Michael Barrios scoring in the 54th. Ondrasek scored his second goal of the game in the 68th with Jesus Ferreria finishing off the scoring in the 73rd minute. Jesse Gonzalez kept the clean sheet with two saves.

"I did not want the season to be over before," Sporting KC coach Peter Vermes said. "I remember when we were starting with the home stand with Colorado and we were up 2-0. I really felt that we were in a good place. Next thing you know, we get a guy thrown out and we lose the game. I think that really put a fork in the team and I think they, at that point, didn't believe that it was possible to happen. It's been a struggle from the staff's perspective to try to keep the guys motivated for the length of time that we've had to."

In DaMarcus Beasley's final game, Houston beat the LA Galaxy 4-2 at home. Houston finishes 10th with the Galaxy in 5th-place. Zlatan Ibrahimovic put the Galaxy up in the 9th minute with Christian Ramirez equalizing two minutes into stoppage time. Cristian Pavon scored for LA in the 54th with Alverth Elis equalizing in the 62nd minute. Elis assisted on Ramirez's second goal in the 83rd with Memo Rodriguez finishing off the scoring four minutes into stoppage time.

"This is what the Dynamo is about," Beasley said. "The way Dynamo played, we really showed that today. For me, I’m happy we got a win and this being my last game, I can definitely retire now. If we would’ve lost, I would’ve had to come back. Nah, nah I’m just kidding, kidding, kidding. Great game.”

LAFC beat Colorado 3-1 at home in Tim Howard's final game. LAFC already won the Western Conference with Colorado finishing in 8th-place. Carlos Vela scored in the 28th and 31st minutes to set the new MLS single-season scoring record. Kei Kamara pulled a goal back for the Rapids in the 40th with Vela finishing off his hat-trick in the 51st.

Montreal shutout the Red Bulls 3-0 at home to finish 9th in the East with New York 6th. Bojan opened the scoring in the 23rd minute with Maxi Urruti doubling the lead in the 37th. Orji Okwonkwo finished off the Montreal goals in the 62nd. Clement Diop needed one save to keep the clean sheet.

Chicago came back to beat Orlando City 5-2 on the road to finish 8th in the East with Orlando 11th. Tesho Okindele scored for Orlando in the 5th minute with an own-goal leveling the score in the 17th. CJ Sapong scored for the Fire in the 61st with Aleksandar Kata extending the lead in the 63rd. Przemyslaw Frankowski made it 4-1 Chicago in the 67th. Orlando's Benji Michel pulled a goal back in the 74th with Frankowski scoring again in the 87th minute.

“I think we accomplished that goal, which was the importance of winning the last game and finishing the season positively with a lot of goals like we did today," Fire coach Veljko Paunovic said. "I think another important thing is the fact that this team won on the road for the second time this year. That shows that there is improvement. Unfortunately, we feel like we ran out of time. In the last two months, we found our form and the team was playing properly. There are a lot of things to learn from and to improve, and we also think there is good times coming for the club and for the team. So, we are looking toward the future with a positive approach.”

NYCFC beat Philadelphia 2-1 at Talen Energy Stadium with New York already Eastern Conference champions and Philadelphia finishing in 3rd-place. Ronald Matarrita put NYCFC up in the 7th with Ismael Tajouri-Shardi doubling the lead in the 22nd. Marc Fabian converted a Union penalty in the 87th minute.

Portland beat San Jose 3-1 at home to finish 6th in the West with San Jose 8th. Larrys Mabiala scored for the Timbers in the 29th minute with Chris Wondolowski equalizing in the 39th. Dairon Asprilla put Portland up for good in the 59th with Sebastian Blanco scoring in the 75th.

"I think that it's always disappointing not making the playoffs," Wondolowski said. "It's always your final goal and something that you want, but at the same time I felt that we built a foundation where we're not bailing out water anymore. We finally have a secure foundation, know what to do, know our identity and can really build on that and go forward."

Seattle shutout Minnesota 1-0 at home to finish 2nd in the West with United 4th. Roman Torres scored the game's only goal in the 29th minute with Stefan Frei making one save to keep the clean sheet.

Toronto shutout Columbus 1-0 at home to finish 4th in the East with the Crew 10th. Alejandro Pozuelo scored in the 58th minute with Quintin Westberg making two saves to keep the clean sheet.