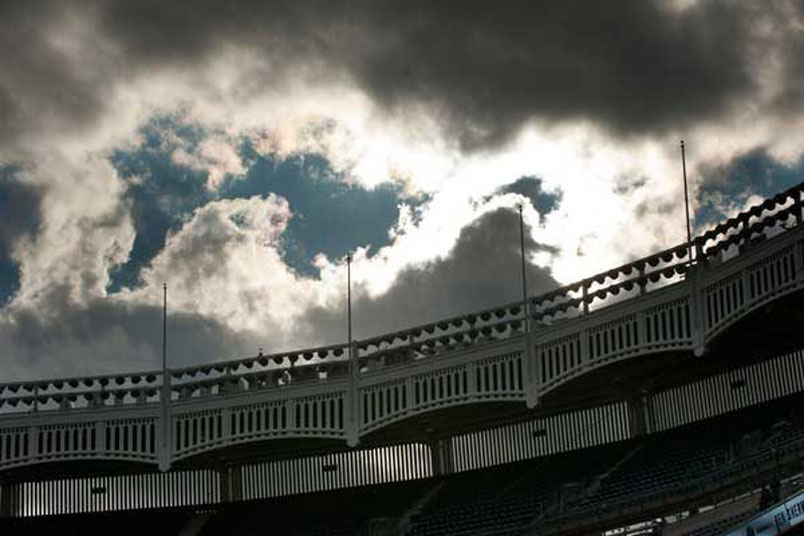 By Clemente Lisi – NEW YORK, NY (Oct 14, 2019) US Soccer Players – Playoff fever has certainly gripped New York. With the brisk fall weather this month comes another season where baseball fans hope their beloved Yankees can win yet another World Series. At the same time, both NYCFC and the Red Bulls are in the playoffs. While the intersecting of baseball and soccer is rare, it’s not entirely something that’s out of the ordinary. The biggest concern to emerge over the past few weeks is the possibility that both the Yankees and New York City FC could go deep into the postseason. That would be a logistical nightmare for one of the two teams that share Yankee stadium.

It has already been an arduous task throughout the spring and summer to convert Yankee Stadium into an MLS facility. It’s not an ideal situation for either team. That’s why MLS has insisted on expansion teams playing in soccer-specific stadiums. It’s why even older MLS teams have opted to build their own homes, shunning baseball diamonds and NFL stadiums in the process.

The situation now with both teams in the playoffs highlights the problem for a soccer team doesn’t have a stadium to call its own. As of now, the schedule could see the Yankees and NYCFC crossing paths at home. If that happens, it’s no surprise that the team with their name on the building takes priority. This happened back in September of 2017 when a makeup date for the Yankees pushed an NYCFC game to Rentschler Field in East Hartford, CT. That resulted in plenty of trolling by the Red Bulls and their fans on social media.

NYCFC has been searching for a new home from the beginning. Yankee Stadium became a temporary site in part because the baseball club owns a 20% stake in the soccer team. City Football Group owns the rest as the club’s investor/operator. The hunt for a soccer stadium within the five boroughs is still on.

Should the Yankees defeat the Houston Astros in the American League Championship Series, that’s when scheduling conflicts with NYCFC would emerge. NYCFC plays in the Eastern Conference semifinals on October 27 at home. That’s the same day that Game 2 of the World Series would also take place. It’s very likely that the Yankees could be hosting that game.

As a result, NYCFC already has a contingency plan in place. The team would play its home playoff matches in nearby Queens at Citi Field, the other Major League Baseball stadium in New York City. That plan isn’t as bad as playing in East Hartford, but it’s not what anybody associated with NYCFC or MLS would want. NYCFC had to move a second home game back in 2017 due to the Yankees, playing out their Decision Day finale at Citi Field.

“We’re extremely proud of the team’s achievement this season and finishing top of the Eastern Conference will provide us with a great platform as we enter our fourth consecutive playoff campaign,” said NYCFC Sporting Director Claudio Reyna. “Should Yankee Stadium be unavailable, we feel extremely comfortable playing our games at Citi Field which has proven to be an excellent alternative venue for the club.”

By clinching the top spot in the Eastern Conference, NYCFC would play at home for every game in the postseason. They would also host MLS Cup should Los Angeles FC, the Supporters’ Shield winners, fail to reach the championship game. As a result, Citi Field would also host the Eastern Conference final, either on October 29 or 30, should NYCFC get that far. Games 6 and 7 of the World Series are on those days.

Scheduling conflicts remain should NYCFC advance and LAFC doesn’t. The 2019 MLS Cup is set for November 10 as the top-ranked seed, they would potentially need to find another alternative venue. Yankee Stadium is scheduled to host a college football game between Princeton and Dartmouth the previous day, meaning that the stadium would have just 24 hours to convert the field to soccer. It currently takes the stadium crew three days to switch Yankee Stadium from baseball to soccer. Citi Field, meanwhile, will be hosting StadiumLinks golf that weekend. Another alternate venue for the league’s marquee game is something MLS wouldn’t want to see.