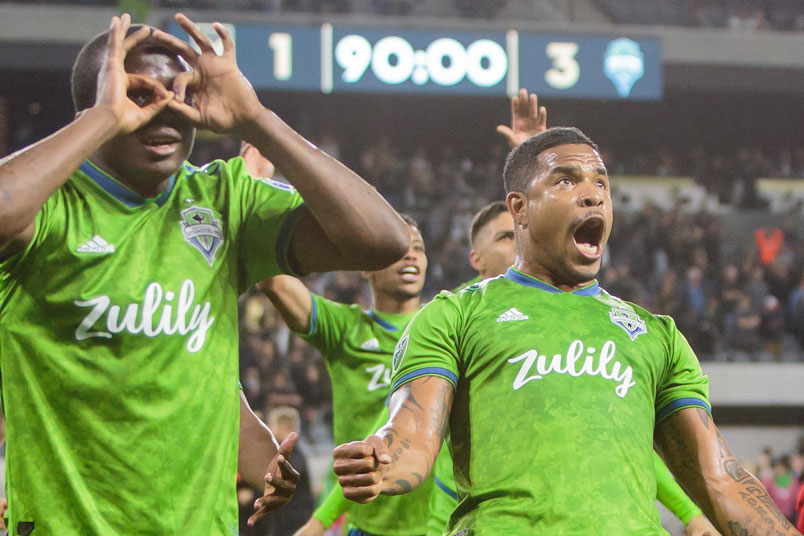 The soccer news starts with a shock result at Banc of California Stadium. The Seattle Sounders knocked LAFC out of the playoffs, winning the Western Conference final 3-1. Eduard Atuesta put LAFC up from a freekick in the 17th minute. Raul Ruidiaz equalized for Seattle in the 22nd minute. Seattle took the lead through Nicolas Lodeiro in the 26th with Ruidiaz scoring again in the 64th minute.

MLSsoccer’s Bobby Warshaw looks at Seattle’s tactics and why they shut down the LAFC offense. The Seattle Times’ Matt Calkins stresses the self belief of the Sounders. The LA Times’ Kevin Baxter on LAFC’s playoff exit. ESPN’s Jeff Carlisle with the best team in MLS this season not advancing.

In the second round of the DFB Pokal, Weston McKennie subbed out in the 72nd minute in Schalke’s 3-2 win at Arminia Bielefeld. Alessandro Schopf opened the scoring for Schalke in the 15th minute with Benito Raman adding goals in the 25th and 31st. Arminia Bielefeld scored in the 72nd and 77th minute. Bobby Wood was on the bench for Hamburg’s 2-1 home loss to VfB Stuttgart. Falling behind to a 2nd minute penalty, Hamburg’s Aaron Hunt equalized from the penalty spot in the 16th. With the game in extra time, Stuttgart scored in the 113th minute.

Lynden Gooch missed Sunderland’s League Cup exit at Oxford United in the Fourth Round. Trailing from the 25th minute, Marc McNulty equalized for Sunderland in the 78th. Oxford United advanced 4-2 on penalties. In the group stage of the EFL Trophy, Luca de la Torre’s Fulham U-21s lost on penalties at Stevenage. Trailing from the 35th minute, Timmy Abraham equalized for Fulham a minute into stoppage time. Stevange advanced 4-2 on penalties.

Jose Torres wasn’t in the squad for Puebla’s 1-0 loss at Veracruz in Liga MX. The game’s only goal came in the 49th minute. A league down, Rubio Rubin subbed out in the 63rd minute for Dorados’s 0-0 home draw with Atlante.

The Daily Mail’s Nathan Salt tells the story of Leganes in La Liga. Football 365’s Dan Bridges on the importance of the midweek La Liga games. DW asks about the Bundesliga table.